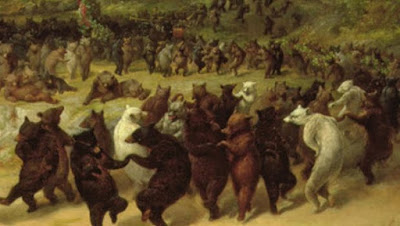 Not really wanting to get off on the wrong foot with them, I politely told them that I had purchased one of the units,  was living there, and wanted to learn more about the property and the management thereof.
They told me it would "probably" be Ok if I listened in, BUT couldn't comment, and this was A Board Meeting and NOT the general property owners meeting.
Yes, I am aware of that, but you see in the Board Meeting Agenda you sent out it states:

II.  CALL TO ORDER
Owners are welcome and encouraged to attend.   The Open Forum time for Homeowner's input is limited to 15 minutes (3 minutes each) at the beginning of each meeting.  Once the Open Forum is closed, all Owners are welcome to stay and listen to the business before the Board of Directors, however, additional Homeowner interaction and input is only allowed if the President of the Board calls upon a Homeowner.

Apparently they don't read their own board Agenda mail outs. They finally settled down to business, while keeping a wary eye on me as I sat quietly and kept my mouth shut, mostly...

I quietly left just before the Adjournment.  I might have heard a couple of big sighs as I was going out the door, but I could be wrong...

Property owners meeting is next month, this is going to be interesting.

SIL Marianne sent me a text today.  They are back at the river house through Sunday, and did I want to come and fish.  "Damn straight, I will be there with my pink pole, wine, & steaks Friday afternoon." Marianne and I both have hot pink poles. 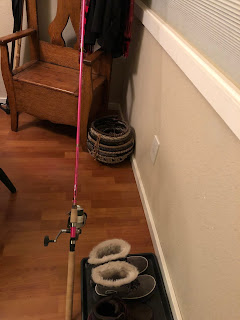 We have a little friendly side bet on who can catch the most fish with a pink pole. She got a lot of teasing from the guys when she first got hers, but she has out fished the guys with that thing.
I can't go sooner as Jacey's jeep is not running well, so I'm the HS bus til Friday afternoon.
Marianne said they had been fishing for two days and nothing. Today they caught eleven Walleye! Bring it on...
Posted by Brig at 12:21 AM 22 comments:

It was BIL Mark's birthday last week. My SIL Shelley invited my granddaughter Jacey, her boyfriend, and I to a small family party.  I was in a bit of a quandary as to what to get Mark.  He pretty much has everything.  A while back I came across a leather bound journal made by a small mother-daughter business in Wyoming. 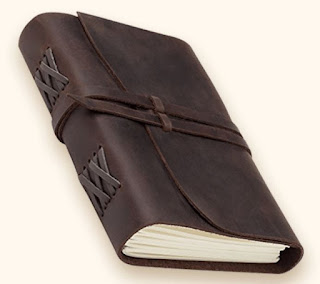 Ordered it and tucked it away in the gift box.  I have to admit I took it out a few times thinking I might just keep it for myself.  Then I would feel guilty about that and put it back.  Got down to the wire on a present for Mark and decided that the journal would have to be it.  Now I'm not exactly sure what rep I have in the family, but when I handed him his present he said, "Yes!!!, you got me a bottle of The Best Whiskey, didn't you!"  "Ahhh, nope."  His response to that was, "huh".   He sighed, and slowly opened his present. And he loved the leather bound journal. Said he used to keep a journal and had been meaning to start another, and this was perfect.  whew...
SIL Shelley is by far the best cook I have ever known.  At the small family gathering for Mark's birthday she cooked & served: steak, salmon, shrimp scampi, tortellini, insalata caprese, artichokes, grilled corn on the cob, green salad, and sour dough bread with her nephew's wine. 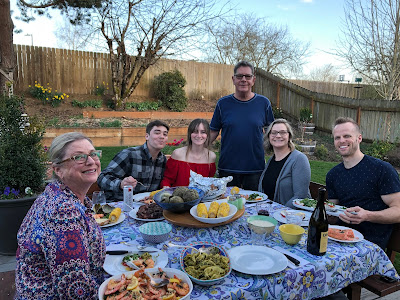 Everything was delicious, as usual. This is her idea of throwing something together. She is awesome!

My cousin, who runs two of the cutest air BNB's in Portland, came over Friday and we went to an estate sale.  She was looking for things for the houses, and I still needed a few things for the hovel.  She found a nice metal stand that will work well in a nook, and some retro dish towels.  I ended up with an oak mission style chair for the living room, 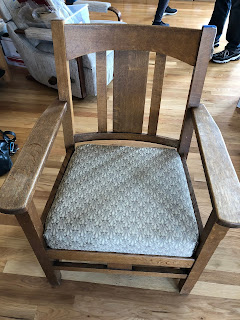 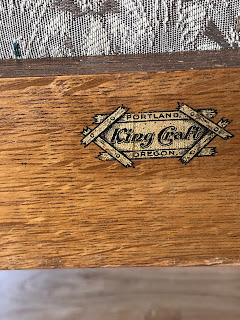 and an antique wedding ring quilt for my bedroom. 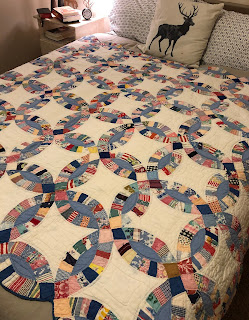 The prices were more than fair. After that we scouted out some future venues to take in.

Next we are planning to take my granddaughters and a friend of theirs for a girls day at the coast. Yay, road trip.

Started up the Tahoe, turned up the heater, blasted the tunes, and hit the road a little after noon on Friday.  Traffic wasn't bad at all after I got across the river and out of the Portlandia metro area.
Took my time, still some pretty good snow on the south side of the gorge. The roads were dry and the sun was out. The scenery was spectacular, as ever. I never quite get over how big the Columbia River Gorge is. 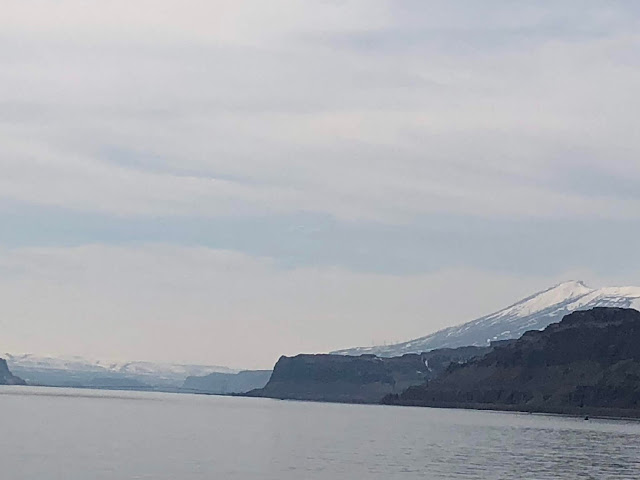 Made it to BIL Don & SIL Marianne's river house and was greeted by the dogs, Gracie, a wire haired Griffon, and Joe, a German short hair pointer.  The door was unlocked, the house was warm, and the smell wafting from the chukar in the crockpot was heavenly.  Texted Marianne that I was in camp, and soon got a reply to put on layers, and meet them at the dock. Hurriedly stowed my gear, put on layers (it can get damn cold out on the water there), and hustled down to the dock.

After hugs for Don, Marianne, and Pearl (the poodle) we headed up river, baited hooks, threw out our lines and started some serious fishing.

Don and Marianne are nearly always hunting or fishing. They don't do stupid, or unprepared. They are really good with grandkids, guns, dogs, boats, and drop in relatives by marriage...
Under Don's watchful tutelage I got lucky and managed to reel in my first walleye. There is no limit on walleye, but I was the only one to boat one that day.
After we got off the water & back to the house, had let the big dogs in, and eaten a delicious meal of chukar, Marianne and I proceeded to finish the wine I brought. There was a lot of catching up to do, so it was quite late when we finally went to bed.
I wake up early no matter what, habit after all these years.  Don's an early riser too, so he and I discussed a multitude of topics, everything from politics to lures while we finished off the first pot of coffee.  After Marianne got up, we layered up, kenneled the big dogs and headed back to the river.
It was colder than cold early on, but there was hardly any wind, so it was bearable.  Lots of boats out working the early morning bite.

We fished til mid afternoon. I caught another walleye, and Don & Marianne both caught two. They were all good size fish.
We went in earlier than normal as Don & Marianne had to drive home to Prineville before leaving to charter boat fish at the coast early Sunday morning.

Loaded up my gear, petted the dogs one more time, thanked my BIL & SIL, and came home. It was a short but much needed break.

I know I've been slacking in the posting department, and in order to rectify that to some small degree I'm posting this Hodgepodge.
~~~
The weather here has been much like the rest of the country, changeable... 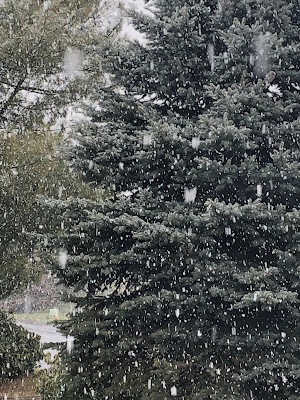 ~~~
I drive by this immaculate little working farmstead at least twice a month.  Neat as a pin, the whole place. 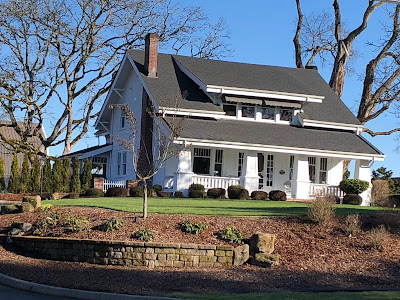 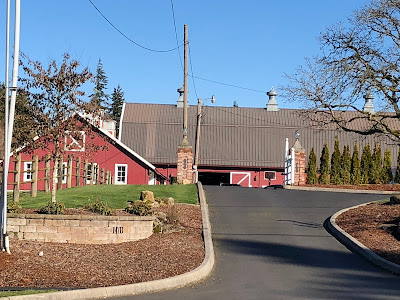 ~~~
Finally, found a rug for the 'not so great' room. Been looking every since I moved in, all were way too expensive.  This wool 9x10 in the colors and a pattern I like was waiting for me to find it at goodwill for $27.  Only has one small frayed corner, which I can easily repair, and needs a good cleaning, but that will wait for warmer weather. 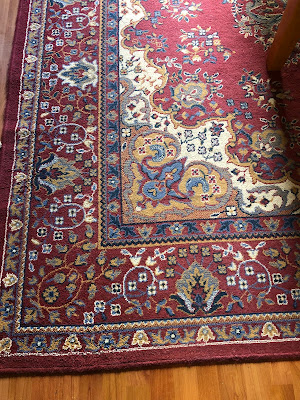 Participated in the church's blood sucker event yesterday. They were giving these T shirts to donors, go figure.  I didn't get the reference (haven't watched the Game of Thrones series) to "I bled for the Throne" til they explained. 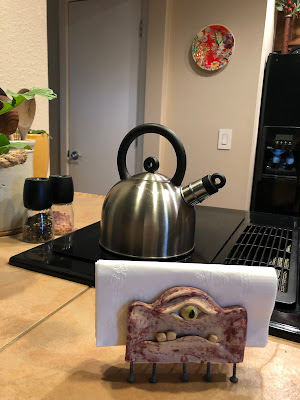 (I love this thing, it makes me laugh every time...) 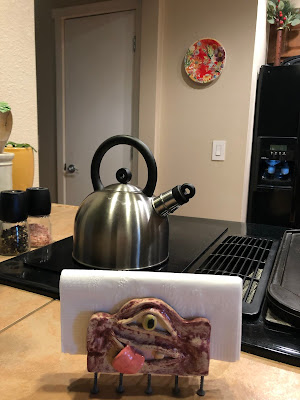 by the granddaughter that lives with me. 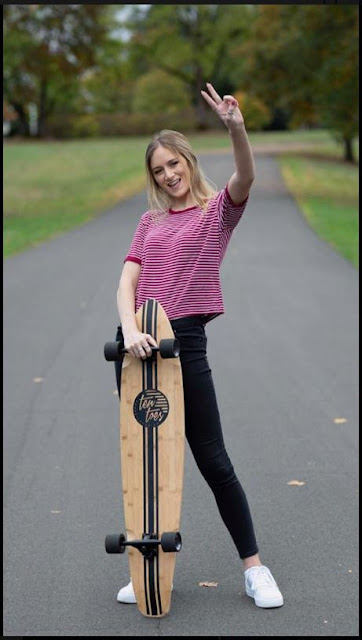 ~~~
BIL & SIL have invited me to their river house on the Columbia to go walleye fish'n with them this coming weekend. Prayers up the weather cooperates.
Posted by Brig at 5:35 PM 22 comments: