Back to it after a whirlwind couple of  days with Marymine and crew.  It was good for my soul to spend time with them. A crazy busy time: talking, sharing stories, meals, shopping, hauling kids every which way, and going to graduations.
First night was Lauren's 8th grade graduation 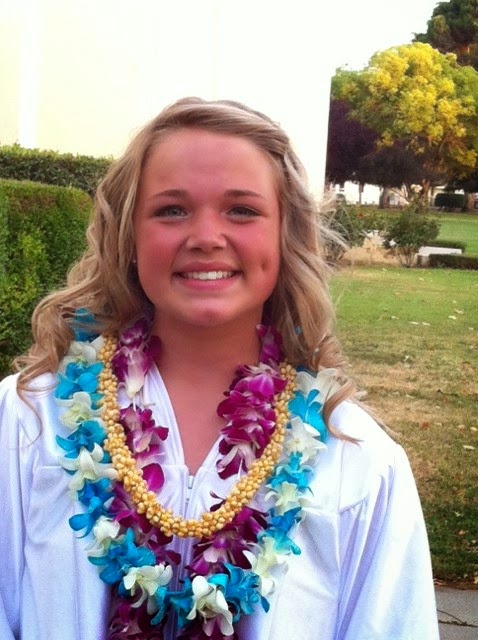 Ali is home too, so there was a lot of hugging going around. Cody couldn't make it but will have a short leave the end of next month before reporting to Bethesda. I will hopefully get to see him then.
Marymine's yard looks wonderful with the new landscaping, and her veggie garden is growing like gangbusters.  We both like repurposing things... this is her new fire pit: 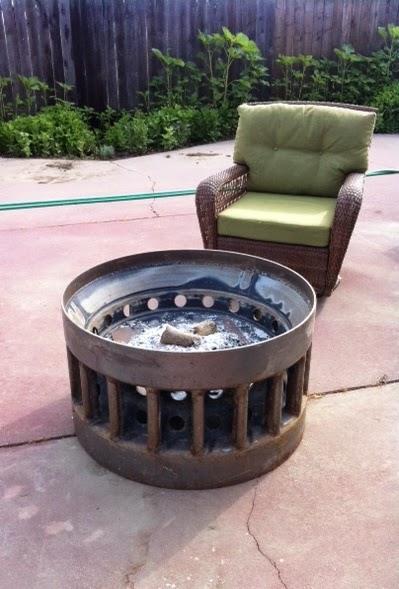 Colt got it for her, and welded a steel plate in the center to lay the fire on.  Works like a charm. Do you know what it is?
Posted by Brig at 11:39 PM 8 comments:

Labels: graduations, what is it?

Since it is Throw (way) Back Thursday... 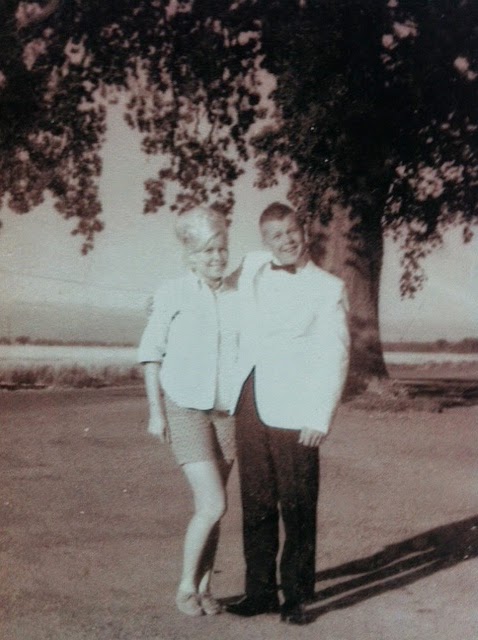 I think this picture, which is so old it's B&W, was taken the day my brother Buzz graduated from Jr High.  I sort of remember being that young and hugging him.
Two of my grandkids graduate this week, one from high school and one from middle school.  The HS grad, Colt, is going on to diesel mech school.  It is what he wants so he can come home and run the mech end of the farming operation. He knows where his talent lies, and a kinder, more giving young man would be hard to find.
The soon to be high schooler, Lauren, is Miss sports, and has her grandma's quirky sense of humor and fierce loyalty to her family.  Or so I am frequently told by her mother, Marymine. She wants to be a physical therapist this week, mainly because she likes helping people and is a bit bossy...hmmm.
Ali is home on summer break from SouthWestern, and Cody is getting ready to go to Bethesda. So for a few moments in time  I will get to hug on them, and hold them tight.

Garden is in, and there are fresh veggies on the way.  I wasn't putting one in this year and then I was... 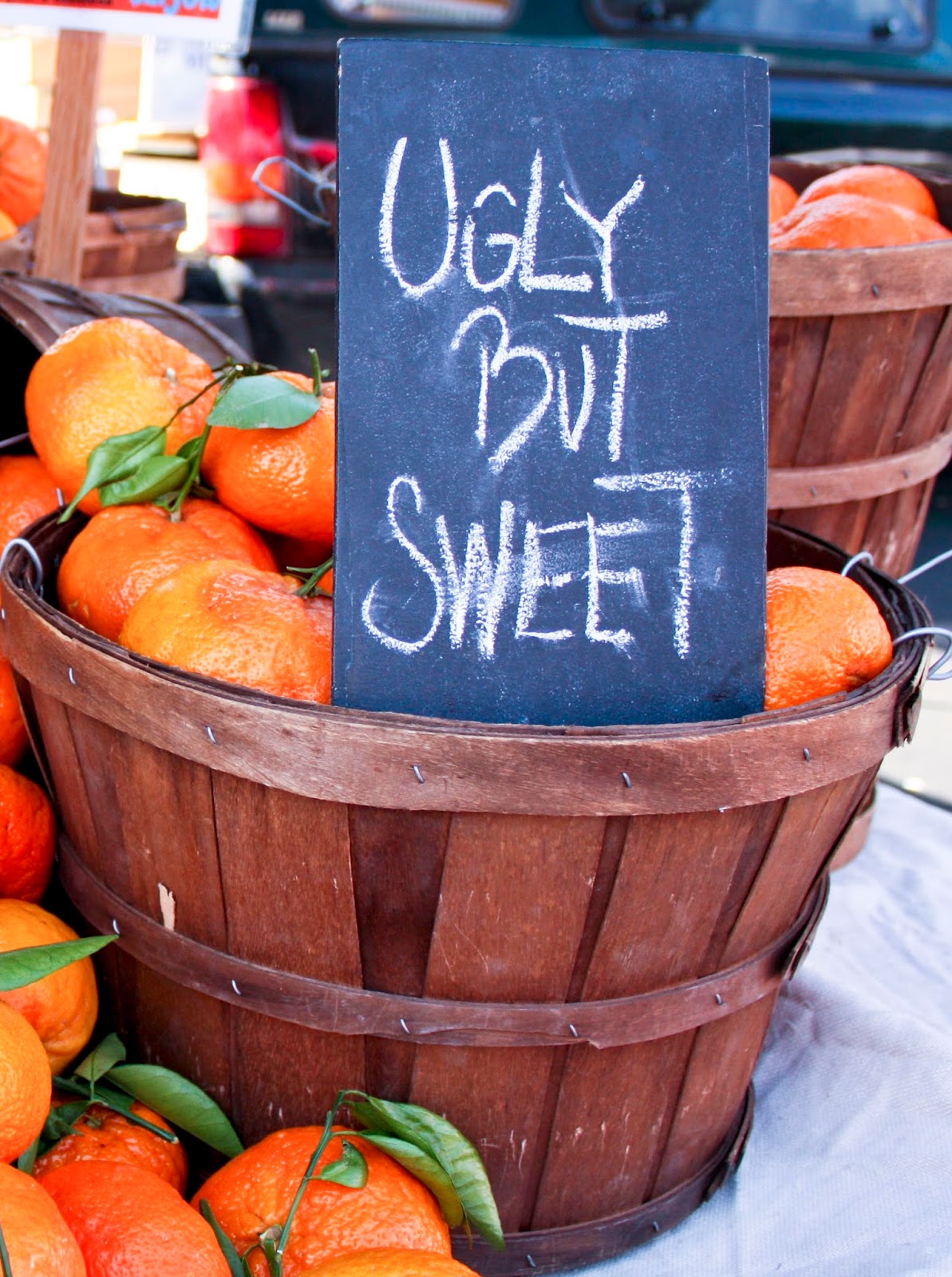 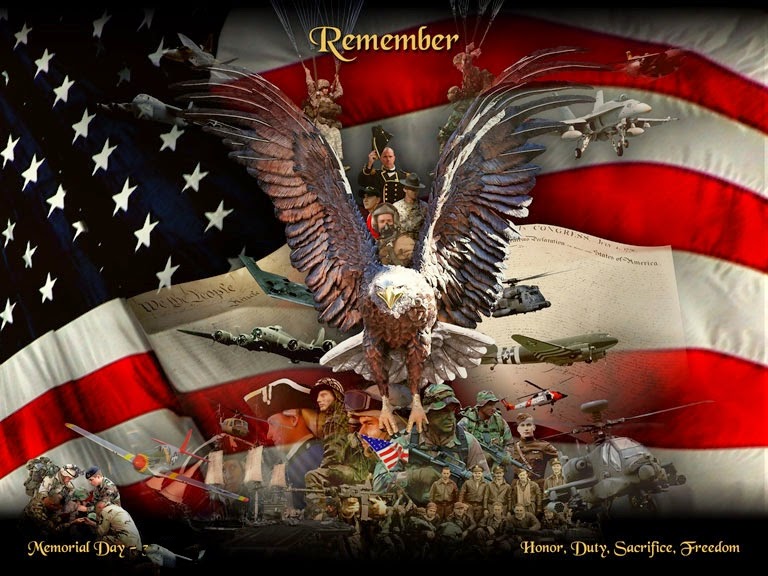 "It remains very much to be seen whether or not this nation will "long endure" as civilization's greatest exercise in personal liberty balanced by personal responsibility. Which is why the words of Abraham Lincoln on the constitutionally protected, individual-centric and equality-driven nature of that freedom - and the terrible, unfathomable and heartbreaking cost at which it comes - are just as meaningful, just as relevant today as they were nearly 150 years ago when they were first recited at Gettysburg.

Don't let the dead have died in vain. Use your freedom wisely. And have a safe and, hopefully, reflective Memorial Day weekend." 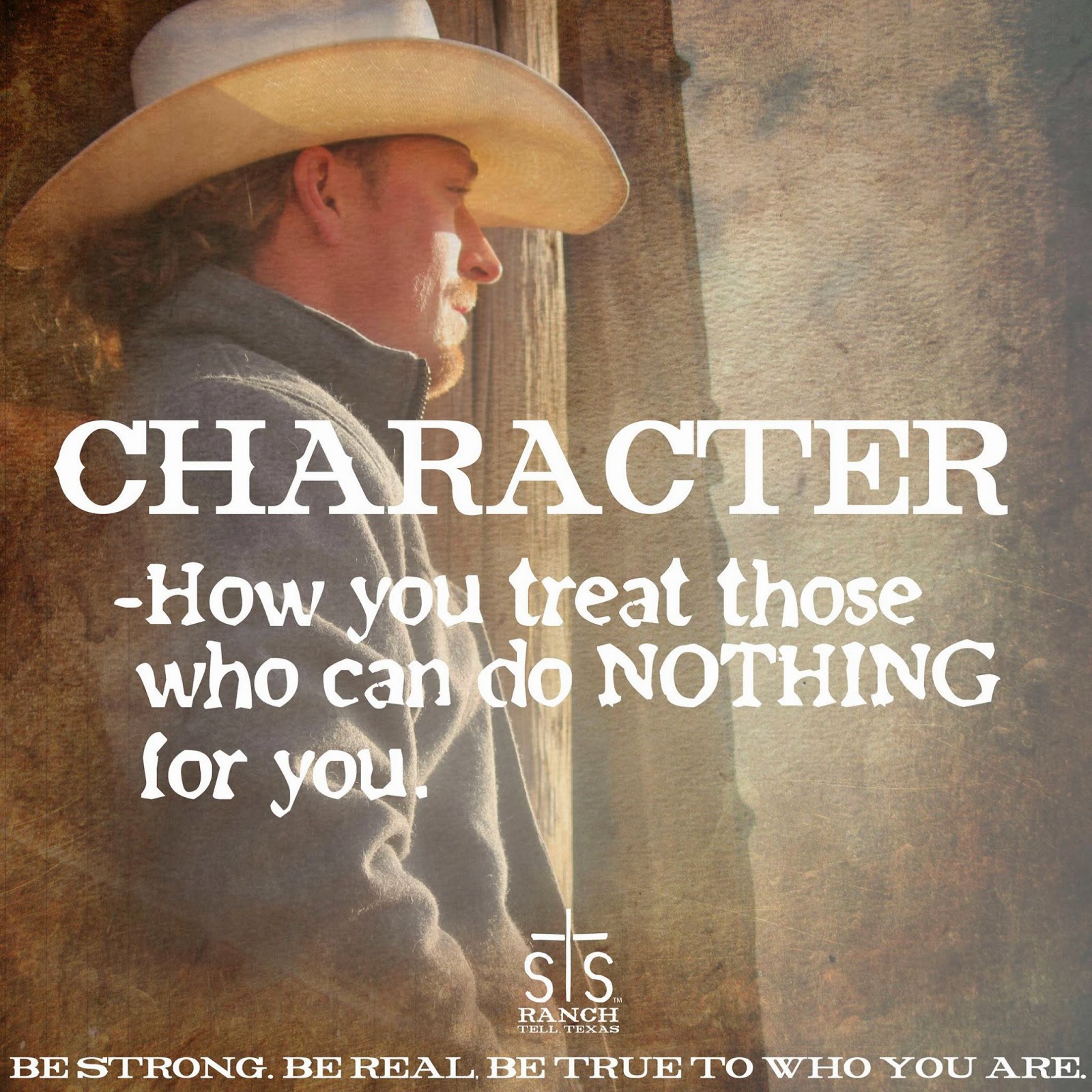 I don't much care for this twitchy feeling that I have had all last night and today... like the stuff is about to hit the fan.  After these many years I have learned to heed the feel. Now, I need to be strong, be real, be true to who I am.
Posted by Brig at 12:57 PM 12 comments:

We had YeeHaw weather today.  Much cooler than the upper 90's we have been having, with beautiful white clouds in a blue blue sky this morning.Perfect morning run/walk/jog weather.
Willie does not like to leave the house at early early to run up & down hills thru the oaks. I don't quite get why that is, but then about a mile out he sorta wakes up.

He also gets cranky that I boot him out of bed so I can make the bed before we leave.
Where the "must make the bed" before leaving the house quirk comes from I'm not sure.  I had hoped that my immediate family would let this & a few other quirks go unnoticed all these years, and they have.  But, a first cousin stopped by the other day and one of the first things she said was... "When I was little I always loved to stay with you, because you always slept with the windows open and one foot outside the covers, and you always made the bed first thing..."
"ah well,"  I said, "I still do."
I didn't tell her that when I was going through a teenage rough patch, I spent six months sleeping on the floor beside my perfectly made bed.  I think it had something to do with rebellion that my bed had to be made just so to pass mother's inspection, or maybe I was just too lazy to make it to mother's standards.  lol, I can't remember why I finally decided it was a heck of a lot more comfortable sleeping in a bed.
Though the "have to make my bed" has remained with me, it does  not  appear  to   be  gene related because none of my kids or grandkids have this quirk.
Posted by Brig at 10:52 PM 10 comments:

"Are you crafty?" he asked.
"hummm... no not really, I just like to learn how to do things that could be considered crafty!" I said.

Any granny can crafty
sew, 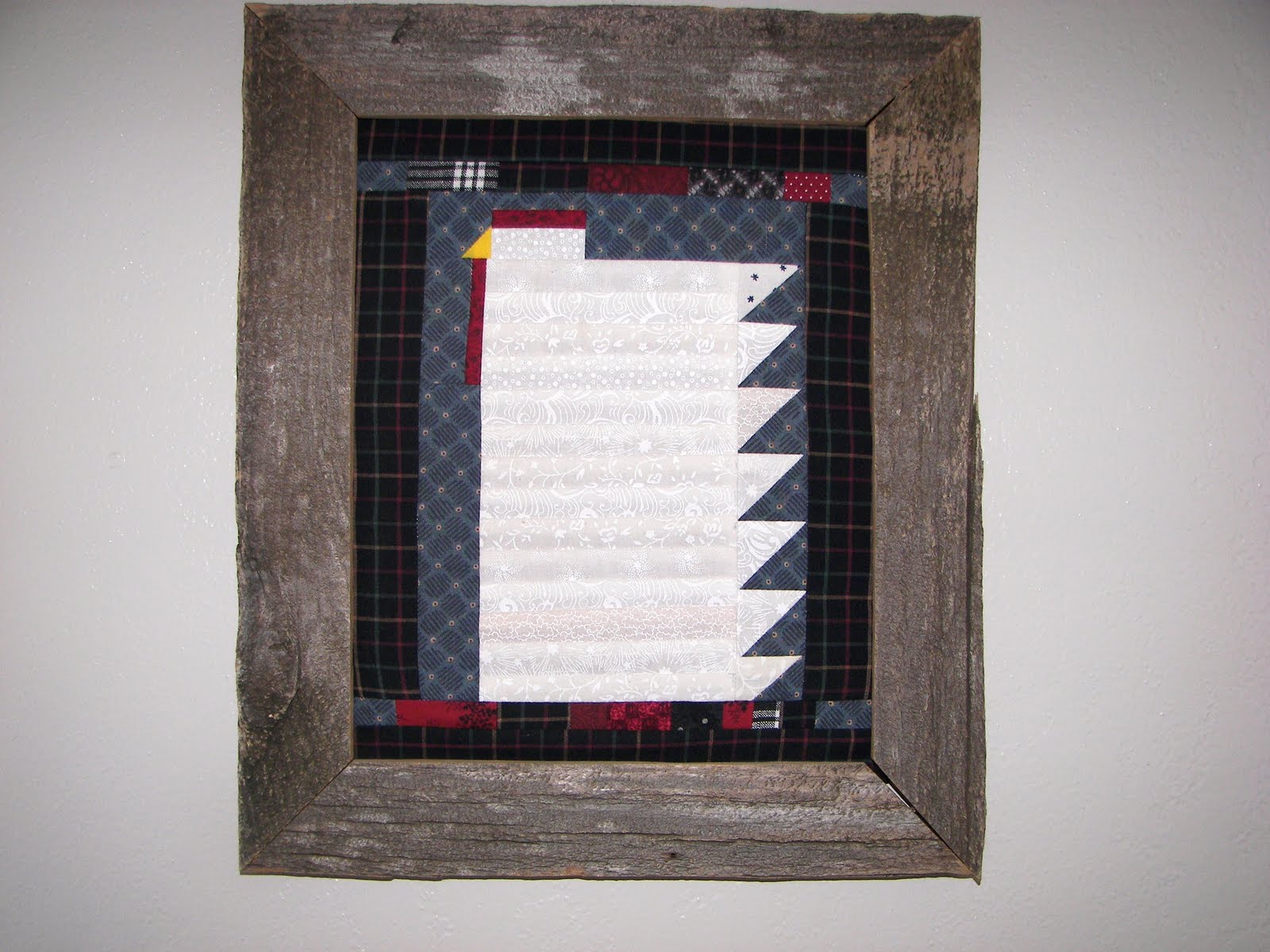 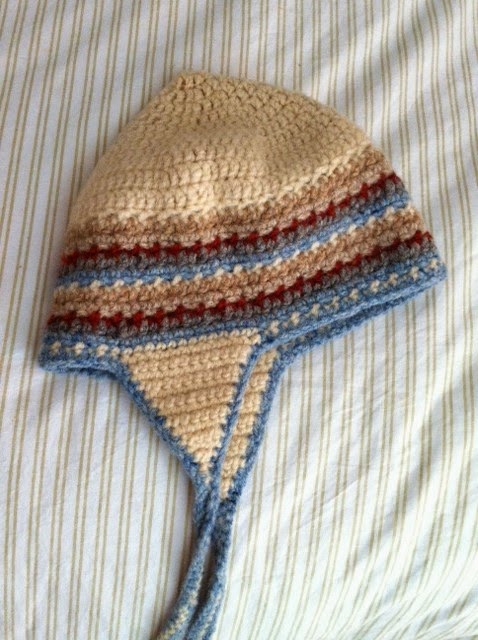 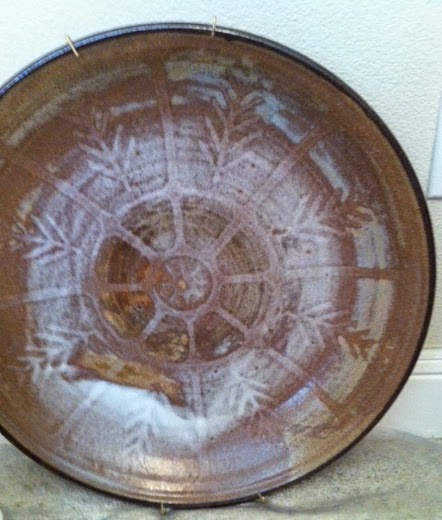 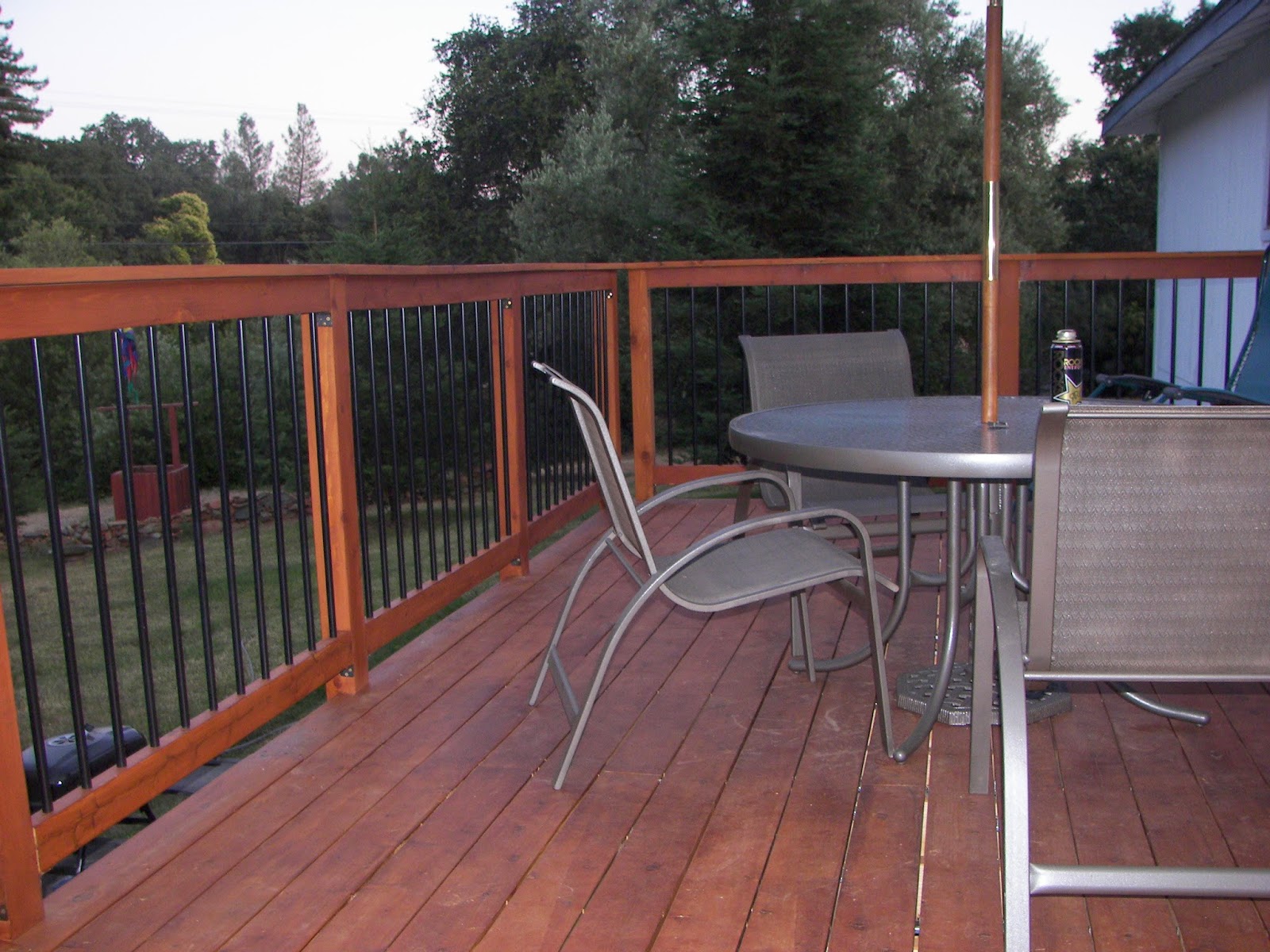 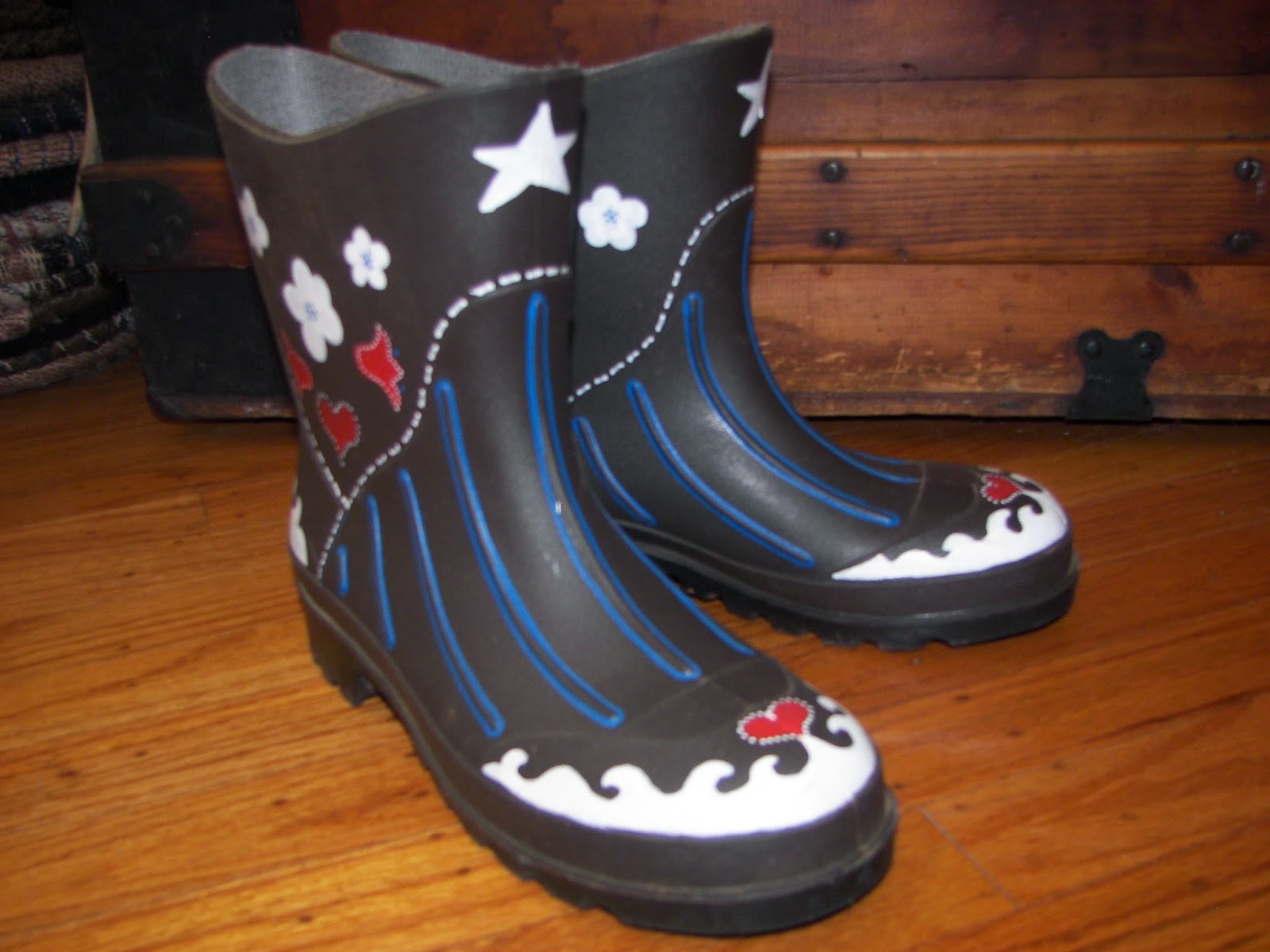 But being Crafty has many connotations.  I haven't learned this bit of craftiness yet,  but I'm working on it...

aah... craftiness for a granny with a lot of grandkids to protect!

A recap ...of sorts...
Ol Swampy (Dad) has finished refurbishing his fishing boat.  New carpet, rod holders, tie downs for the gas tanks, a new driver's seat, and a new receiver, license, registration, and tags.  He was getting ansey to hit the water and fish, I asked him to holdup a bit...  as I planned to add a couple of little things: like a new quick coupler for the fuel line, a fire extinguisher, and a first aide kit. With those added, I put the Lone Wolf tee shirt over the new seat to give it a bit of character, and he was ready.


He and his cronie took the boat out and had a good day on the water. No fish were caught, but they ran into the F&G marine biologist and he gave them the low down on where the fish were for next time.  I hope to work it so I can go to.  I need to come up with a fitting name for that boat.

I've been saving up for a long time to get a kayak, and finally got to a budget point that it felt doable.  Nothing fancy, just something to get me on the water.


Got the whole kit, and the kind man at the sporting goods store helped me put the kayak on my little suv's roof rack, tied it down and I was good to go. I stopped once on the way home to check the tiedowns,  but there were no problems at freeway speeds with a strong cross wind.

Thing was, two of us put it up there and I want to be able to do it all by myself.  So when I got home I went to take it off the roof rack and that damn thing is slippery as snot.  I did get it off, and we won't say much about the mirror I knocked cattywampis nor the screw that I knocked off the kayak.  There is the thought that my tire sensors just haven't found that screw, yet.
My sister-in-law called to say they were kayaking the river the next day.  YeeHaw, I'm all in!  Thing is, I'm still bound and determined to load and unload the kayak by myself. So again we won't say much about my struggle to get it up on the roof racks and in doing so busting off my antenna. Ah heck, the radio still works and I'm not big on satellite tracking anyway! Next day we kayaked the river for about ten+ miles with a strong head wind, shot some rapids, dodged some big boulders, did the spin in a couple of whirlpools, and saw a lot of critters, fish, and birds.
The river is low, cold, and clear, which will make you sick if you look down thru the water to the bottom while moving at speed, who knew.   I managed to ask so many questions of my BIL, that he finally said, "I Don't Know how many knots the river is running at, the water temp, or ...!" I like him, he's a good man. After we came thru a dicey set of rapids, my SIL paddled over to me, took a look at my face with the ear to ear grin and said, "OMG, there is totally no fear in your eyes!"  Why would there be, I loved every single minute of it.