I've pretty much healed up from the LV trip... Who knew you could get laughing moon burn in a hot tub!
The day we left home, in the rush to get out the door at O dark thirty, I put my cell phone in my everyday purse (which I did not take). Didn't even realize it, til I went to scan my boarding pass, thank goodness I had printed a confirmation copy and stowed it in my carry on. I didn't take even one pair of cowboy boots, the cowcamp honor was upheld as Marymine and granddaughter Ali both wore theirs.
All of us arrived at McCarran airport about the same time and traveled to the house we rented. It took about five minutes before there were twelve of us, (with wine in hand) in the hot tub.
We had a great time, saw some interesting stuff, did some interesting stuff, ate at the house for the most part (there are some fantastic cooks in the family), drank a lot (there are a few in the family that worked their way thru college as bartenders), and we spent a lot of time laughing.
Never had any problems, but then it was a "very" well armed group of ladies.

the younger part of the crew, (between the lettering is the family brand in bling)

Some of us hadn't seen each other since we scattered the Cowman's ashes up at the fort, so we got to catchup on hugs, and tall tales, and laughter.
Marymine said I was, unusually, very well behaved. She only had to grab and hold me back once, and that was on the late night flight home. A balding, full of himself man, was setting behind me and hustling hard on some hoochy gals across the isle from him... which was entirely his business, except that he was very loud. Geez, I was just going to whisper in his ear:Sierra-Tango-Foxtrot-Uniform
We all had a great time, and have made plans to do it again, soon.  The next time we are going to the coast, and bringing our men!  Well, they are bringing their men, and I'm bringing myself and a kayak...
Posted by Brig at 4:24 AM 11 comments: 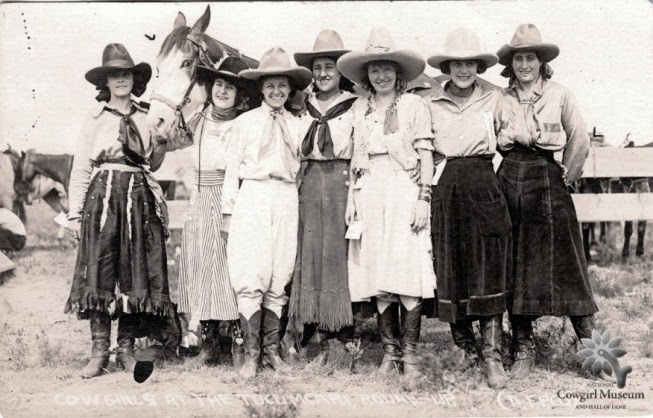 Four sister-in-laws, five nieces, my daughter, my granddaughter, and I...
flying to LV from all over the West, to spend four days together.
What could happen? There are endless possibilities...
Posted by Brig at 5:00 AM 11 comments:

My grandsons are just as awesome in their own way, as the grand girls.  They have raised and shown steers as well, but it really isn't where their hearts are.

The youngest, Colt is a talented mister fix-it farmer, he can weld like nobody's business, always with a smile. 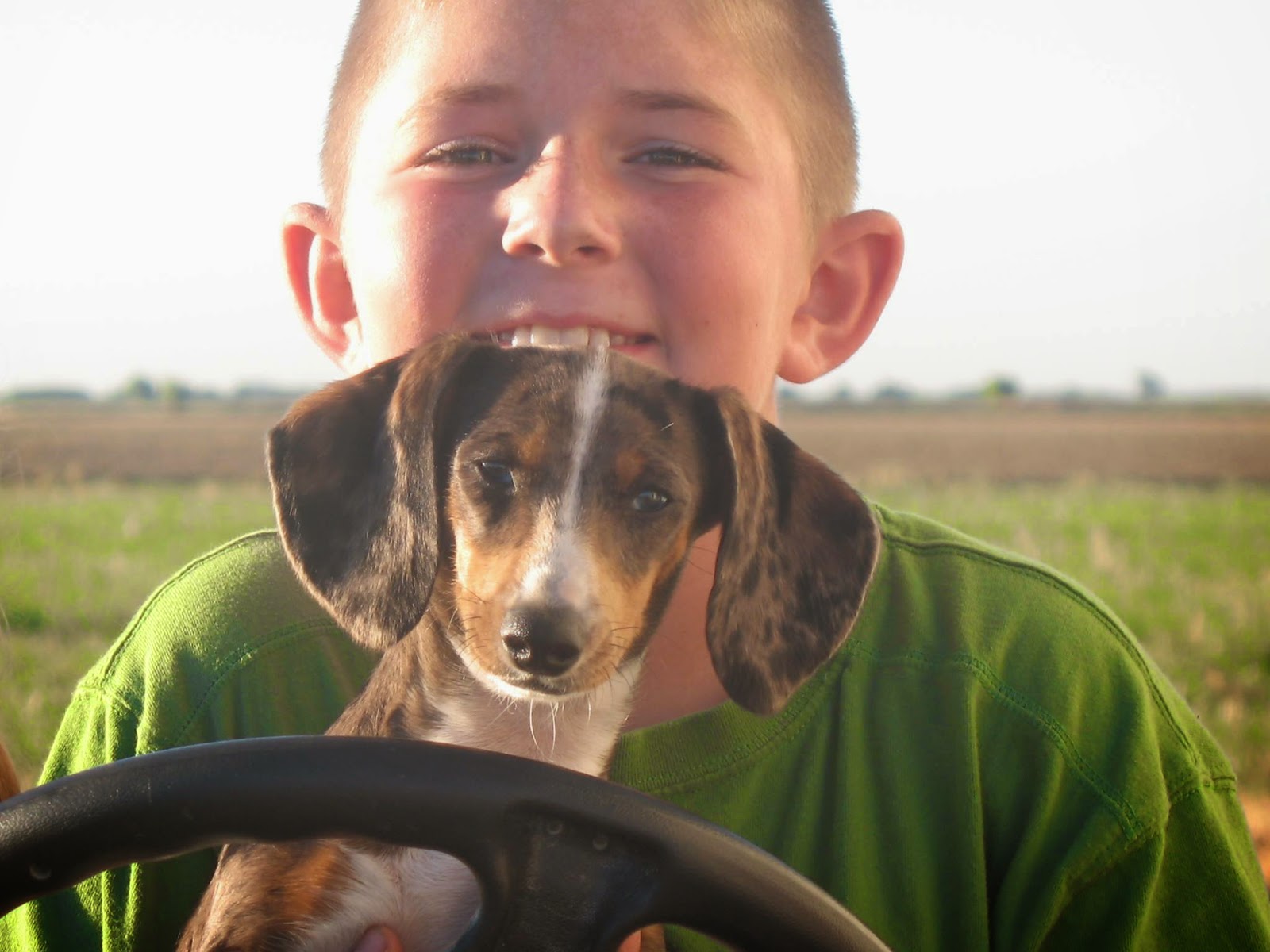 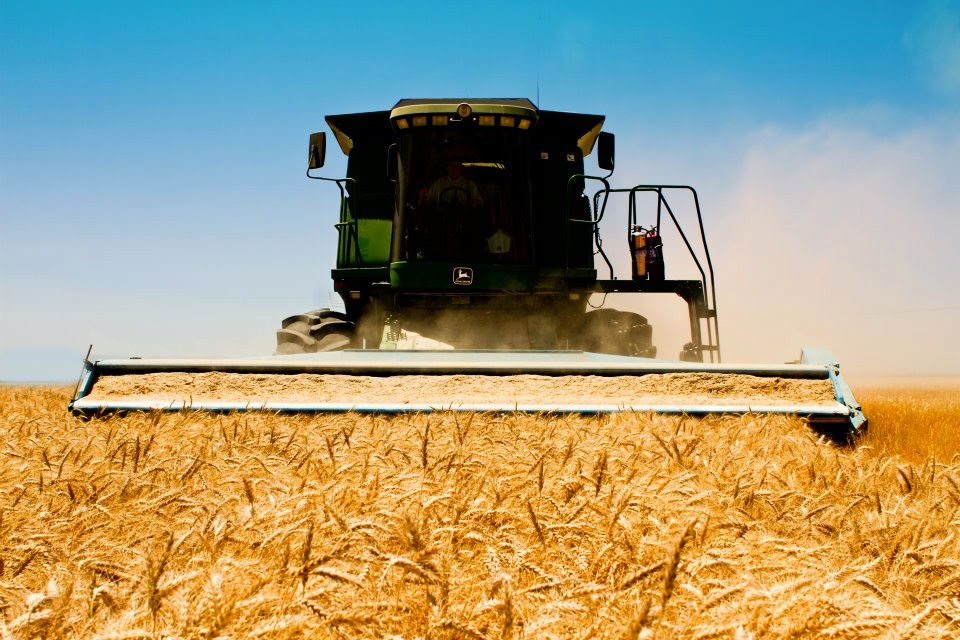 I had a bunch of pics of his award winning welding projects, his goose pots are truly a thing of beauty,  but my phone cloud sent them to a far distant galaxy..! 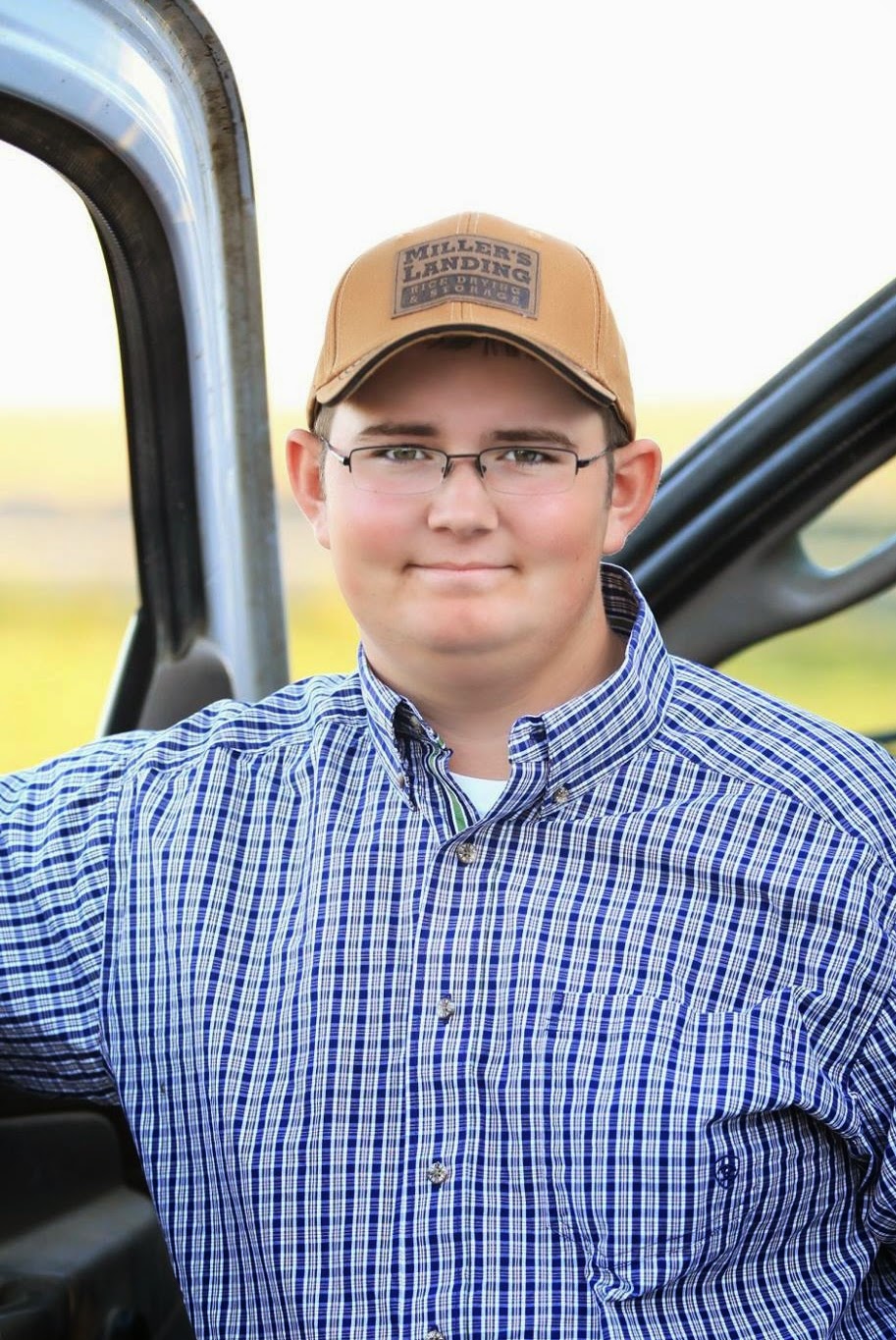 The "save your life down range" Corpsman, is really into what he does: 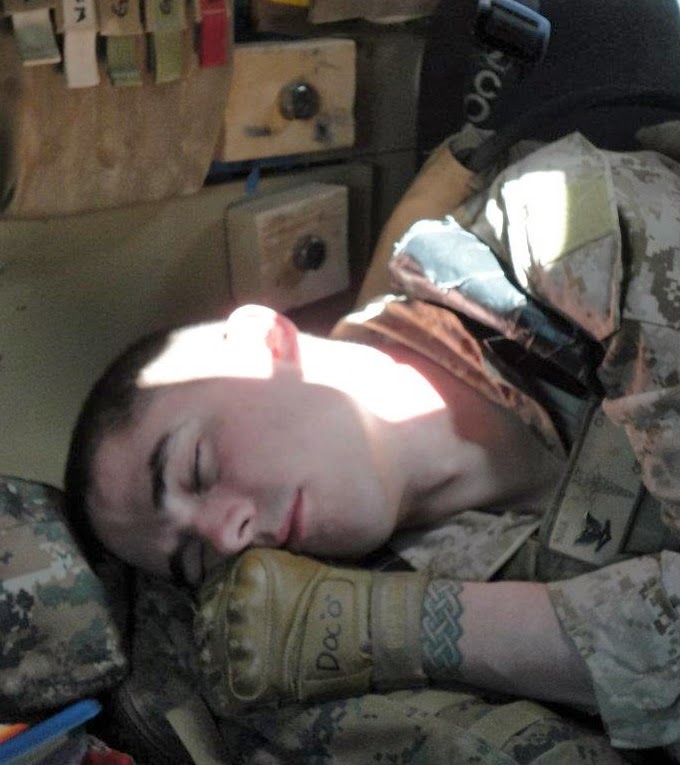 Cody (the corpsman) is an awesome photographer too, and always trying to improve his craft. 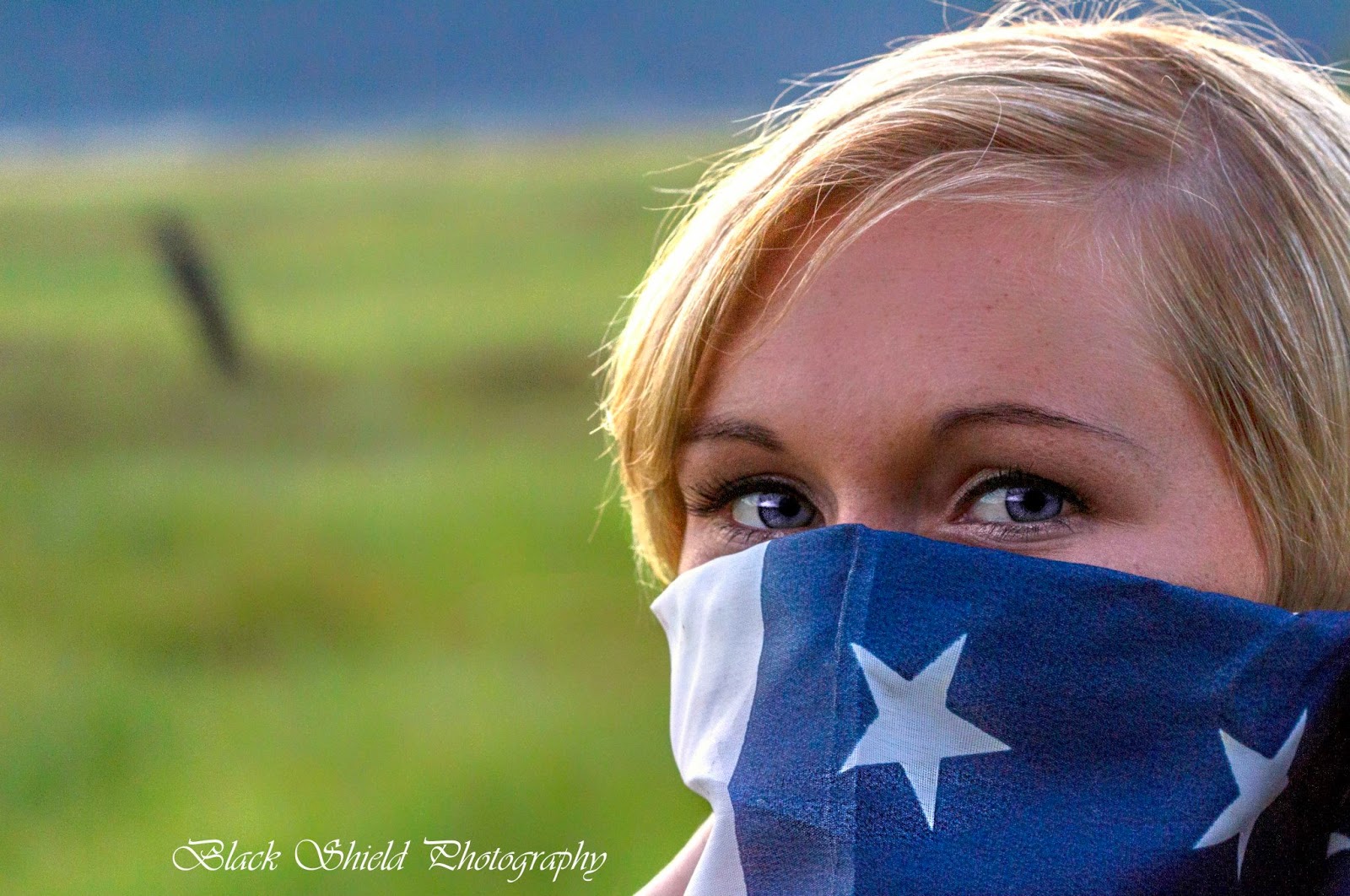 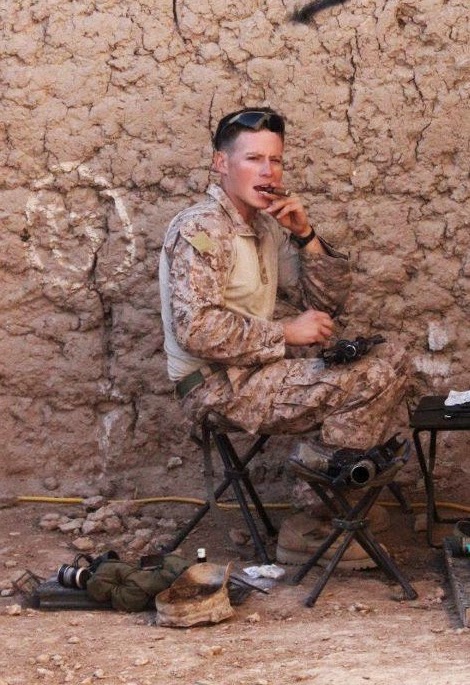 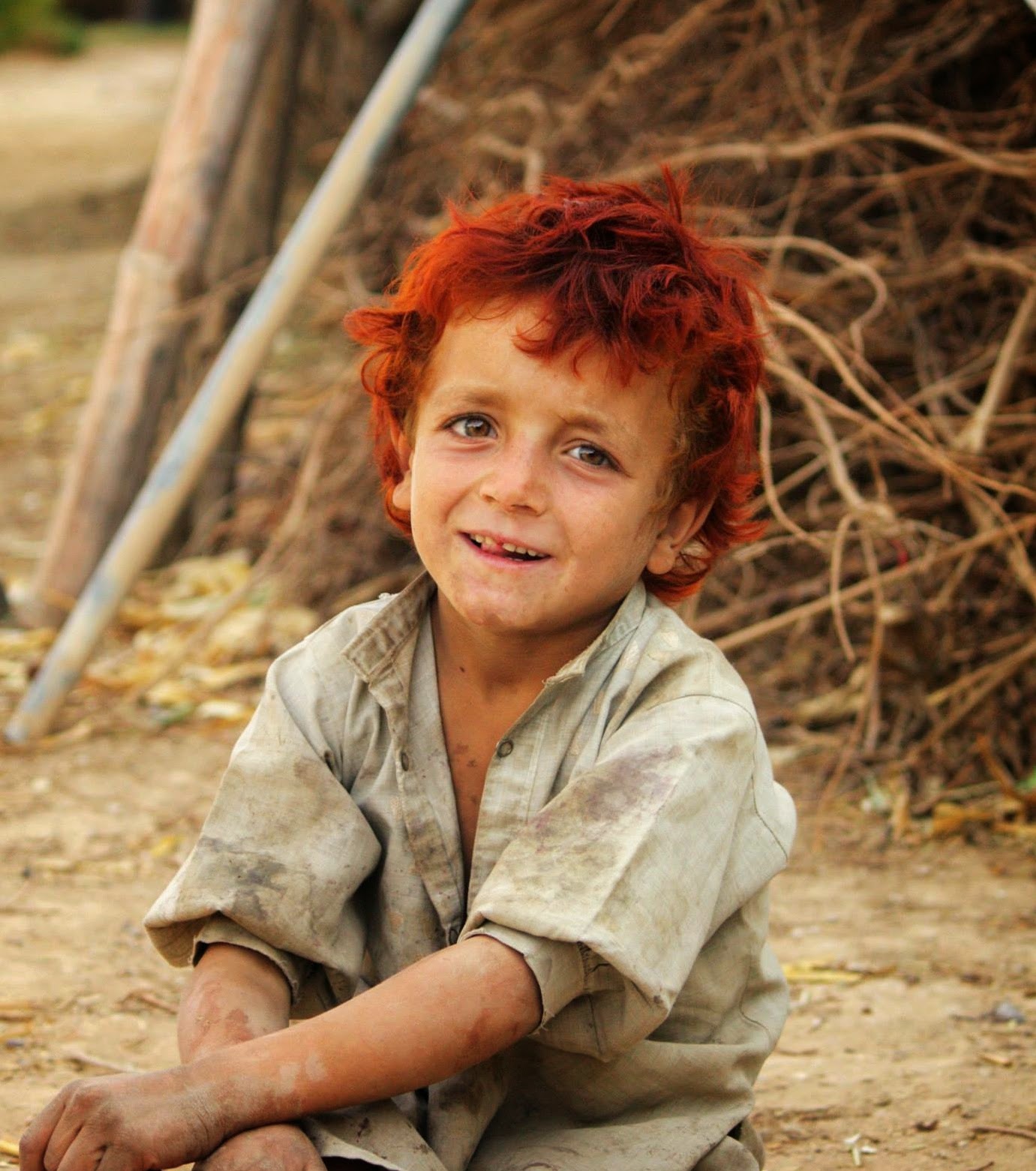 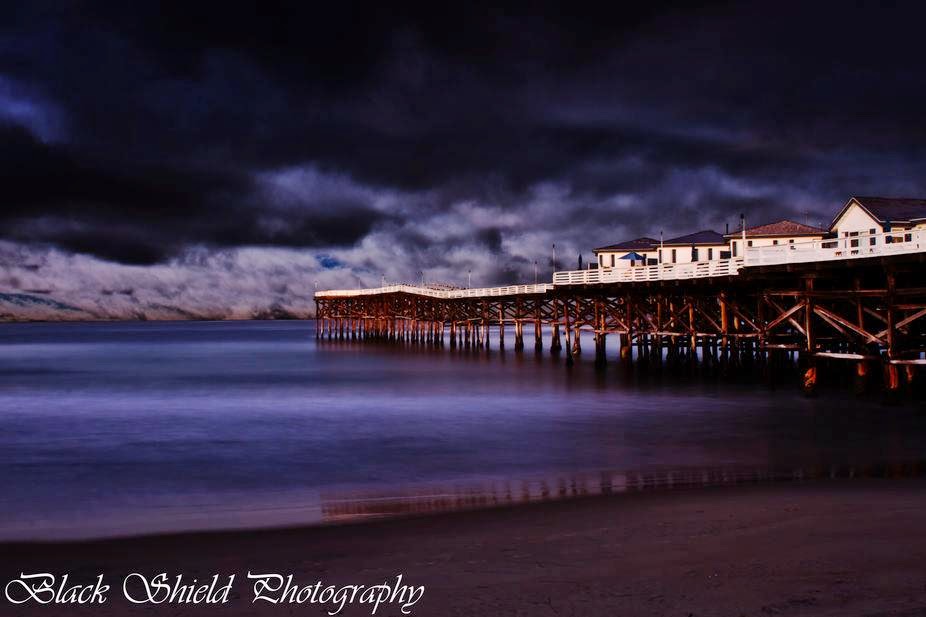 The grand show girls are at it again this year. They are awesome showmen and this year is sure to be no exception.
Win or lose they put in the time and effort and give it their all.
Granddaughters, Jacey and Miss B, are showing swine, and doing great. 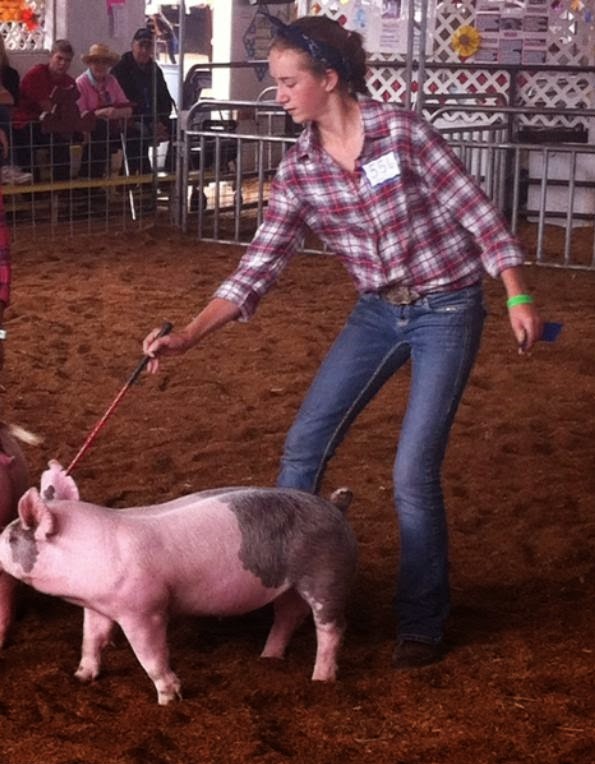 Jacey showing one of her home grown Blue Butts.

They raise, (no easy thing that) and show their own pigs. 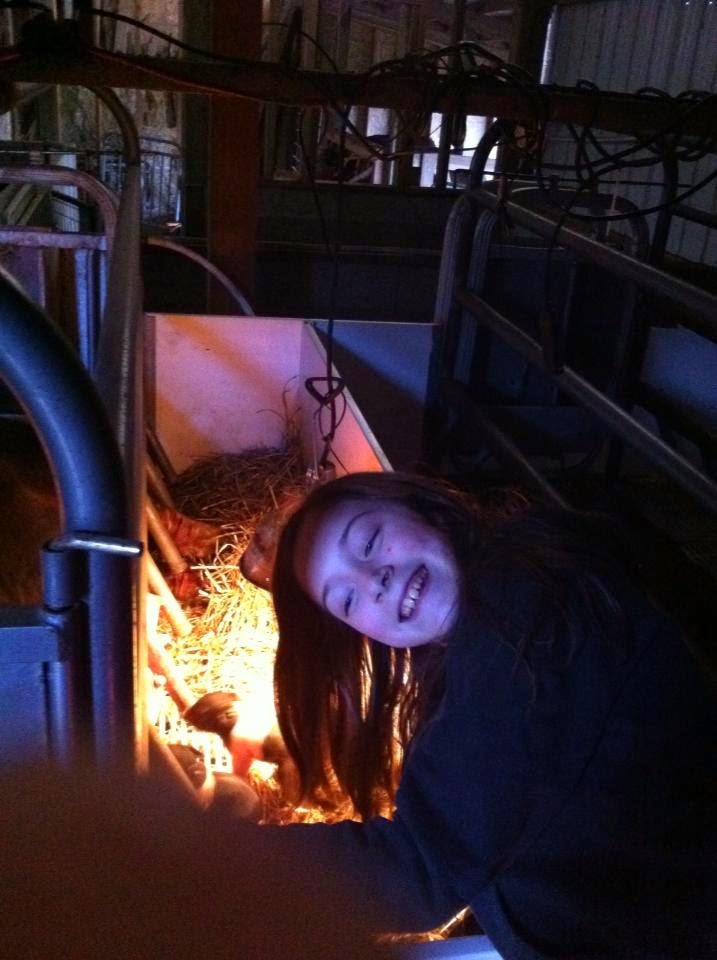 Miss B helping out with farrowing 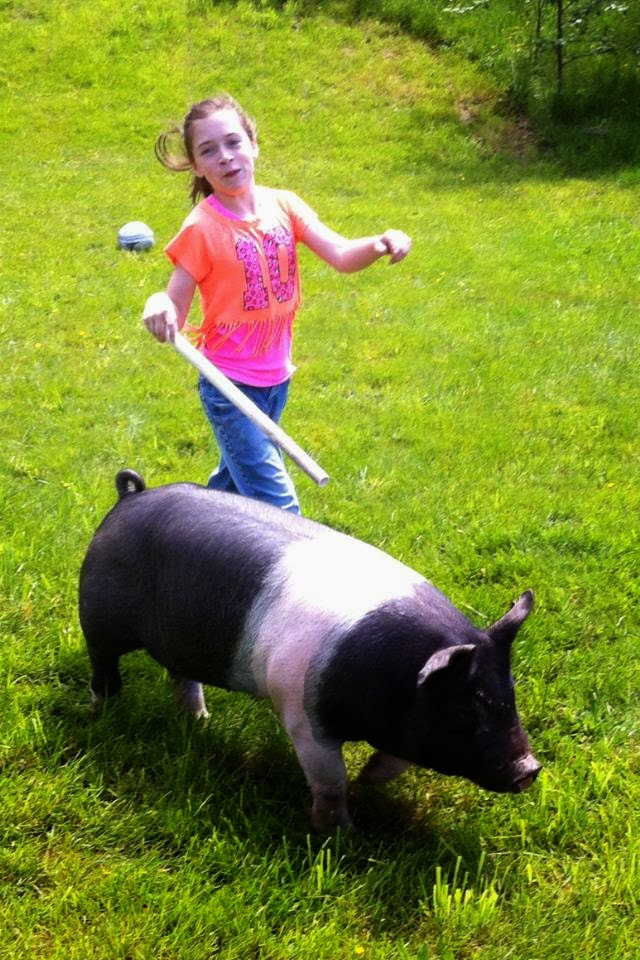 Miss B practicing for showmanship

Granddaughters, Ali and Lauren have shown steers for quite a few years.  Summer before last was Ali's last year showing, as she was headed off to college. 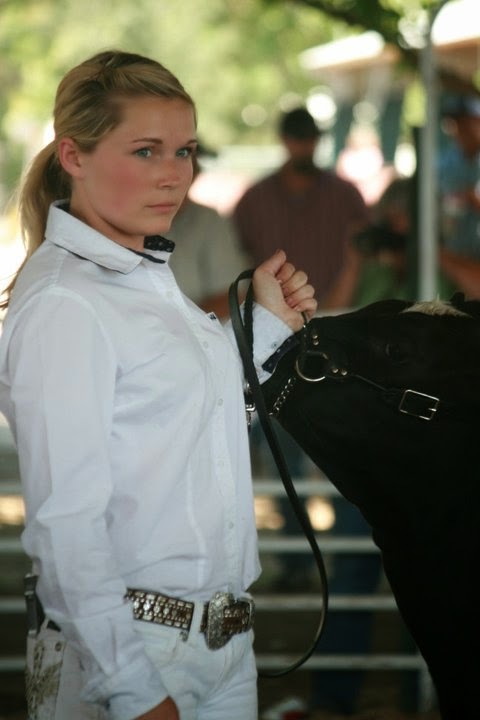 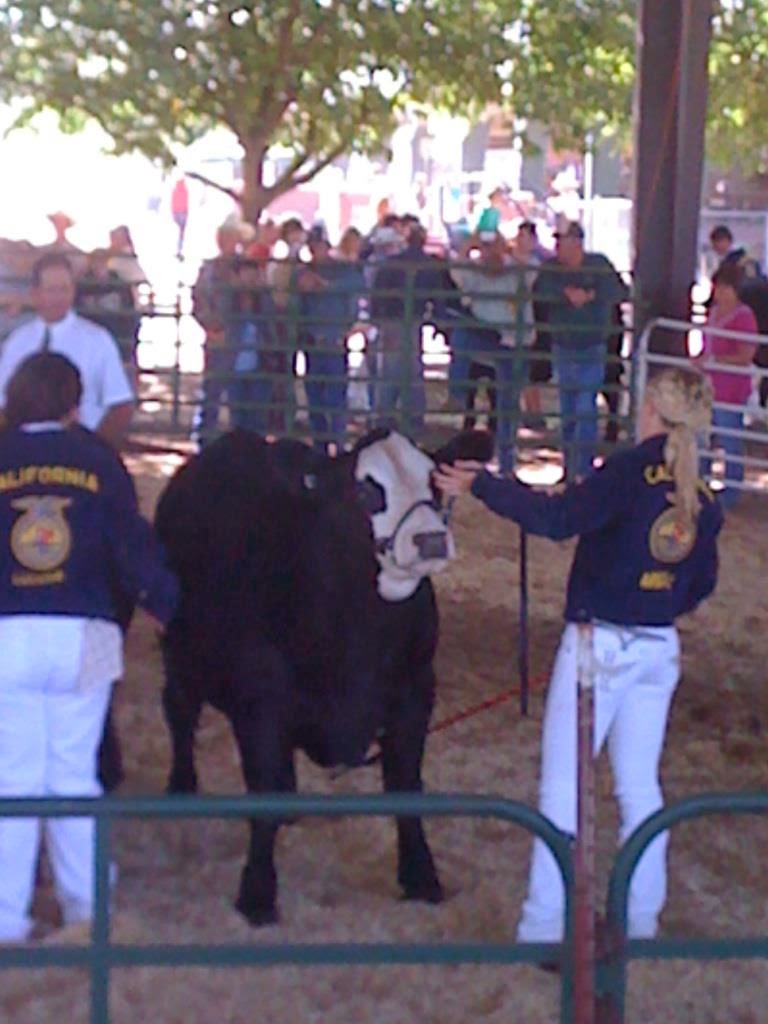 Ali getting it done in the final go

This year the steer show is all Lauren.  She's been working hard with her latest project steer, and I'm sure she will do just fine.  Marymine keeps telling me that Lauren is my mini-me. Whoa, I want her to be herself, Lauren.
Last Sunday at the barn... 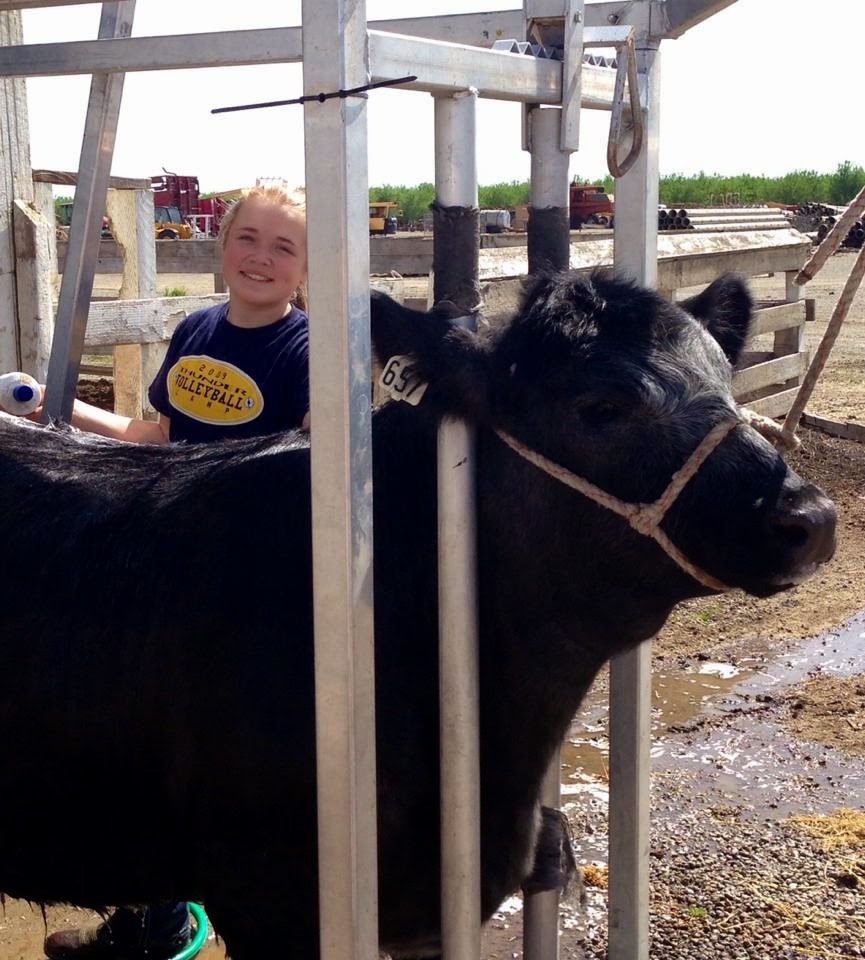 Showtime will be here before you know it, best be getting ready girls. 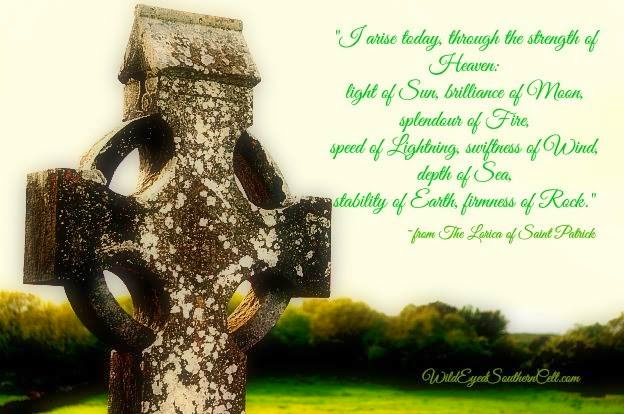 My grandpa had a beautiful Irish tenor voice. He often sang this to me when it was time for his my nap...

Today was a good day, the weather was beautiful, 76 with a gentle breeze.  The cow feed is growing strong. Which has nothing to do with this post, it's just that it's an old habit to look at the feed situation on any given day...
My folks landscape has been molly hocked or ignored by the sometime yardman that comes.  He is a nice man, but his knowledge is in mowing turf, which they have none of.

I have been taking on small sections, as time allows, to renovate.  There is a large pine that has been topped & sheared, so most of today was spent candle pruning it in the hope that I can train it into a more natural shape. I'm fairly sure the neighbors think I'm demented... walking around and around a pine tree, talking to it, pinching a candle here and a candle there...

When Dad and I went up for his birthday present flight, one of the places we flew over was the Song of the River house.

It was one of my first big landscape design jobs.  With a few minor exceptions I was given free rein to design what I perceived the owners wanted and would fit that large property. They also wanted my little company of one, to do the over site on the install.  No pressure there.

In those early days I did all the design, drafting, printing and more often than not a good portion of the over-site of installs. Or on small jobs the install its self.   What can I say, I was a young mom on a mission.

The most memorable bones of the Song of the River house landscape were: The big pines (I found in large boxes in an old fellow's yard in a neighboring town) that looked like they had been shaped by the wind. The design spec for a black mica flecked bottom swimming pool (nothing reflects the sky and clouds and extends the swimming season better), to the large boulders placed (partially buried so they looked like they had always been there)... All seemed to speak to the property at large, and the needs of the owners.

The true test of a landscape design is how it holds up over time.  Flying over that property brought wonder and comfort to see that my design has stood the test of time. It has good bones. It was a good day.
Posted by Brig at 10:24 PM 9 comments:

Buckle in for a Good Read...

A heads up that Old NFO's http://oldnfo.org/ book is out!
If your look'n for a read, this is a Good One!

>>>>> The Bad Guys Don't Stand a Chance <<<<<
Texas rancher and lawman John Cronin knows what it means to be tough. A decorated Vietnam vet with connections to law enforcement agencies all around the world, he’s thwarted smugglers and drug plots across the globe with more than a few narrow escapes. Whether it’s a sniper competition or teaching the feds a thing or two about police work, Cronin doesn’t hesitate to pull the trigger. Of course, this slow-talking lawman’s biggest challenge yet might be when his granddaughter Jesse falls in love with a Marine. When drug smugglers stir up trouble in Cronin’s backyard and try to kill Jesse and her new beau, all hell breaks loose, and Cronin and his granddaughter are just the people to set things right.

An accounting of sorts.
I started this blog to tell the stories of granny's life to her grandchildren.  I have gotten side tracked more than once... I'm a long way from telling it all, and that is probably a good thing.  For now a small reminder to myself... 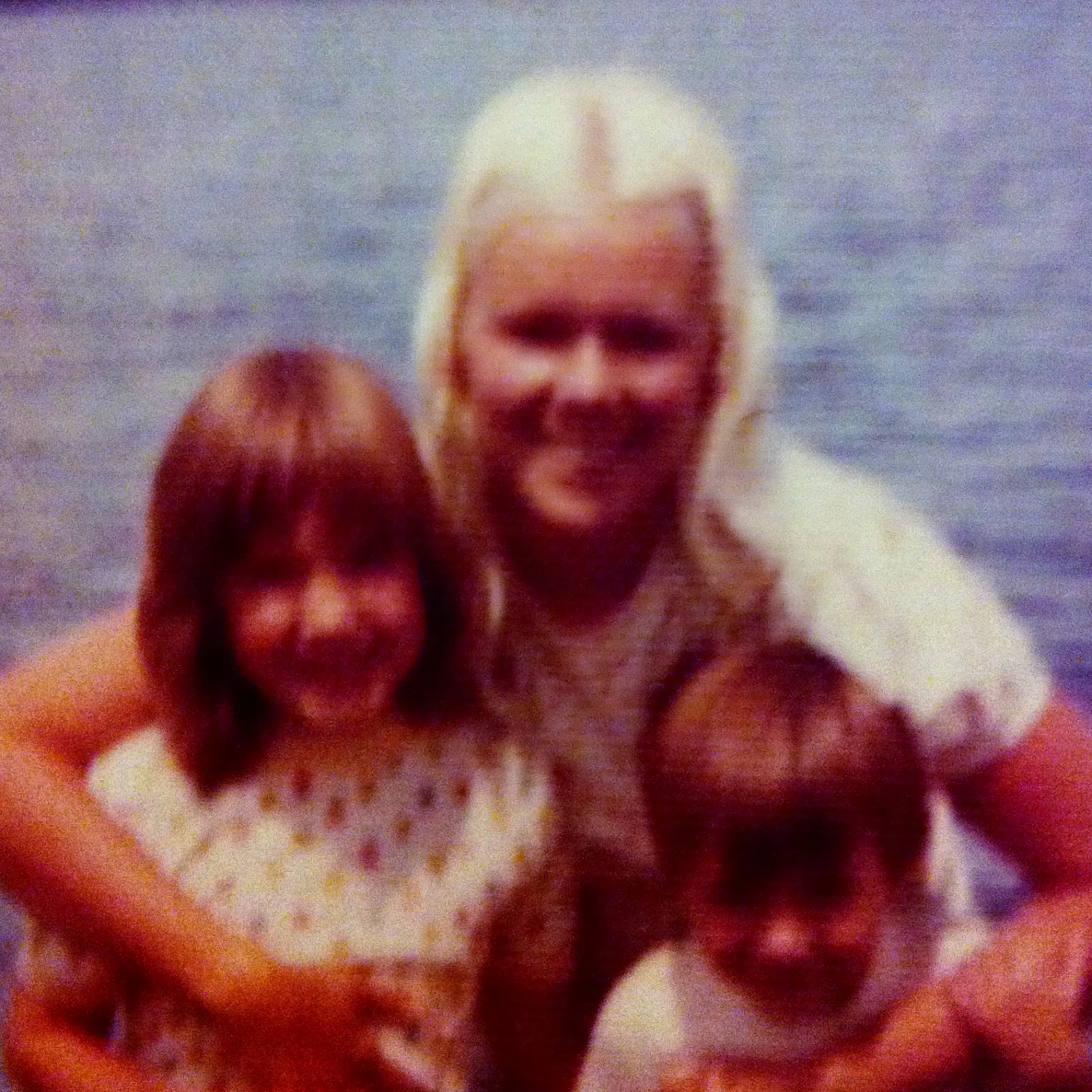 "Food for thought today for all of you that have sons & grandsons.....let us walk our talk!" 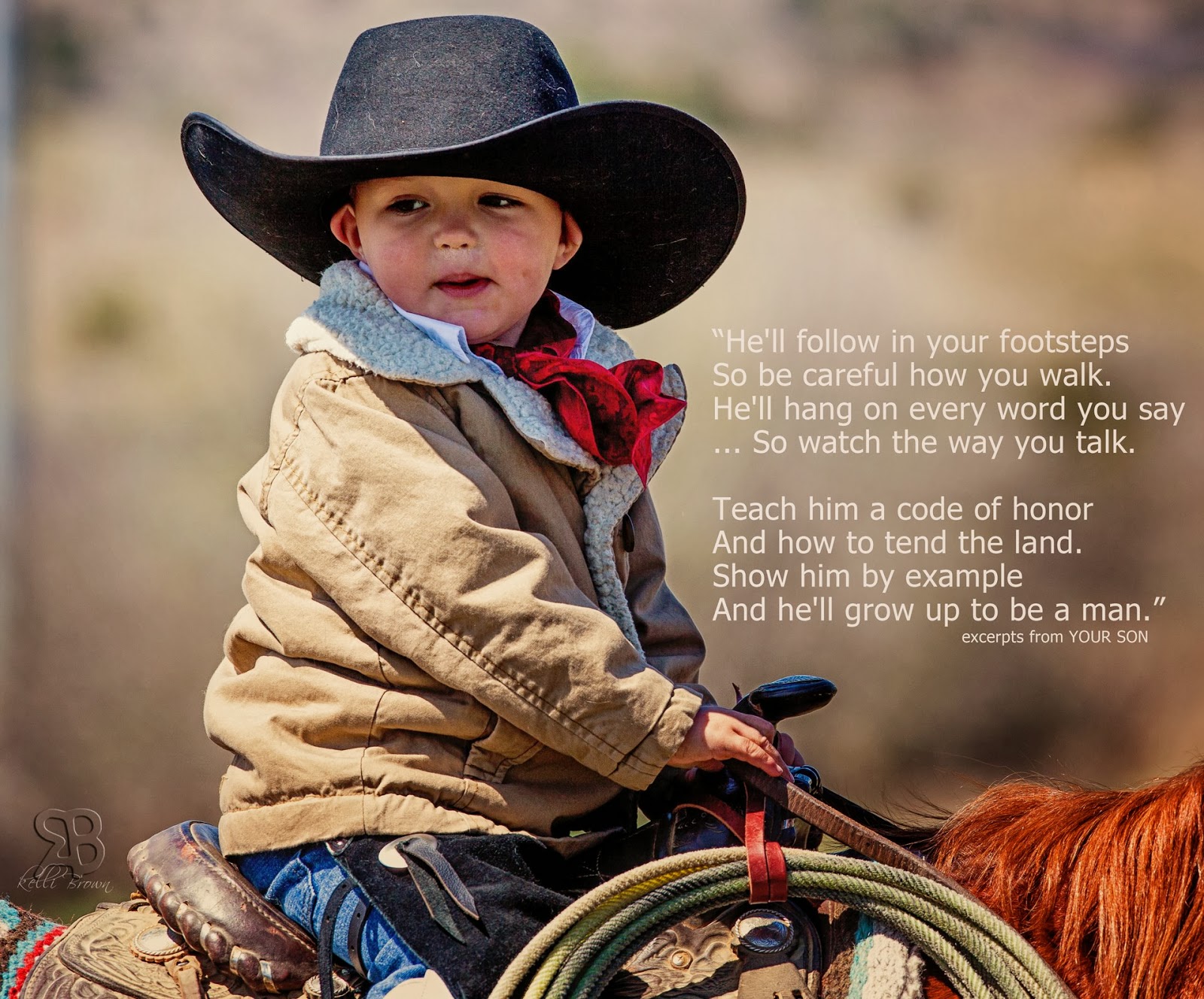 We have had a fair amount of rain recently.  Much needed rain mind you. The cow feed is coming, and the aquifers are replenishing. 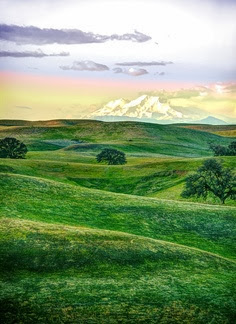 Took my JR Willie for a mid day run, over hill and down dale, on the red clay trail.  When I saw a little white pickup on the rough bladed, fire break road.  As he came over a knoll and headed towards a gully, I stopped to watch knowing that this was probably not going to end well.  I could have told him that a bit of gravel on top of  wet red clay can be deceptive, is slicker than snot on top, like glue after that, and has kept stouter pickups than his til the beginning of summer.  I could have told him that he would not make it up out of the gully.   Of course he tried, but didn't have enough of anything to make it up the far bank.  With tires spinning he slid back into the gully. Now would have been the time to go get the friends with Warn wenches and long line cables.  But hope dies hard for some, so there he sat, spinning his wheels, throwing red clay everywhere, as he buried it to the axles. Since he now was  effectively damming the gully, water started running through the pickup.  He was only about a mile from the edge of our subdivision, and had a cell phone, so I left him to it.  Heard them from my house, at about midnight, trying to pull him out.  This morning the remains of his misadventure are a torn up field (no cow feed there for a long while) and a  hefty trail of red clay globs on the street.

I miss the ol red clay hills of the home ranch.  There are so many memories there.

If you haven't been there, you don't know that "whoa" moment of being on a steep sidehill, spring disking with the Knudson 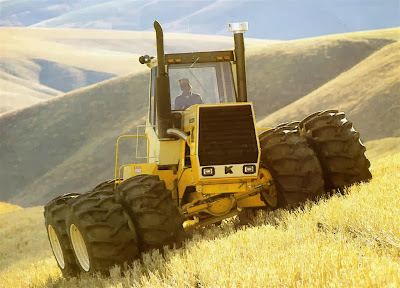 and hitting an un-see-able slide area.  Even with the awesome crab steering, the only thing that's going to save your hide is to bury the disk, crab walk the K out, and pray that the gods are with you, cause if you roll that thing it isn't going to be pretty.
Posted by Brig at 8:40 PM 8 comments: