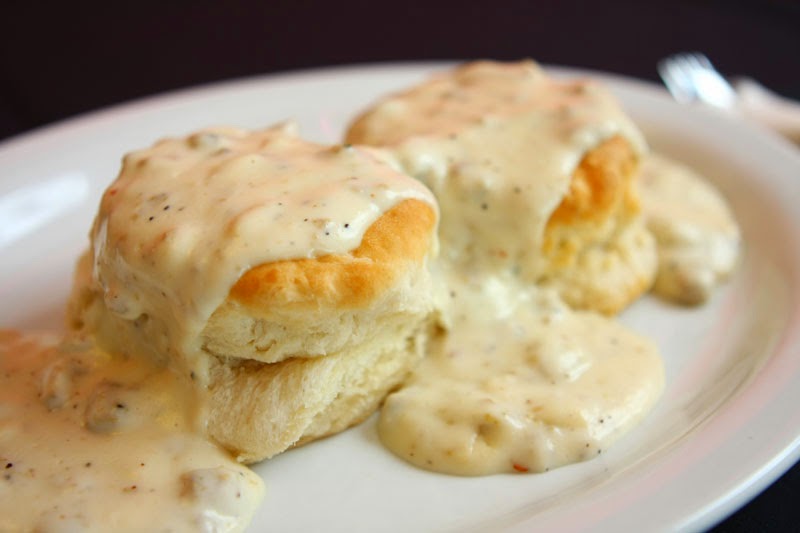 Dad loves biscuits 'n gravy, which I struggle to make on a regular basis.  Truth be told, my biscuits work better as replacements for when we run out of white flyers. 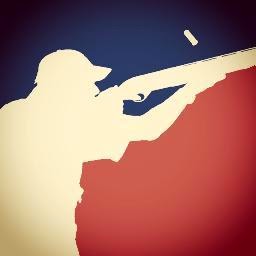 I asked my girlfriend, whose wonderful biscuits with gravy her guy loves, for her biscuit recipe and any making tips.

After a long pause, she said... "How many times have you eaten biscuits here?"
"Lots," I said, "and they are always light, fluffy, and yummy."
"Yes, well... I don't have a recipe for them."
"Dammit," I said, "don't tell me you are one of those 'I don't use a recipe' people!  Come on, help me out here before I kill off Dad."
"I don't need a recipe," she said, "All I have to do is open the Schwan's Southern Style Biscuit bag and throw them in the oven for 20 minutes." 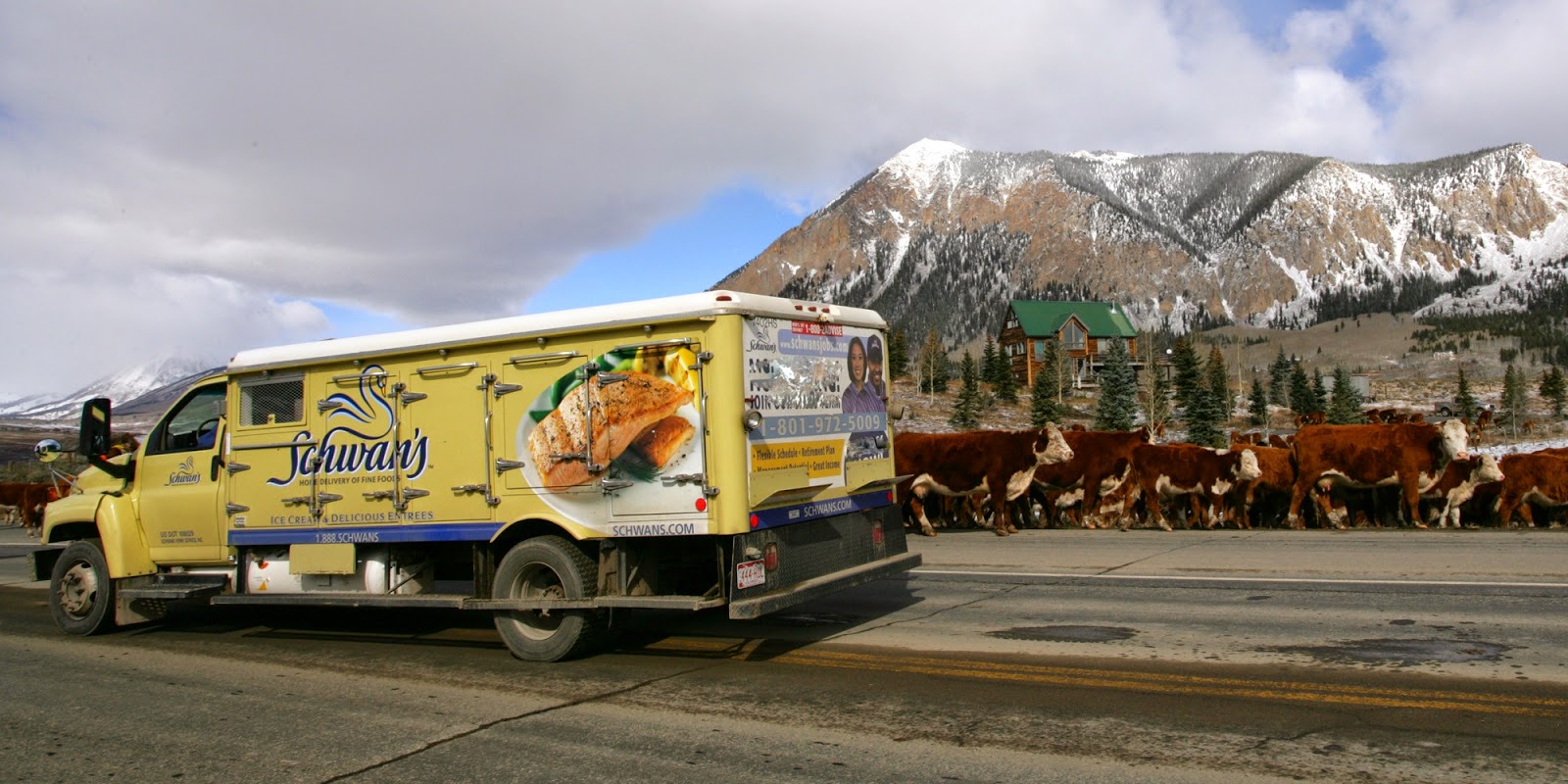 So, as the Schwan's truck roars off down our driveway, I send up a little prayer for a friend who just may have saved Dad's life. 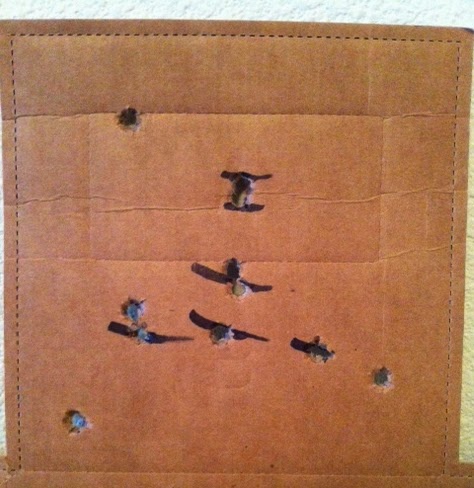 The CCW permit is mine... as is the responsibility that goes with it.
A most humble Thank You to all those who encouraged and helped, you know who you are.  I appreciate your wisdom and insight more than I can say. 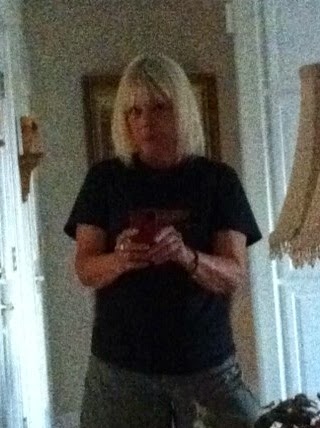 And if even one of you hints to my kids that Mom is doing poker night escort (to their rides) duty for their grandpa's ol cronies...

Three great reads by new authors are just waiting for you...
L.B. Johnson has written a wonderful book about a Labrador Retriever, love, and life.
For more info on this great book see http://www.thebookofbarkley.blogspot.com/ 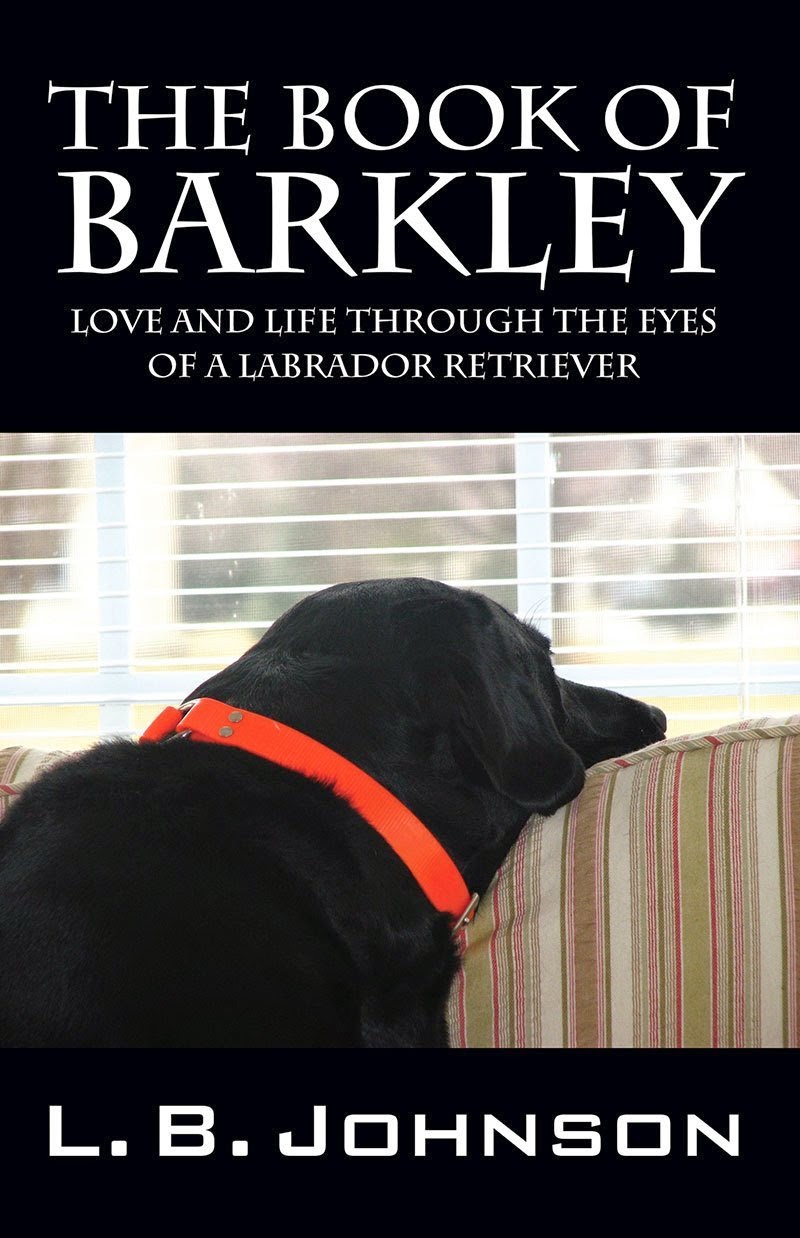 Even if you have never had a dog, Barkley will melt your heart...

J.L. Curtis, well known as the blogger Old NFO, has two books out. Read Vignettes first so you get to know the main character, John Cronin. Cronin, a decorated Vietnam veteran, is a Texas rancher and lawman. 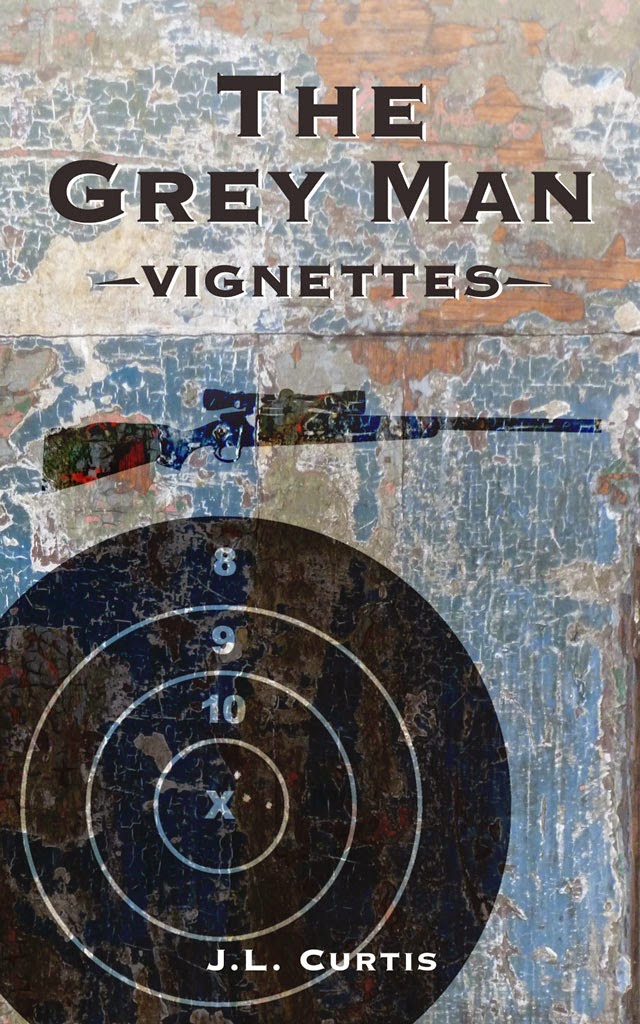 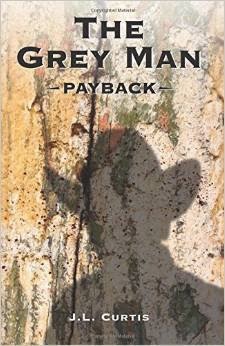 I seem to have fallen a bit in love with John Cronin...sigh

All three books are available from Amazon in both Kindle and paper.
Posted by Brig at 9:20 PM 9 comments: 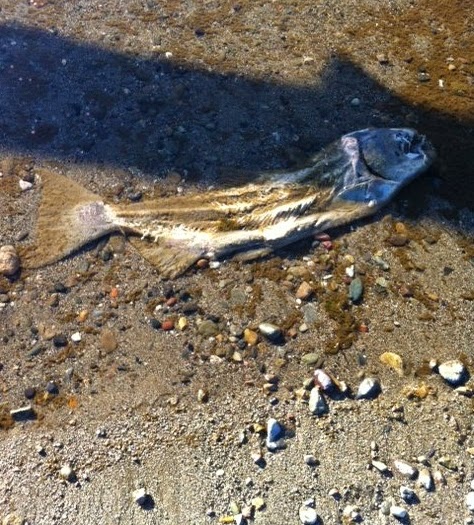 We went fishing this morning and no, we didn't catch a salmon.  It is all about getting out and trying, right!  There was much needed rain here yesterday TYJ, but clear and cool this morning, so off we went... 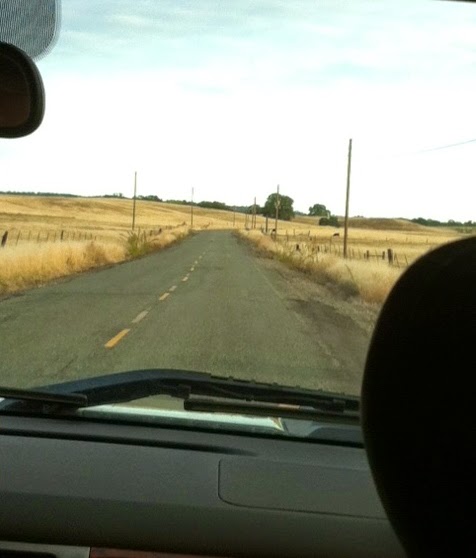 Fishermen were not as plentiful this morning... 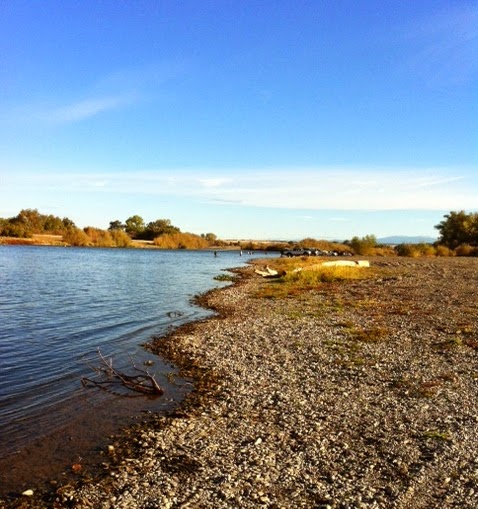 Dad and C rigging the poles prior to putt'n in 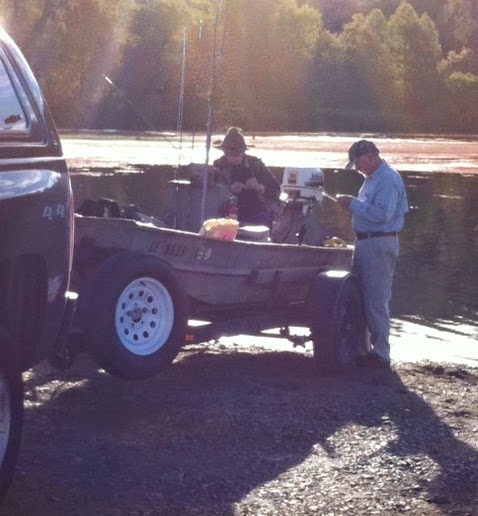 while I was checking out some tracks in the water... 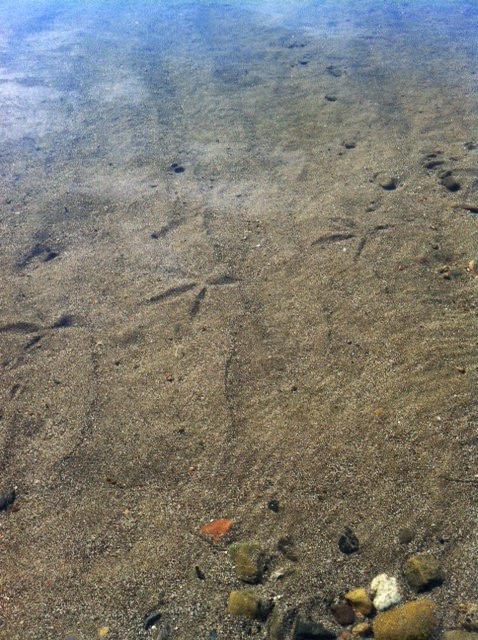 I got to fish for a short time while C drove Ol Ugly. He had us laughing with his stories from a recent water fowl hunting trip at Tule Lake. Oh my, the cigar he was smoking smelled great. 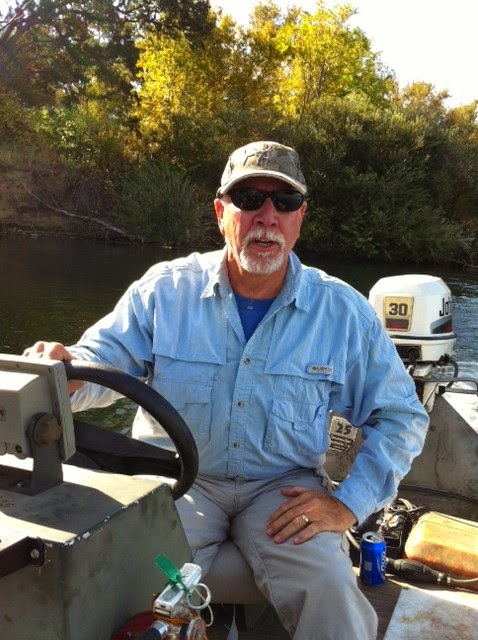 I got a couple of small bumps, and saw an ol guy catch a nice salmon just above where we were fishing. Dad didn't even get a bump...sigh.  Plenty of fish jumping around us. The fish are now starting to turn red, and moving up river faster.  After Dad lost his favorite flat fish to a snag and a few other little mishaps we called it a morning and headed home. Another day...

Missing my crew something fierce, but all are doing well. I really am very thankful and blessed to be their granny... 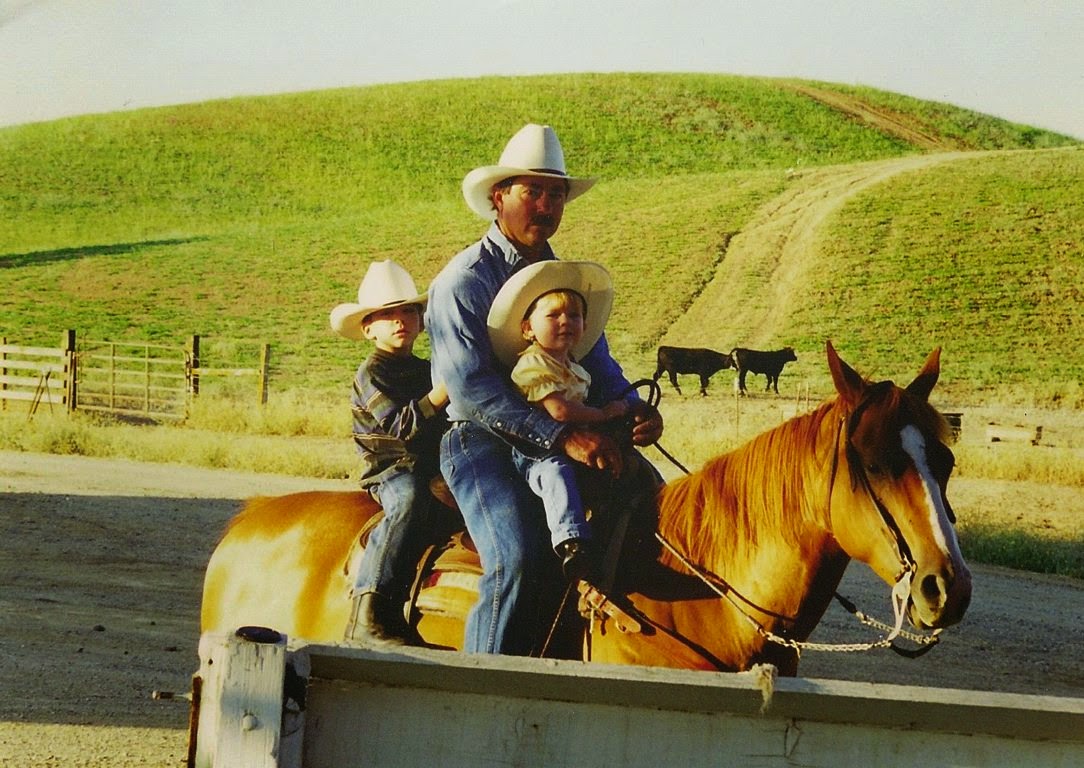 You never mess with another man's cowboy hat, horse, truck, or his woman... 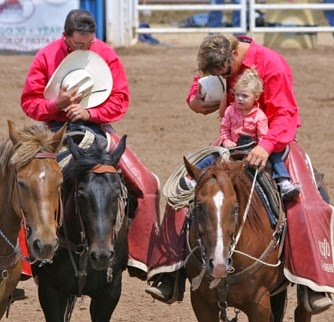 Your hat is always removed during the passing of the flag, a casket, the playing of the  National Anthem, & during the Pledge of Allegiance. While in church, and during prayers.
When you are introduced to a woman, a clergyman, or an oldster. When dining in a restaurant, and when entering a home.

You remove your hat by the crown, never the brim. You never rest it on it's brim.  It is put on a hat rack, or rested on it's crown with the brim up. 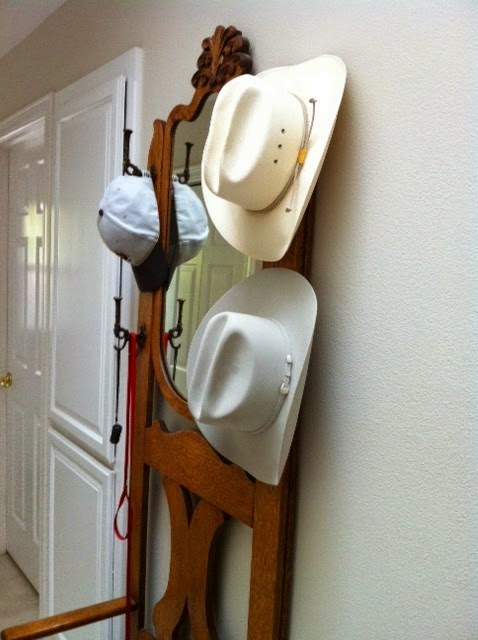 Always tip your hat to a lady, holding it by the crown,  but never another man.
Moms have been teaching cowboy hat rules to their sons and daughters for years. A simple sign of respect and manners.

Dad is back on the river this morning with J in ol ugly, pray for fish, people!

I didn't go fishing as I'm kinda stove-up after taking a fall at New Clairvaux.
C kindly took me (in case he needed someone to drive home) Sunday on the Farm Trail Passport Weekend tour. Passport Weekend is a  self directed tour, taste, toast, through various local wineries, orchards, & farms.  We started out at one of my favorite places: 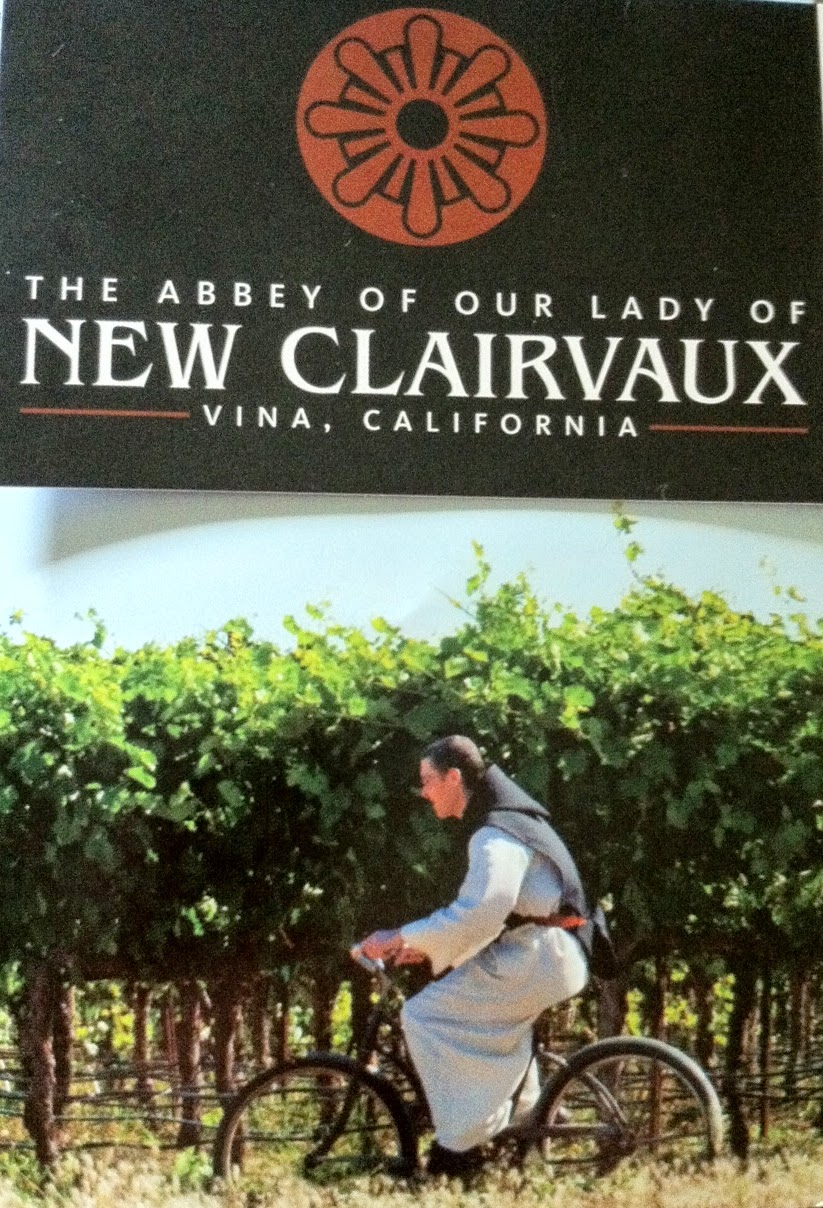 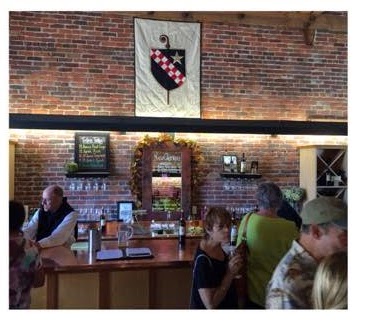 A brief history of this wonderful place can be seen here  http://youtu.be/FitLMybpTeY 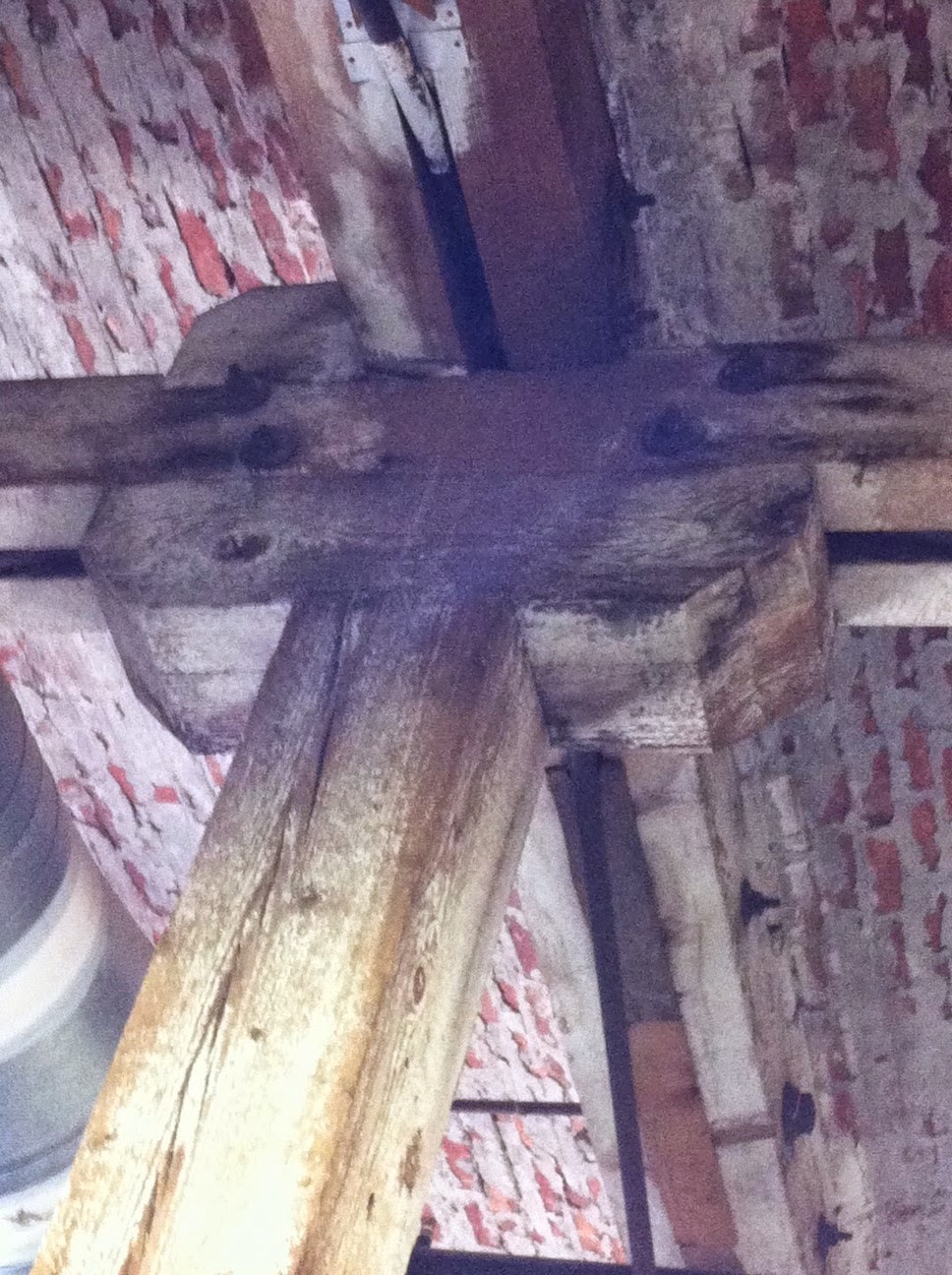 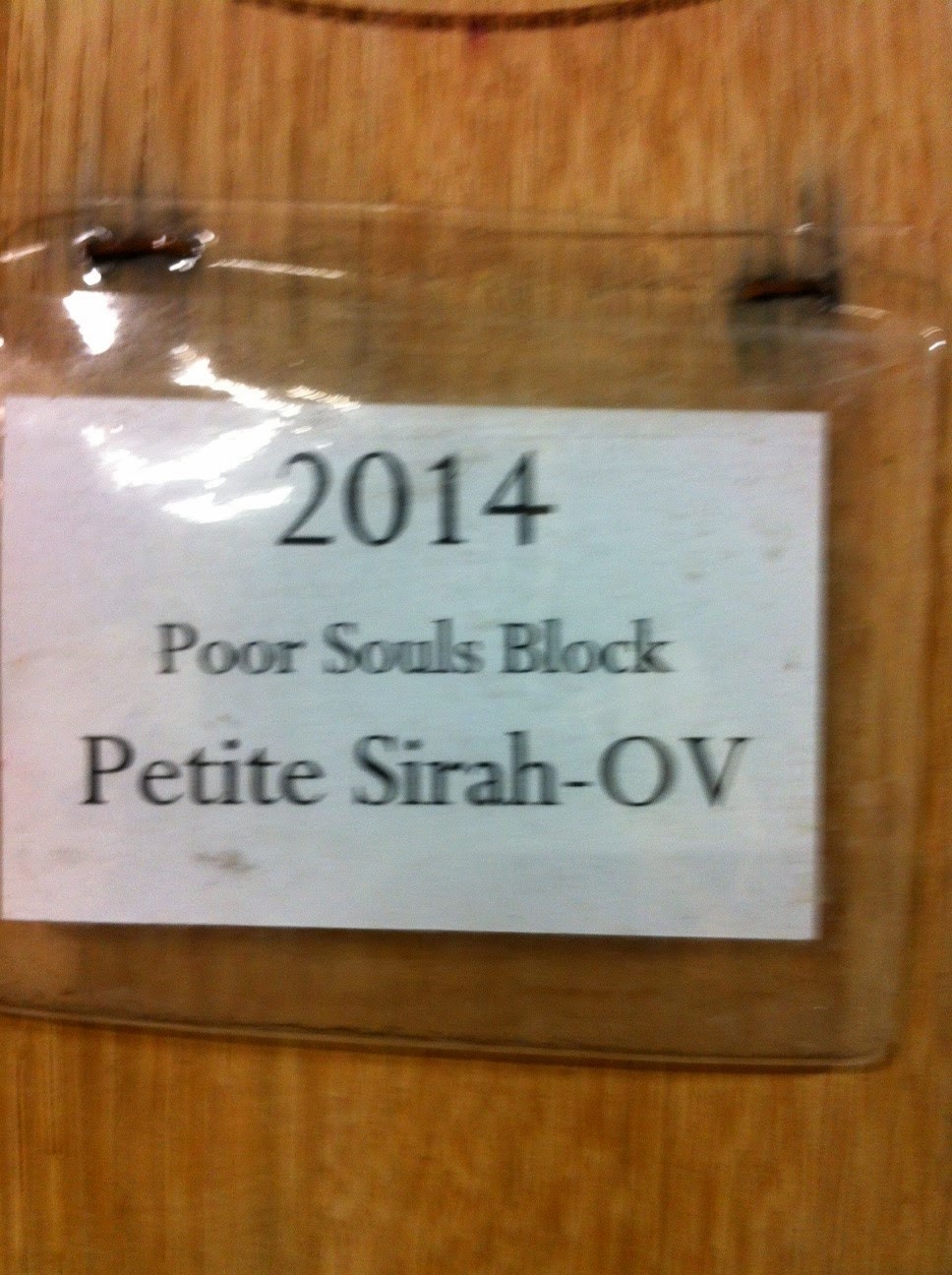 The monks have partially reconstructed a chapter house from an ancient abbey in Spain. There is an interesting story of how the stones ended up at New Clairvaux. (http://www.newclairvaux.org/chapter-house-reconstruction.html) 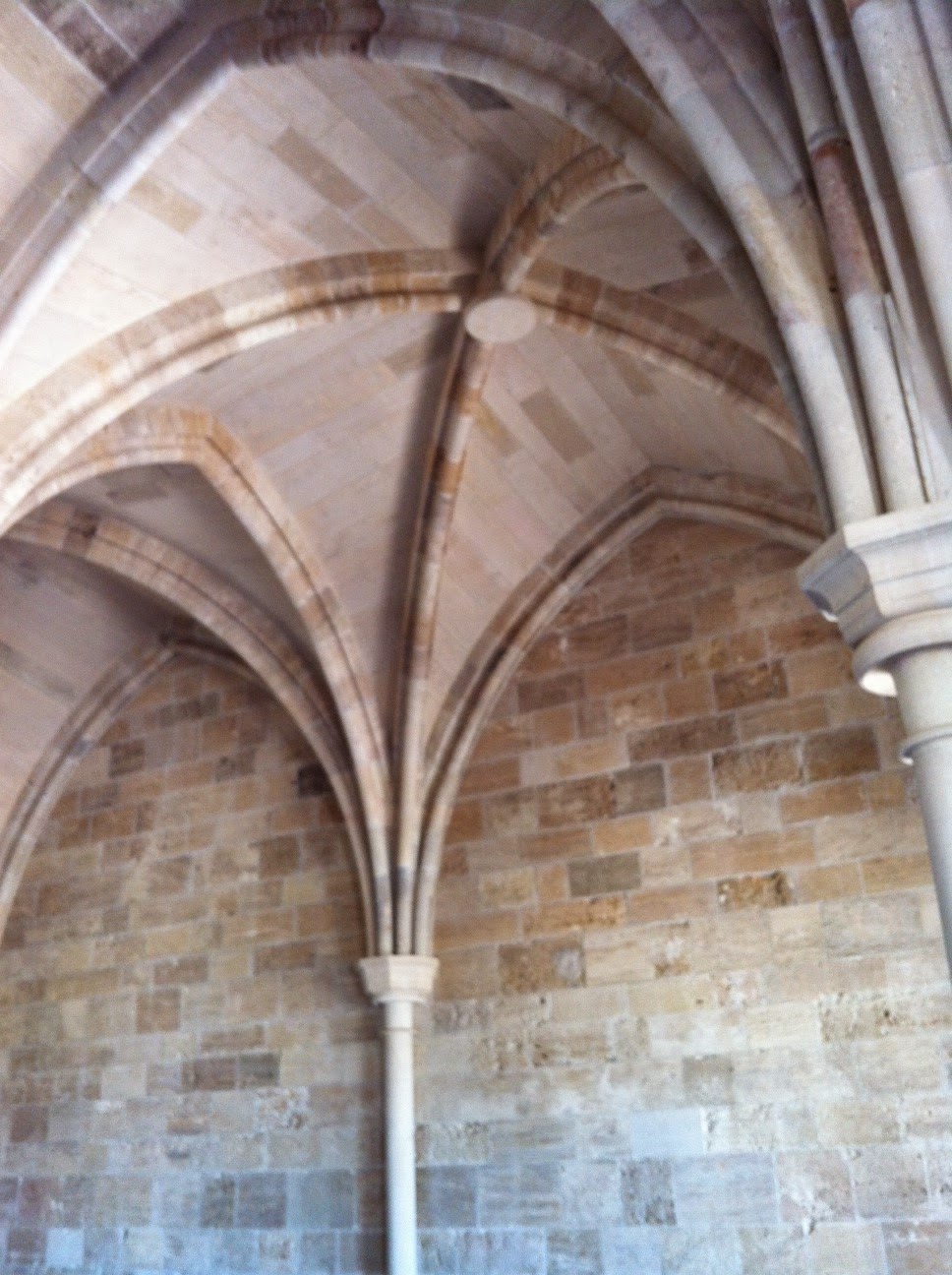 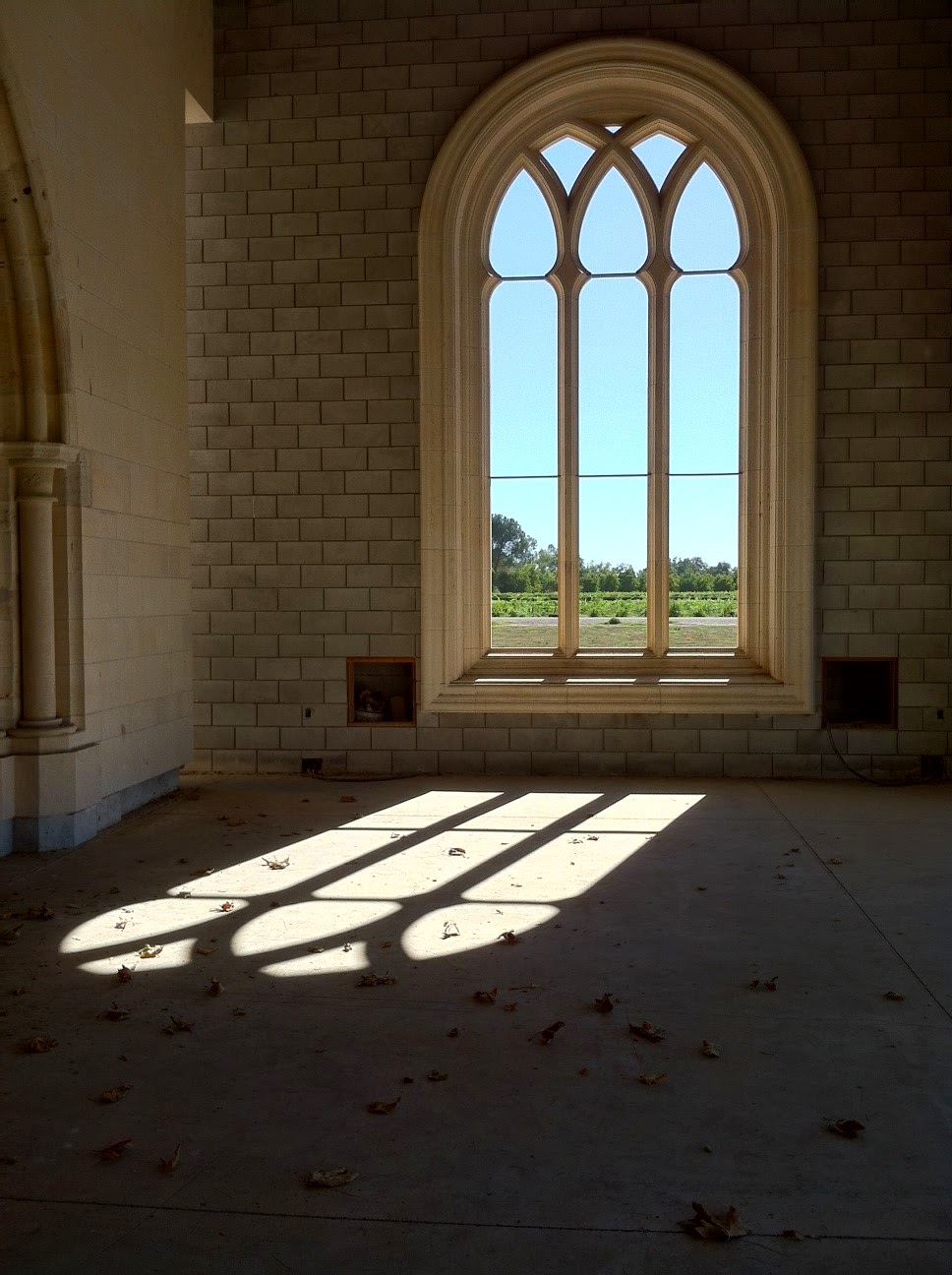 Usually I'm pretty good on rough ground, but this time while crossing a ditch to get to the chapter house, I caught the toe of my sandal and biffed it on the stone path. Ripped open one finger and took the hide off both knees, But I only chipped the base of my Passport Wine Glass!
Onward, patched up the owies and went to seven more stops on the trail...
Posted by Brig at 11:32 AM 18 comments:

Dad got a salmon on his guided boat trip that I got him as a birthday present!  He came back tired but pumped. He said the guide hooked it and he reeled it in, so it was a joint venture. After giving most of it away to friends and neighbors, D took some to smoke for us, which turned out very tasty.

C is back in town so he, Dad, and I hit the river again last week in ol ugly... (with the 7th or 8th rigging change).  We put in below where Dad and the guide fished.  Dad didn't want to fish where he and the guide fished as there were 16 boats fishing that hole, and about 50 guys standing in the riffle fishing.  Too crowded and dangerous for our crew.  It was a little tamer where we put in, partly due to a late start. 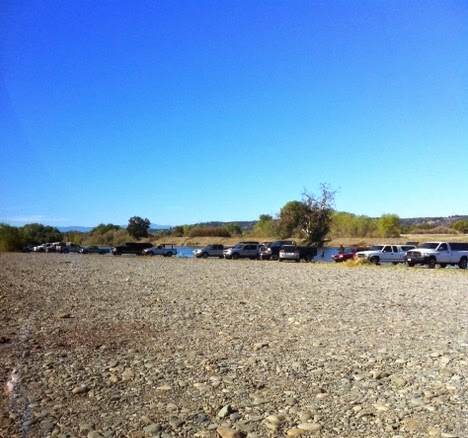 Only four or five boats fishing in the area we were fishing. Lots of salmon jumping around us, several caught in boats next to us, damn.
I was beginning to think I was the bad luck charm in this outfit, and mentioned that to C. He said, with a laugh... "No, I don't think so, you haven't been able to go every time" and looked pointedly at Dad.  We all broke up laughing.
Lots of weeds in the water, as the river is low and warm, which means the guys are reeling in all the time to take weeds off the lines and lures, and the jet intake gets plugged.  C showed me how to pull up the engine and knock off the weeds without going to shore and walking around in the water,  which saves a lot of time.  I'm just barely able to get the engine up, need to work on that upper body strength.
New part of the river for me so spent most of my time while the guys were fishing watching the guide boats and where they crossed gravel bars and drifted holes and what rigging they were using.
Still no fish, but we are going again next week... which is fine by me cause I like being on the water.  C says we're bound to get one sooner or later cause if nothing else one might jump in the boat.
Been doing a few cosmetic things to The boat in hopes of changing our karma... 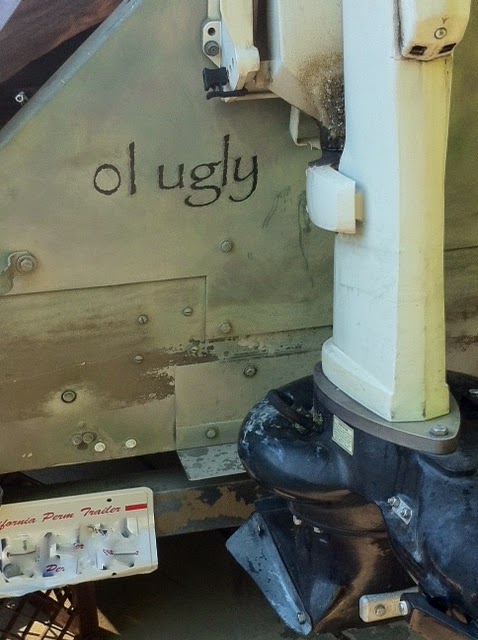 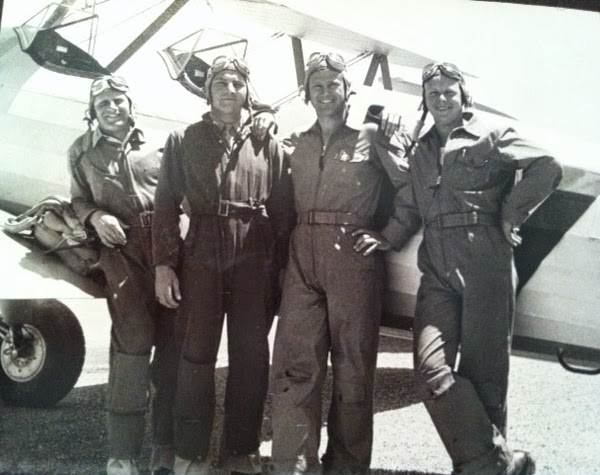