The best cow dog around passed away recently, after being our sidekick for many years.  Maxwell The Wonder Cow Dog was a Border Collie, McNab cross that was given to me as a yearling. Cute as could be with his black and white coat, one blue eye and one blue/brown eye. 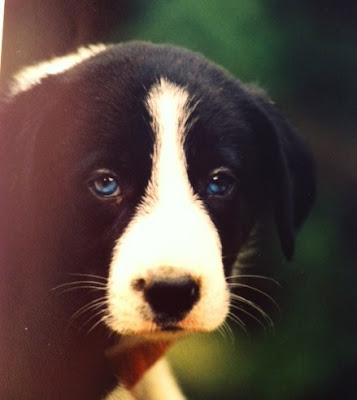 He had had no training on working cattle, but was schooled on basic commands.
Everyone he met loved him, as he was ever the gentleman.  After he got the hang of working cattle he was amazing to watch.  He could handle just about anything.
One time, moving cattle from one large pasture to another, with the gate on top of a knoll, the Cowman sent Max to gather the pasture, push the cattle up the hill, thru the gate, and turn them in the right direction.  Not an easy task for anyone, let alone one dog. As the Cowman was watching Max, and giving commands, up drives a fellow.
"I've been watching your dog work for a while, would you be interested in selling him?"
The Cowman had been down this road before with people, "Well I couldn't take less than $5,000 for him" thinking this would end it.  The guy never batted an eye, and asked what form, cash or check, the Cowman wanted the payment in.
The Cowman replied, "You know by watching him that dog is worth any three cowboys, so I don't think I will be interested in ever selling him."
The guy said, "Here's my name and number, if you ever change your mind give me a call, he's a Great Dog."
He was a Great Dog, he greeted you with gentleness and a wagging tail, he loved to work cattle in the pastures or the corrals, he could fetch and look after grand babies, he was a constant companion, he could make you laugh with his cow skiing trick, and a thousand other things. 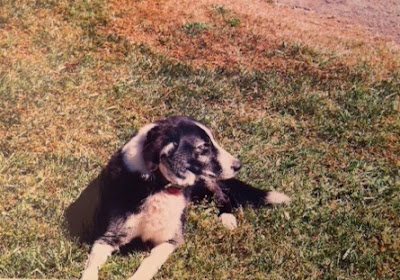