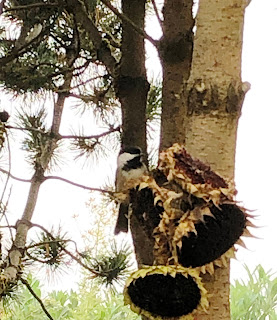 Wired some of my sunflower seed heads to the pine by the back patio. The  Chickadees made short work of them.  They are pretty cheeky little birds, and not afraid to have Willie and I out there watching. 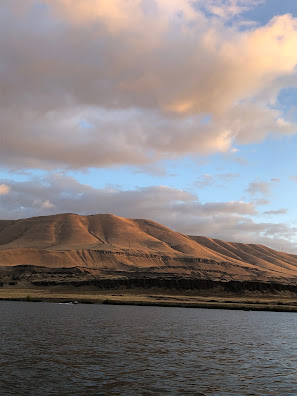 Took a break from working on the hovel and went up the Columbia gorge for a few days salmon fishing with my BIL & SIL and another BIL.  Great couple of days, caught my limit both days! Thanks in no small measure to my BIL. 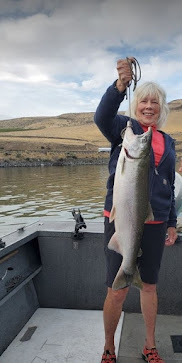 Second day was just my brother in laws and I, as my SIL wanted to stay at the house and can some of the salmon. She sent me home with canned salmon, and her great pickled asparagus to boot! 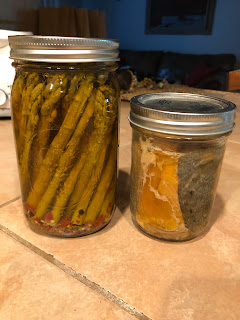 Brought home a bunch of fresh salmon to share with another BIL & SIL, a niece & her husband, and a couple of neighbors.

Not getting as much done around here as I would like.  Need a good swift kick in the backside.

I'm increasing my walking/hiking. Chucker season is just around the corner, and I want to keep up.

Not too happy about the extra HOA fees that keep getting added on here. I've talked it over with my kids and it may be time for me to sell while the market and rates are good.  I think I have time if the election goes the way it should, otherwise if Biden is elected the market will go to hell.  Considering Idaho, Texas, and a couple other states. 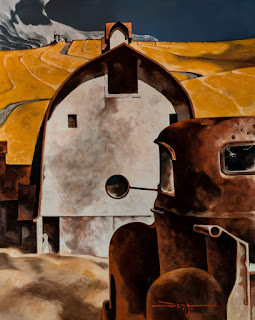 This needs to be my last move, she said tongue in cheek...

Sunshine on my shoulders... 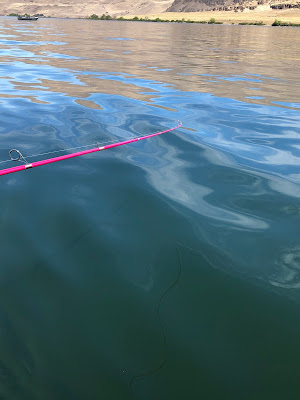 As I was headed up to the River House for a couple days fishing with my BIL & SIL I got a photo from my Sean. 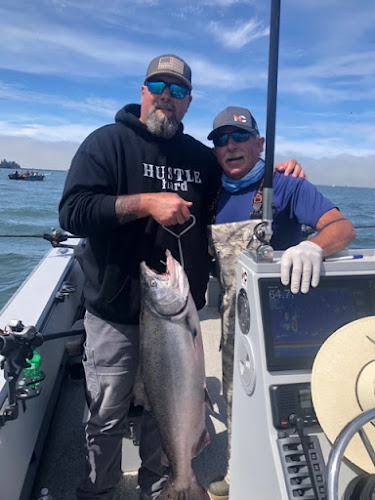 He caught two that day out of Astoria.

Meanwhile, we spent two days on the upper Columbia with nary a bite.  Boats around us were catching fish, using much the same lures we were using.  That's the nature of fishing! Always have an interesting time with my SIL & BIL and what ever other family shows up.

After 5 times out with nothing to show for it, my SIL sent me this photo of her latest catch! 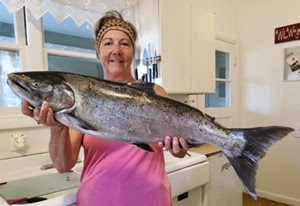 Then a friend shore fishing a short drive down river from the hovel sent me this photo of his nice catch. 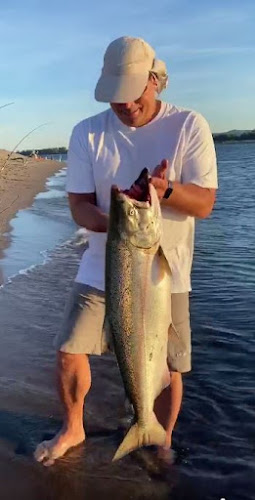 My favorite way to have salmon is smoked. Gave Sean's girlfriend an ol family recipe for smoked salmon and am anxious to see how their salmon turns out.

I was invited back up to the River House, but decided I needed to get on with the fixits and painting on the hovel.

Got the ice maker fixed on the refrigerator after much trial and error.  Fixed the garbage disposal, and am trying to figure out a way to remove these screws from the underside of the kitchen counter. Went to harbor freight and got a 11" pair of nippers with a coupon, figuring I could nip them off.  That didn't work, either I don't have enough hand strength or they are just too hard for the nippers.  I might try to borrow a Dremel with a cutting bit to shear them off level with the underside of the counter. The only thing I can think of to get them gone... 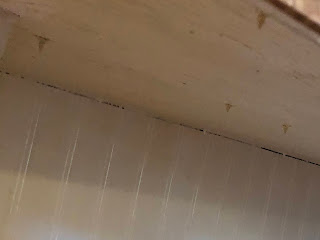 Back to painting.  Found my much beloved trim brushes that I had stashed away at the bottom of a paint supplies box. 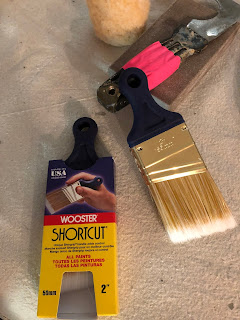 Not being in a position to hire the painting done, and being big on attention to detail, I'm slowly plugging along. I like the new color, a warm light grey that works well in the PNW. 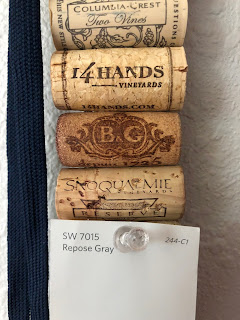 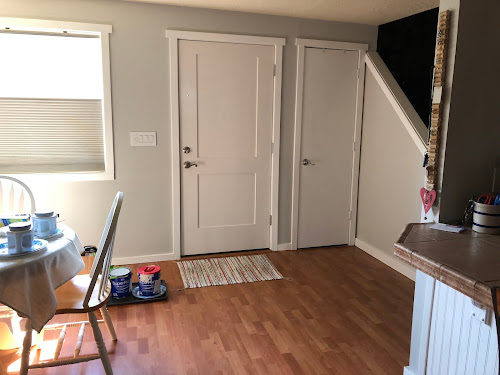 I'm painting over a light baby poop color, and the lighting isn't the best to catch skips, so I'm wearing my headlamp to paint.  With a tablespoon of vanilla per gallon of paint at least it doesn't smell bad.

The garden is doing well, keeping some neighbors in flowers, and some in veggies. 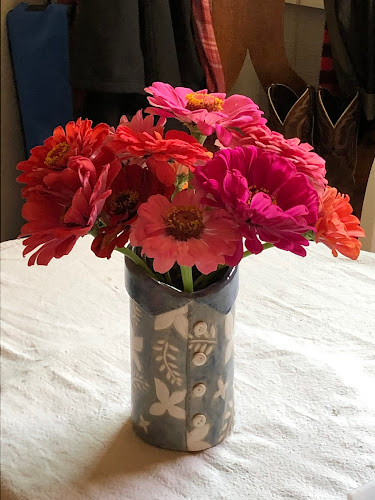 While Willie protects the bush beans in the back garden from the neighbors cat. 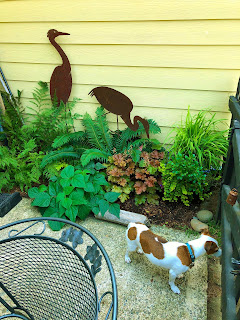 It has been warm for here. There is no A/C in the hovel so keeping all the windows open at night when it's cool and closed up during the day helps.