Today is this guy's 50th birthday, how can that be! 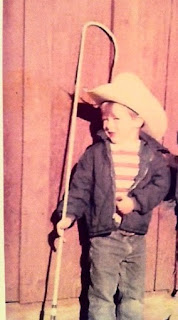 Here's wishing you the best of love and life. 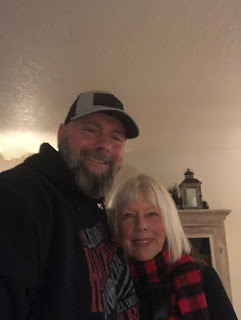 Listing to the Right... 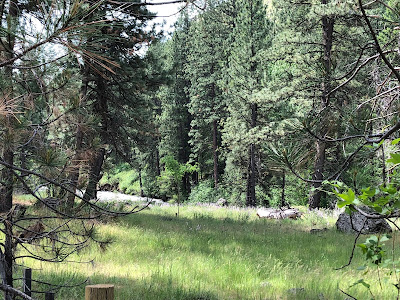 Took Nate (my SUV), who is named after Nate Romanowksi of CJ Box novels fame, in to get his tires rotated yesterday.  Then off to the garden center to peruse the trees and pickup a few veggie plants for my little front yard.  As I was walking around I noticed that I seemed to be listing quite heavily to the Right.  What the heck.
Got home, unloaded my purchases, still listing to the Right. Now I'm getting a bit puzzled. Put my purse on the kitchen counter, where it went thunk! Hmm... 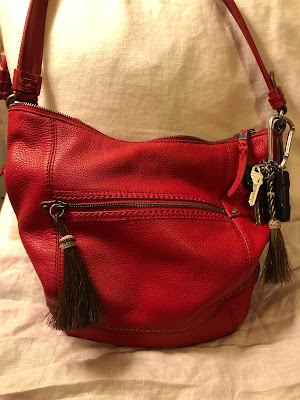 Took out my receipts to file, and decided it might be time to take inventory of it's contents:
small wallet
reading glasses
pen
note pad
tube of lipstick
lip balm
bandaides
Solatac P.T.K.
hemostat
tape measure
pepper gel spray
pocket knife
phone
all things that are normal carry for me. Digging deeper I found the cause of the listing to the right, three rocks from the NE Fork of Elk Creek! Removing the extra ballast to the coffee table, and replacing the rest, I'm once again closer to center.


In a chronicles of Sparta, Oregon article by Phyllis Badgley I came across this:

"Pioneering families of the area were of necessity hardy souls. Their strength was tried when they endured bitter winters and cleared roof high snowdrifts. Daily chores consisted of breaking solidly frozen ice in watering troughs. Mud was a year round common denominator, but no deterrent to gold seekers who flocked to the area.

(Catharine) Ott smiled when she related the women's view of primitive living under disagreeable circumstances.  Her Mother among other women referred to their living quarters as "could ya shacks", connotation meaning "could ya live HERE and still love him?"

Met my BIL and SIL at their river house on the Columbia Thursday morning.  We hooked up the boat, loaded provisions, three dogs, guns, chainsaw, them, and me, and headed out for their Sparta cabin. 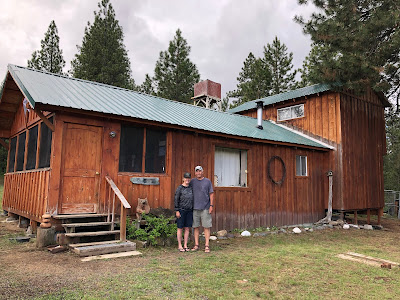 We arrived early afternoon, stashed our gear and went out to hunt for firewood, and mushrooms.  Didn't take long to find a dry Tamarack, saw it into rounds, and load up the back of the pickup. That taken care of we got into hunting for Morels. I'd never been mushroom hunting before, but after some tutelage from my BIL I sorta knew what to look for.  My SIL was the first to find a Morel. 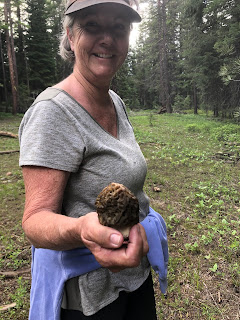 We ended up with a bag full of Morels, and a smaller amount of 'cauliflower' (called that because they look like cauliflower) mushrooms.

My SIL cooked them for dinner the next night, and after eating the Morels I can see what all the fuss is about. Heavenly!
Next morning we hooked up the boat and went fishing on Brownlee  Reservoir on the Snake.


It was hotter than hell, and we weren't catching much when my SIL said, "D.R. I'm going to get damn cranky if you don't get us girls back to the cool of the cabin, with a glass of wine in our hands, soon!" My BIL is no fool, we were soon back at the cabin.
Next morning we went on a tour of the area.  Beautiful country. We found where No Name City was during our travels. 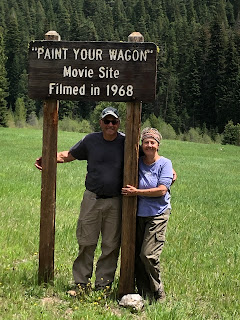 
We found more Morels on our journey and another Tamarack to cut and bring back to the cabin. On the way back to the cabin the wind was swirling and the pine pollen was so thick it looked like smoke. My BIL & SIL had never seen that before. I had from summer cowcamps. 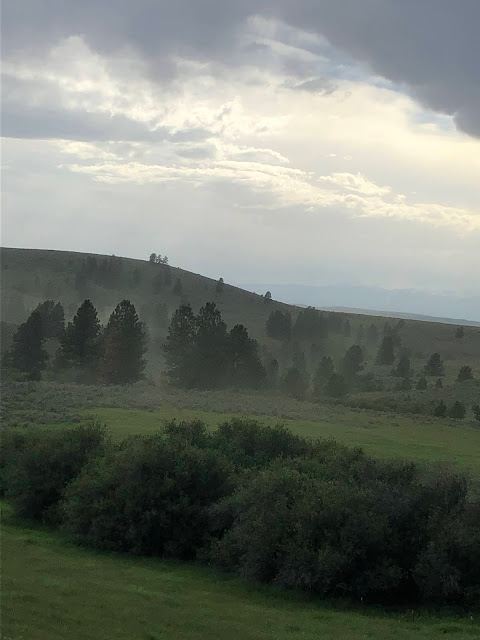 When we got back to the cabin we cleaned a fire break around the cabin, did chores, watched a movie, and went to bed.  I had the windows open in my bedroom upstairs and around 1AM the wind picked up and a massive thunder storm rolled in with rain & hail.  I was laying in my sleeping bag watching the light show, when my SIL came up with her flashlight and said, "Come down and see this! D.R. won't get up and watch it with me, and I knew you would!"  We went down to the porch and watched an amazing light show for close to an hour. It was constant lightening, and thunder boomers. It's pretty darn hard to beat a thunderstorm in the mountains for entertainment.
We got up late the next morning and packed up to hit the road for the River House. They showed me where the keys were and said "Anytime, you want to come here you can!"
Just as we were coming out of the forest we came on a family trailing their cows and calves to the summer range. They chatted with us as we waited for the cows to get past. Sure made me home sick for the life. 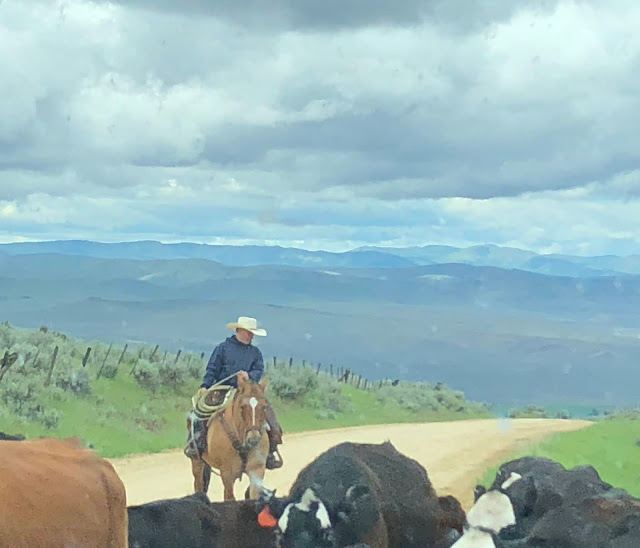 We had seen cows, horses, pronghorns, whooping cranes, deer, turkeys, rattlesnakes, grouse, but no elk (just tracks) and no bear.
I rode in the back seat of the pickup with two of the three dogs, the guns, and a cool chest on the way back. As you can see, Joe & Grace, are seasoned travelers. 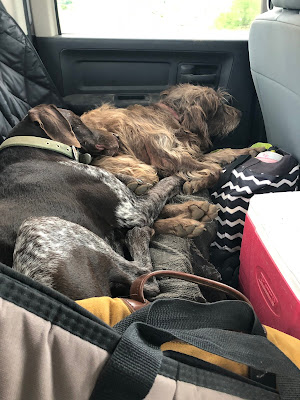 We had loaded an elk head and antlers on top of the stuff in the pickup bed to take to the River House.  My SIL said we looked like the damn Clampett's going down the road... lol
I stayed at the River House that night and came home early the next morning. Brought back a bag of Morels for my cousin, a couple jars of honey from my niece in Prineville, and a couple rocks from Eagle Creek.  It was an amazing time.