It has gotten to be funny around here how far my taste is beyond my humble budget.  I like simple. Less is more type deco. Though I try not to change too much around here as this is Dad's house.
While searching for a rug like the one below, in a (so my style) simple Montana guest cabin bedroom...
that turned out to be the award winning work of Architect Daniel Turvey...

I ran across an app that would tell me where a photo was taken/from.

Having wondered for sometime where the cabin in my header was, because I like that porch, and had envisioned many tales of who's and where it was.  Granted one of the blankets kept tickling in the back of my mind, but the connection would not be made. Now I know, it's the Blue Pony guest cabin, on Ralph Lauren's Double RL Ranch near Ridgway, CO. Well hell!
A little disappointing that, but at least I get to see the photos and dream, which is much cheaper any way.
On a search for garden art, I stumbled onto a piece that I liked, it was simple, spoke to the modern, and the ancient, and had a touch of the shaman about it.  I could picture it at the entrance to a drive, or at the edge of a rock patio over looking a canyon... 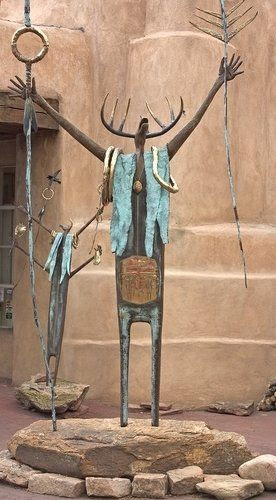 It's a Wednesday, late night, chores are done, and worries put away.
I have just finished rereading a favorite of mine... 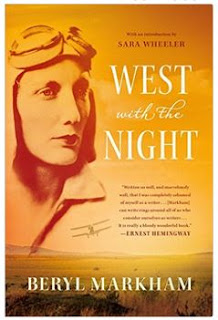 "This letter from Ernest Hemingway to Maxwell Perkins in 1942 sums up the book better than I ever could:

"Did you read Beryl Markham's book, West with the Night? I knew her fairly well in Africa and never would have suspected that she could and would put pen to paper except to write in her flyer's log book. As it is, she has written so well, and marvelously well, that I was completely ashamed of myself as a writer. I felt that I was simply a carpenter with words, picking up whatever was furnished on the job and nailing them together and sometimes making an okay pig pen. But [she] can write rings around all of us who consider ourselves writers. The only parts of it that I know about personally, on account of having been there at the time and heard the other people's stories, are absolutely true . . . I wish you would get it and read it because it is really a bloody wonderful book."--Ernest Hemingway

Hemingway almost NEVER sang the praises of other writers, especially not his contemporaries. As result, his acclaim for Markham's work can be seen as high praise indeed." ~ Ian

Pretending to be in the back of beyond: I can have a bonfire, wrap up in an ol blanket, close my eyes, listen to the night, and revisit another favorite... 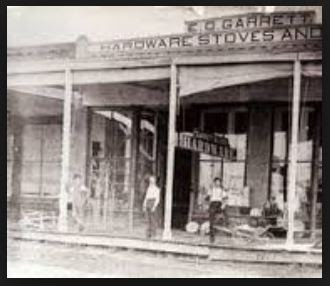 Tis the season for projects and repairs around Dad's house.
I learned how to install kerf door seal around the back door. Some rascally little dog (named Willie) had done a number on the old weather striping.
I sure miss the old Lyon & Garrett hardware store, where you could ask for darn near anything and they knew what it was, and where it was. It was a blessing, when you drove 15 miles into town for parts, the Cowman was waiting impatiently for.
Not so much these days with the Ass-ociates at HD.
First item,
The kerf door seal: Fair warning, the Ass-ociates at HD don't know what it is, or where it is. (Message me and I can tell you.)
Next item,
I needed stove bolts for a project of Dad's and that's what I asked the second Mr Ass-ociate for: Six stove bolts, and 12 hex nuts.
"Please don't tell me you have never heard of stove bolts, Mr Ass-ociate."
You haven't, and you don't think they exist. "Can I spell it for you?"
"Sure thing bucko, err Mr Ass-ociate... S T O V E bolts."
"You still don't think there is such a thing."
"Alrighty then, can you point me to the isle with the machine screws?"
"You can, because you have tons of them, great, thanks."
Next item,
"I need a roll of emery cloth, can you tell me which isle?"
You can't, you've never heard of emery cloth.  What is it used for?
"Sanding, If my phone was working I could probably find it myself."
"You are trying to find it on your phone, great! Sure I can spell it for you...E M E R Y cloth."
"Oh you need me to spell the whole thing...
E M E R Y  C L O T H."
"You are going to get someone in another dept to help me find it. Thanks."
Four Ass-ociates later, I had everything on my list and was out of there. 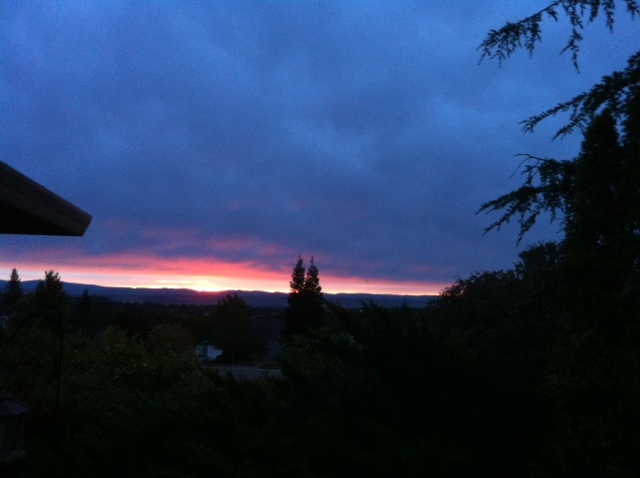 It has become a ritual for a few friends and I to go out to Sunday breakfast. When we started, mother was still alive, Dad was still able to watch over her for short periods of time, and I desperately needed those few hours away. With mother gone, and Dad less able, I have been taking Dad with me. He enjoys my friends, and getting out for something besides the usual appointments.
After mass I come back home, pick him up, and we head out to wherever the group is gathering. The airport cafe is usually his favorite as he is likely to run into a few cronies, and see some cool planes. Last Sunday the friends were out of town, so it was just Dad and I.
As we started out to the airport, I told him the KOC were having their pancake breakfast at the parish hall just down the street.  I get a couple blocks past the parish hall and Dad says " Oh hell, might as well give the money to the church, where it will do some good. Let's go to the parish hall breakfast."  I have taken Dad to KOC pancake breakfasts before.  The food was plentiful and good, the price was more than reasonable, and the guys were very helpful, so he knew what to expect.
Dad thinks of himself as an atheist, so anytime he's willing to give to church projects I keep my mouth shut, mostly.
We get there, pay up, and I stuff our tickets in the wine drawing jar. Get Dad seated, and ask him what he wants to drink. "I'll have coffee and orange juice, please, Sis."
Off I go to find the beverage cart, it has two identical jugs of orange juice, and two of coffee. I hold up the one that seems like regular coffee, and one of the guys nods, yes.  Serve our coffee, and go back for the orange juice. As I'm pouring our glasses full I smell booze, laugh, and tell Dad, "Wow, they've started serving Mimosas!"
One of the KOC fellas takes me aside and says, "One pitcher is Mimosas, but the fellow that made them forgot to mark it, so we don't know which is which!"  No worries! (I know which pitcher is the Mimosas.)
Dad tries it, not sure he likes it, and gives me his glass, sending me back with another glass for regular orange juice for him.
When we have eaten our fill of the delicious fare, I go back for another Mimosa. (I still know which pitcher is the Mimosas, though I have observed some of the KOC fellas doing a lot of taste testing).
I ask Dad if he is sure he doesn't want one, "seeings how he's not on the church's radar, and we are close enough to crawl home from the parish hall".

"Did they know what they were getting when they accepted you?" he asked with a glint in his eye.
"Of course, why I remember my MIL Mary telling Father Dillon there would be interesting times ahead and I was going to be his ticket to heaven."

Dad's 93rd birthday was Monday, the 26th. That's a lot of water under the gunnels.

He didn't know that Marymine and the grands were coming up on Sunday to help him celebrate. I had told him I would be back from early mass in time to take him out for Sunday breakfast at the airport. "Be ready to roll, Dad." I got back and he was still asleep (those long nightly, late night phone calls with the girlfriend just plum tucker a fella out).

Just as he was finishing getting ready, Marymine and the grands showed up.  He was very surprised, and happy to see them. 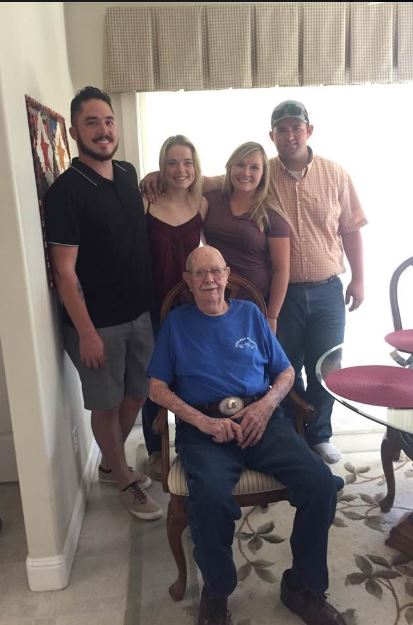 Ever the farmer, his first question to Colt was, "how come your not in rice harvest?" Colt said, it looked like another week and he would be.
Many stories were told, much cake and ice cream was eaten, many sparklers sparkled, and the house rang with laughter. It was a good day.
Monday, on Dad's birthday, he got visits from friends, and calls from far and wide, and a call from my brother.  My Sean called to wish him a great birthday, and share remembrances of good hunts together.

It was a good day.