Labels: cowgirl, horses, where I need to be...

How hard can it be... Five times I have gone fishing with Dad, and I forget to say the "please God let Dad catch a damn fish" prayer before we get started. Maybe I should leave out the damn part. 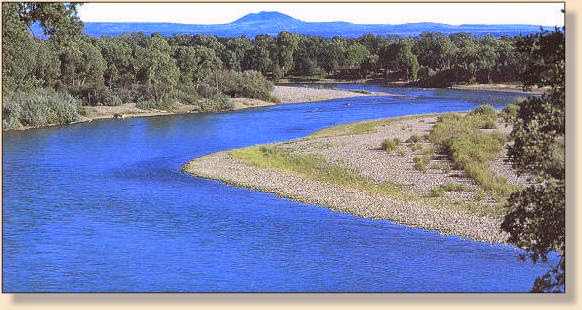 C had returned from new squirrel vetting in DC and a vacation with the wife, so he came along. Turns out he is a great deal more into first class accommodations than we can provide.
We launched and I was driving down river when the motor started sounding strange, and then died, dead.  While C was tinkering with the motor, with Dad giving directions, the viking was paddling for a gravel riffle near shore against a 6 mph current.
A blown fuse, which was replaced with the emergency fuse, which promptly blew. Short somewhere! C decides he will walk out to a road, call a friend for a ride back to the boat dock and send someone to get us.
I get Dad situated and as shaded as possible, while holding the boat in place. A couple of hours of standing in knee deep cold water was doable.  I spent the time listening to Dad's tales, and turning over rocks to see what creatures there were, found my first leach, some hellgrammites, and assorted other creatures I did not know. Watched salmon jump and a falcon hunt across the river from us. He was amazing to watch, but having no luck either.
A guide boat came by and said to call the sheriff's dept, and they would send someone to tow us back up river to the dock. Hello, why didn't we think to do that. I got on my cell and called the sheriff's dept. and a short time later the Sgt shows up with their boat, and tows us back to the dock.  The Sgt was great, as it was not an easy thing to keep his boat in position and to get the tow line tied off from our boat in that current.
Against Dad's directive, I had untied the anchor from the line before hand. It would not have been nice to put a ding in the sheriff's boat or the Sgt. by throwing the line with the 20# anchor still attached.
C had caught a ride with friends, and met us at the dock.  We put ol ugly back on the trailer and headed home. Ol ugly is now resting comfortably in the boat hospital getting a complete overhaul.
As for C, he does not appear anxious to go with us next time, geez, where is his sense of adventure... 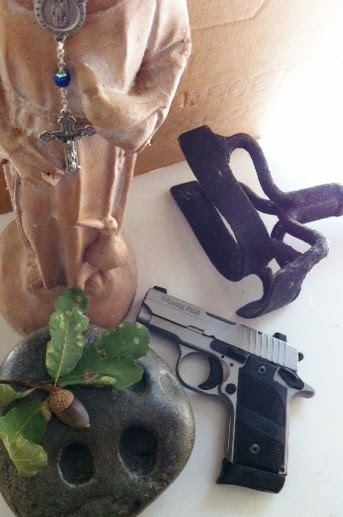 Today, a month and a half after I requested it, I finally had my meeting/interview with the RBPD Lt., in the 2nd step to a CCW permit. I had previously filled out all the extensive paperwork and filed it with the RBPD.
I will say Lt and his aide were nice, friendly and liked my little Sig (I was a bit concerned, as Lt seemed to fondle the little Sig an unnecessary length of time, while whispering "sweeet..."). Oh yes, I can permit no more than three firearms, and each has to be in my name only.
Now I have to wait another two weeks to get the live scan done by the TCSO via appt, then wait for those reports to come back, then back I go to the RBPD to get the "Good Faith" letter that says I can take the required course by a RBPD approved instructor.  (that course is scheduled by the independent instructor). Certified courses taken prior to the Good Faith letter do not count. After the course is completed, the course cert. goes to the RBPD, where the Chief of Police reviews it and decides whether or not he will issue the permit.  In other words, I can complete all of the requirements and pay nearly $500 to get to this point and still be denied a permit.
I went into this knowing it was not necessarily going to be an easy or inexpensive process, but this, this is more of a cash cow scam than anything...

As much as I love boots, I only have three pair. One old pair I bought a long time ago, 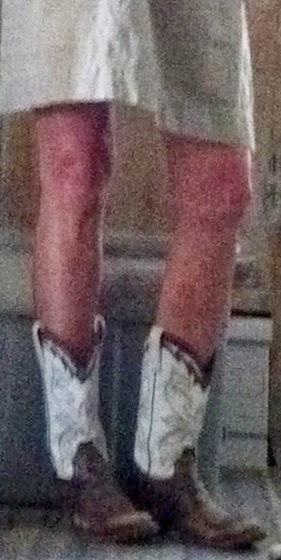 one pair that are beat up hand me downs from a grand, and one pair that where giveaways from a friend that didn't fit her.
So there I was sorta look'n on line for a new pair of kicks, and I saw them, a pair of Lucchese's!  I had a pair of Lucchese boots in high school (sold one of my calves to pay for them). They lasted me til my second baby was born, and there just wasn't anything left of them.
Boots are just boots, but these drew me like a magnet, they did! Just a picture of them was all I saw,  so I clicked through to the catalog page they were on. Well dammit, they are sold out!  How can that be?  Where is the spec page for these awesome boots? 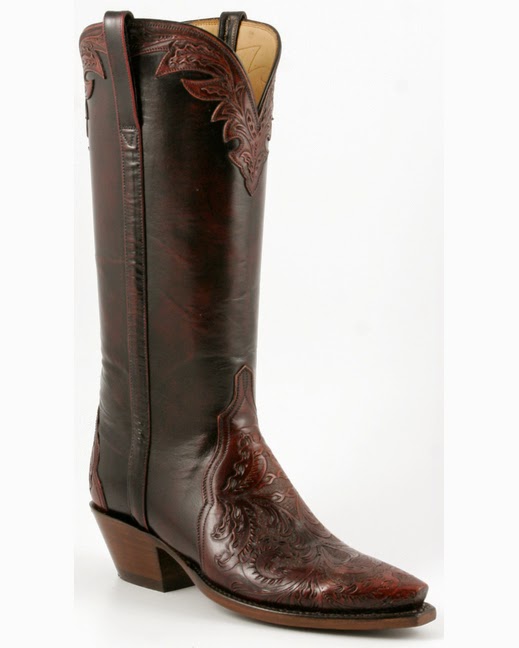 Oh there it is... well no wonder they are all sold out.  Who doesn't have $1875 just lay'n around.
You can only wear one pair of boots at a time, three pair is plenty.

Call me old fashioned but what is it with men dressing like vagrants?  I've starched and pressed more shirts and wranglers than I can remember, but never minded because I liked the look. George Strait is a good example...sigh 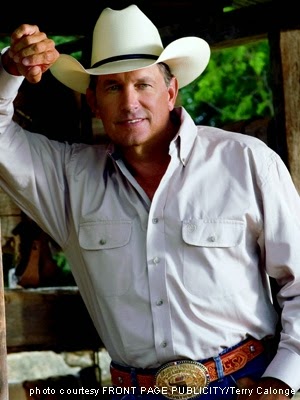 Now, most older men seem to think casual means shirts with the sleeves cut off, wife beaters, ratty T shirts, loud Hawaiian prints and weird pants that look like they came from an obama factory.

My point of view could be skewed by the fact that my dad was always neatly dressed.  Didn't matter whether he was deep in the belly of a harvester or hunting elk in the back of beyond.  The Cowman's dad and the Cowman were the same way, as were the majority of their friends.  Maybe it is unique to the cattle business.

I used to special order the Cowman's shirts (with a small, discreet monogram) from a shirt company.  Not that we had money to burn, but their shirts were in the long run well worth the money.  Plus, I laundered them instead of sending them out, so they lasted.
I wrote the shirt company a note once...

Dear Sir:
I have waited way too long to write this note.  Thank You, for making a great shirt.  My husband is a cowman, and as such his shirts take a real stomping (usually with him in them).  They've been singed by branding irons, stained with blood, mud, recycled grass, grease, and lipstick(mine only).  Your great shirts just keep coming back for more, and have been around longer than his best dog. So, I'm here to order more and thank you again for making a truly affordable and durable shirt.
Sincerely, the Cowman's wife

Back came a nice note, and a voucher for two shirts!

Way back... My Granny H at 12 in Dakota territory. 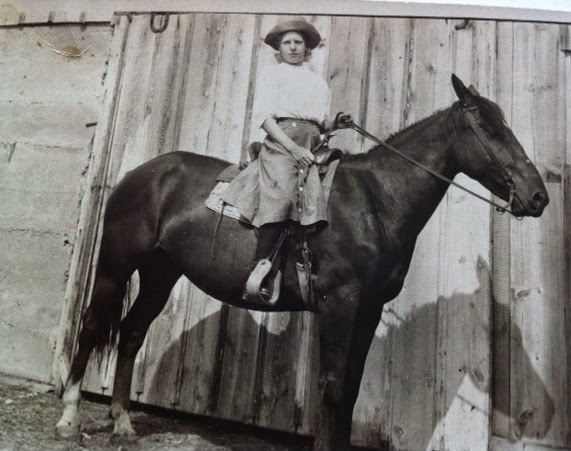 She was the best granny! A wonderful school teacher, she started out teaching in a small one room school house, and lived with the families of her students.  An awesome seamstress, she made beautiful tailored wool coats for all of us grandkids, and flannel jammies. A good cook, the Cowman loved her cow tongue sandwiches, I loved her pickles, my kids loved stopping by her little house for her homemade ice cream.  As a Scrabble player, she was tough to beat. An avid SF Giants fan. A voracious reader, she instilled a love of books. She got Shakespeare, and made girls night at the SF opera happen. Though never much for riding, she dang sure had try...

She would have a fit and then laugh, if she was still around to know I put that last pic up.
Miss my rock solid gran...

I found the quote I was looking for and it fits this ol cowgirl just fine... 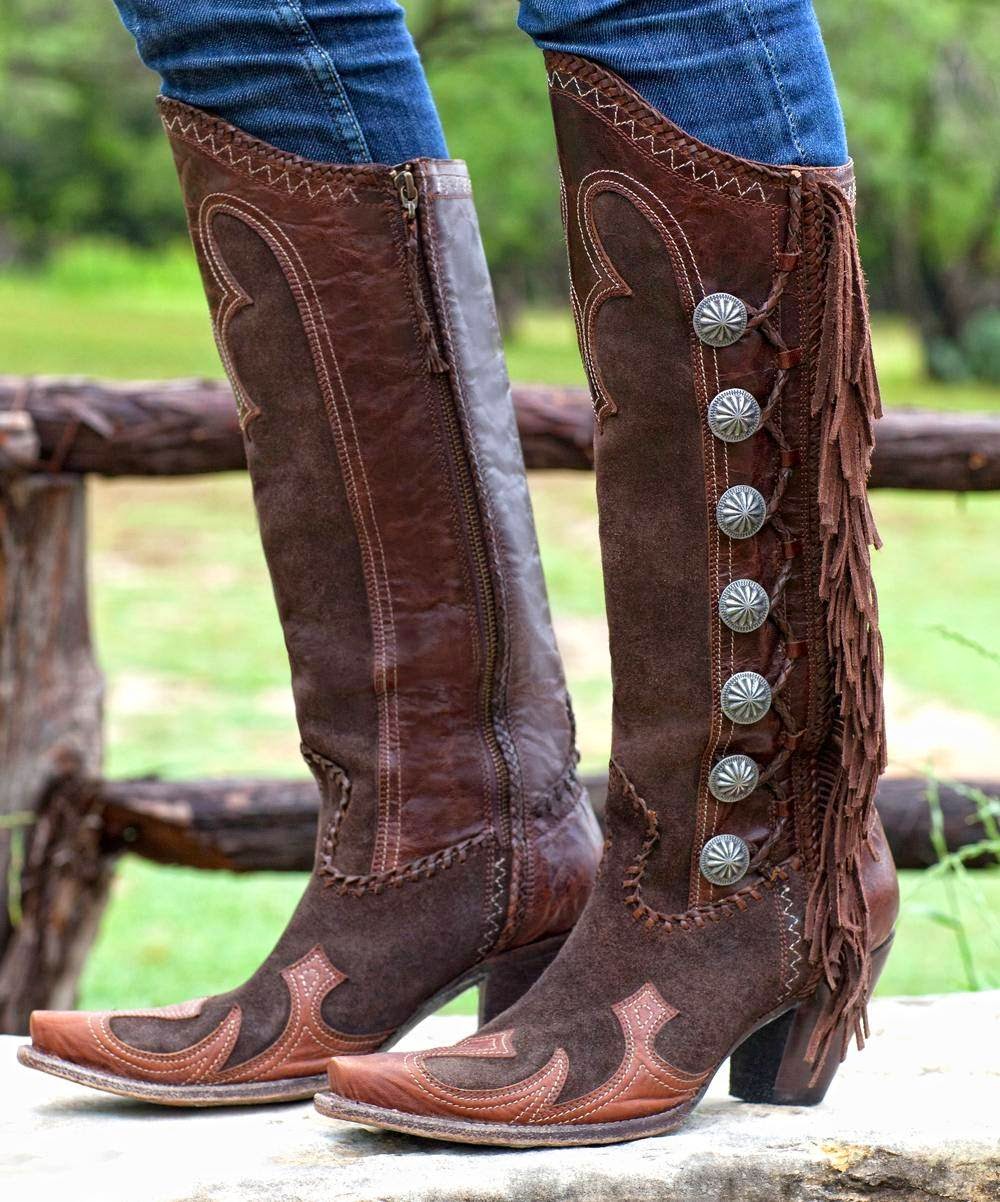 "There are friends who
will offer advice
and wisdom.
Then there are
cowgirls,
who come
blasting through
your door with
whiskey, weapons,
a shovel, and a plan!"

I can't quite believe you let me whine about an ol piece of dirt!  That you didn't tell me to "suck it up Bucko, pull on your boots, and get on with it..."  that "I" didn't tell myself that!
I have a roof over my head, food put by, people that sorta like me, and some great kids and grandkids.  A dog that eats out of my hand, a matchmaking Dad, and this time, this time that I could be putting to good use.
Since the Corpsman and my 30 sons by other mothers are back on American soil I've been floating. Not nearly pulling my weight in a lot of ways.
I need to suck it up, pull on my boots, and be burn'n daylight.  My dreams aren't going to be just dreams!
In order to buckaroo up, I have been perusing  motivational posters. 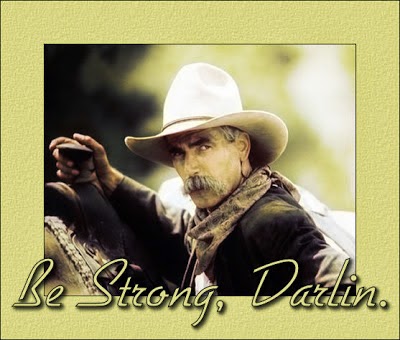 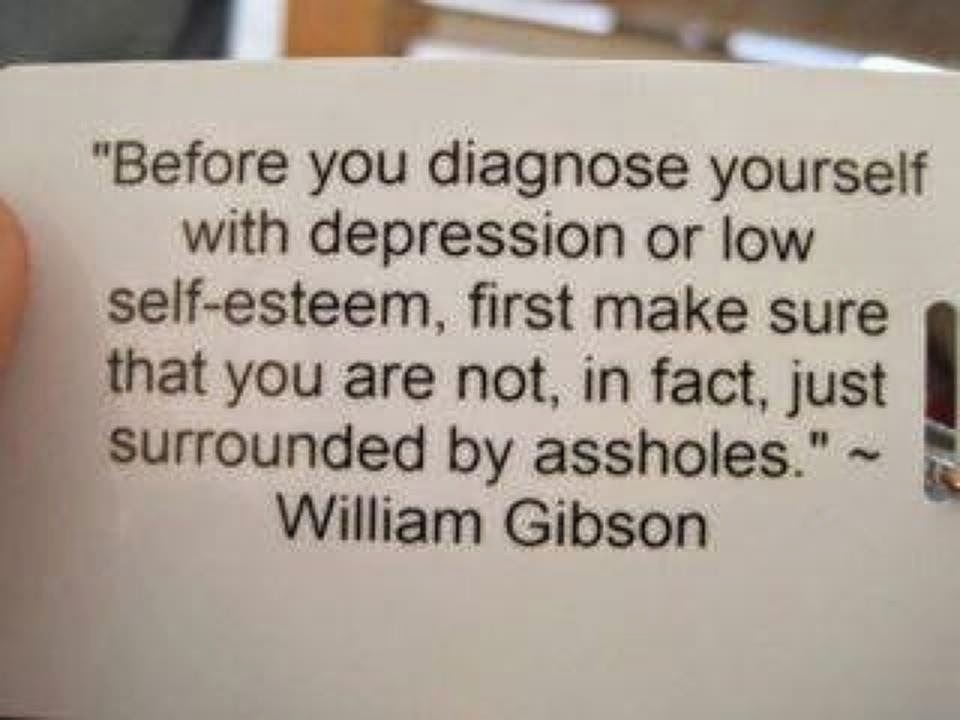 That might help...
but I need one that is more, well, on target 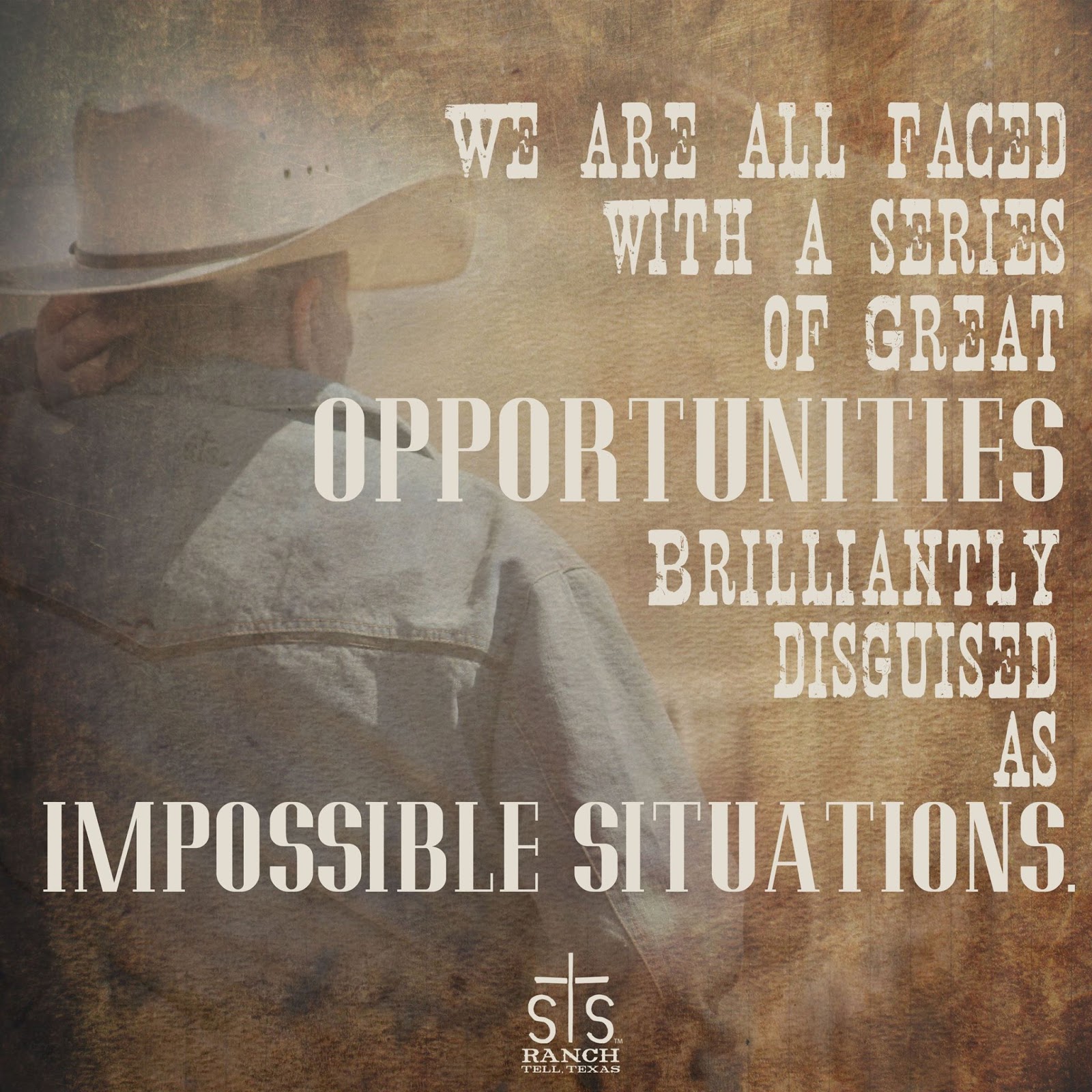 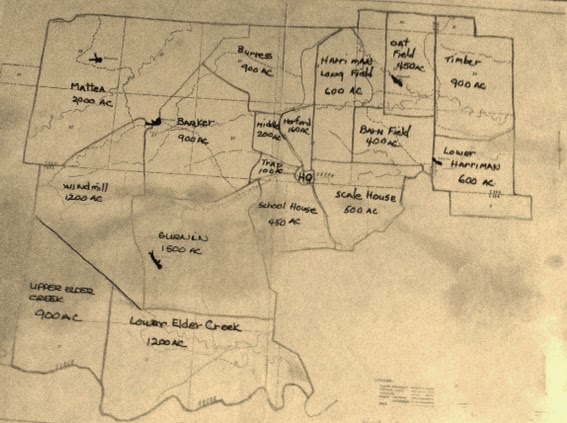 Just an old map of a piece of dirt, I haven't been back to for a long time. There are too many memories there.  I can't even fly over it without tears. The legal papers say it belongs to others, but they didn't raise their babies there. They have never ridden or walked every square inch of it.
Those that knew how the fields came by their names are long gone. Some are easy to figure: 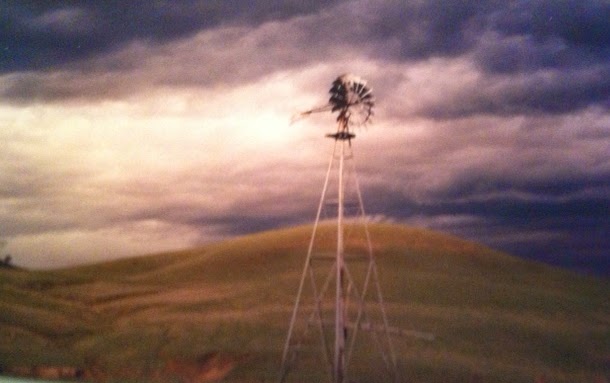 windmill has a big windmill, school house had a small one room school house, Harrimans owned the little piece next door til the Captain bought it.  Lower Elder was always known as Red Door, as there was an ol line shack with a red door.  Mattea dates from the original land grant, I believe.
In a lot of ways I was raised on that piece of dirt. I have never believed you could truly own a piece of ground.  No one told me it could own me. 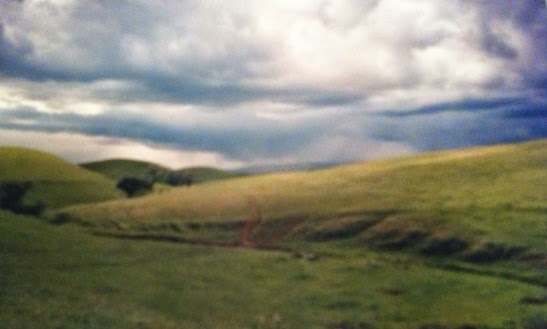 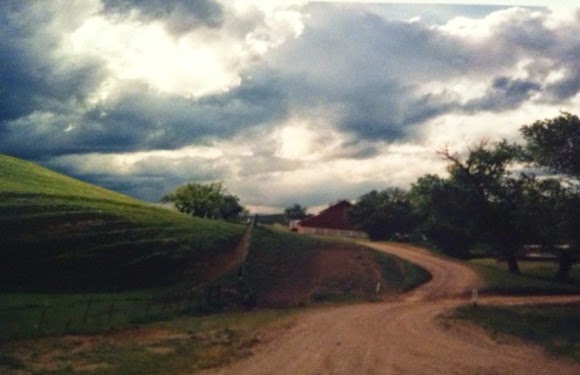