Having decided that I needed to work at getting in better shape, and improve my shooting breathing, I signed up for a yoga class.  I chose the late morning, week day class, figuring it wouldn't have a bunch of svelte young things.  Not that I mind much, but knowing diddly squat about yoga I figured it would be less of a strain to keep up with those my own age.
First class, I didn't have a mat, so had to borrow one from the instructor.  How in the heck can they call that a mat, it was so thin, either a very large heavy woman had used it before me, or torture is part of the program.  After class, having crawled back to my SUV, I sped down to the thrift store. "Do you have any yoga mats?"  "I have one in back, follow me."  She pulled out this purple (not my favorite color) cushy mat with an Empowered logo, looked at it and looked at me in my yoga shorts, aviator sunglasses, and cowboy boots...sighed and said, "how does $1.50 sound". Sold.

Next class was the same older group. It was comforting to know that being left handed has nothing to do with being right/left challenged.  We were told to put our legs out straight and put the yoga block on top of our legs, while holding our feet just barely off the floor... and hold... and hold... and then the queen of torture laughs and tells us to breathe.  Holy Mother of God.
After a short rest/nap, she has us do a bunch of warrior poses. I can do this, easy peasy, while I was at it I figured I could practice a few ccw draws.  Torture queen just sighed, obviously not her first rodeo.
Next class was full of younger women who should have been in school or working.  Hardcore, and did not appreciate our ability to bust out laughing when someone fell over, got a yoga block thrown at them, or  got stuck in a pose. Namaste chicas!
Posted by Brig at 9:19 PM 13 comments:

When I took the Elders on their lunch date, the restaurant manager waited on them. He kept looking at me like he knew me, and I kept staring back... thinking I knew who he was.  My dad said to him, "She lived on the SV ranch for a time." 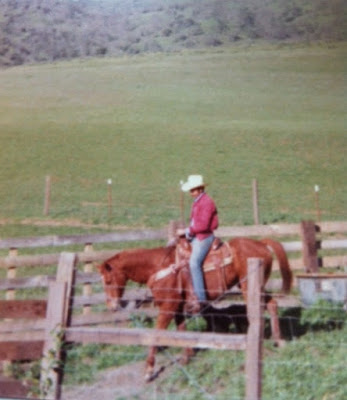 His face lit up, and he gave me a big hug. "Mrs M, I thought that was you!"
He turned to the Elders and proceeded to tell them that he had come out to the ranch, as a kid, to hunt with my son, Sean. He said he would never forget it.  It was the only ranch house he had ever been in that was spotlessly clean and had a shovel, and a shotgun beside every door. I don't know about the spotlessly clean, but yes, there was a shovel and a shotgun beside every exterior door.
"They killed 30 rattlesnakes, in their yard the last summer they lived there!" he told the Elders.  Which is a bit of an exaggeration, it was closer to 27. We did have a bit of a snake problem, and a wild hog problem, and an elk problem, and a bunch of Brahma bull problems. 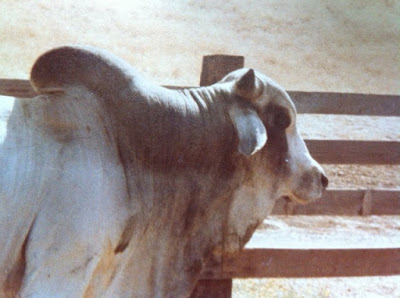 There were bits of heaven along with the problems. The ranch didn't have electricity, or a house for us to live in, so the absentee owner let me design the house. He never batted an eye when I spec'd exposed aggregate floors in the kitchen and living room, or the wood stove and gas refrigerator from Sweden, or the cantilevered den. I got the chance to build a house, it doesn't matter that I never owned it. 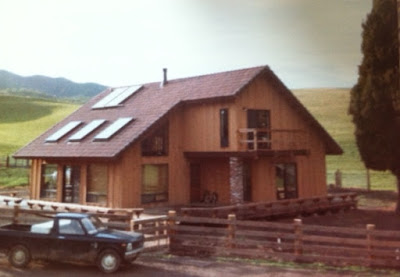 We had some good times on that ranch. So what if you had to bathe in the spring fed horse trough when the generator quit you.
Posted by Brig at 4:42 PM 10 comments:

One of the gals called, "I will be by to pickup your kayak Thursday night. Make ready."
Friday evening we all piled in her pickup and pulling a trailer full of kayaks, headed out for the Blue Moon Paddle. It was hot, it was smokey from all the fires, and we were all tired from a long week. The thought of being able to spend a couple hours on the water made the journey worth the effort. 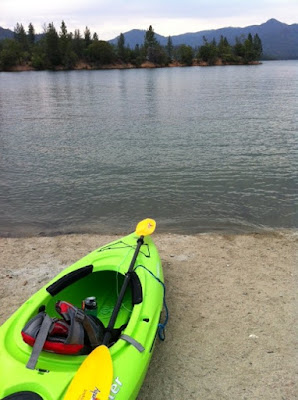 We got up to the lake in plenty of time to paddle for a few hours before the sun set. 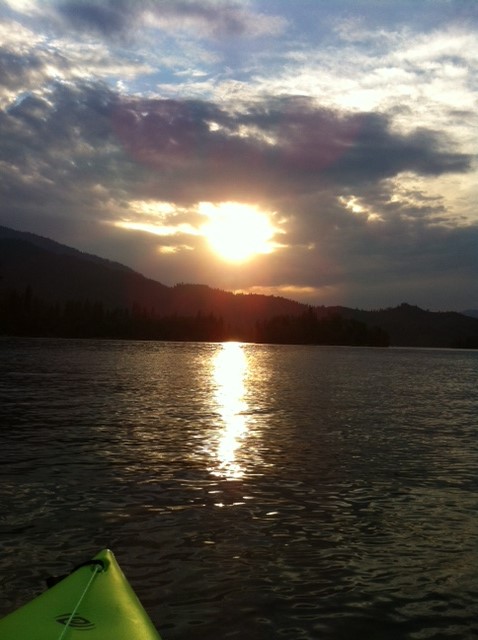 The others were having a great time teasing me about all the gear I have stashed in my dry sacks. It got to be a question and answer period of: do you have? the answer was nearly always, Yes. (I do not have pink sparkly duck tape.) (I do have reflective tape, but I didn't tell them.) I understand that they have never traveled in the back of beyond with no one else around, or ever been out of cell range. I'm quite sure they think I'm paranoid. I just prefer to be prepared, and hopefully never have to use any of it.
We were a motley group: a banker, an auto dealer, an orchardist, a retired mill wright, and I.
We drank a few Blue Moons in honor of the occasion, 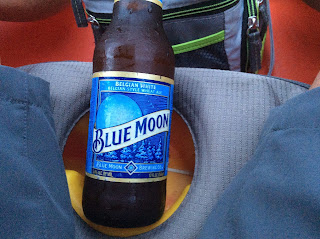 watched a pair of falcons hunt, felt the soft breeze off the water, smelled the pines, saw fish jump, got wet, told outrageous tales, and laughed at and with each other.
A gorgeous full blue moon rose through scattered clouds as we paddled in...
Posted by Brig at 12:31 AM 11 comments:

Let me tell you driving the Elders bus is not for sissies... 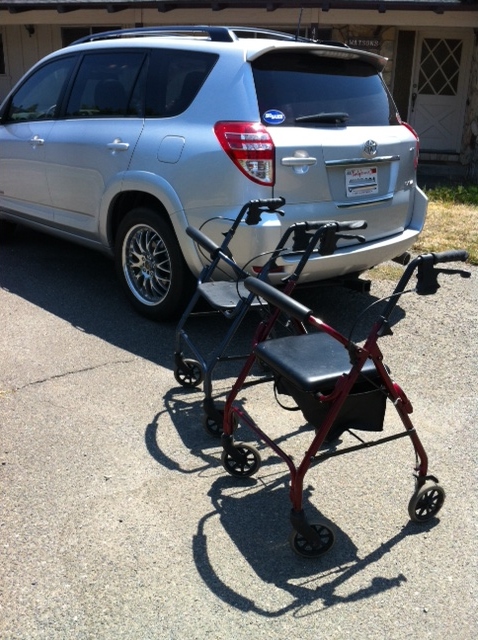 The Elders give a lot of unrequested directions, and little tidbits of strange information...

The Elders remember events that I have long forgotten, like the engagement party to my first fiance.
The Elders are very resourceful, like Dad's date showing me the tooth she Gorilla glued back together for this date.
The Elders argue over who is paying for this luncheon date, but forget to tip the driver.
The Elders actually want their picture taken, 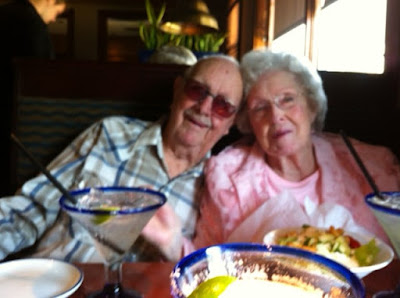 and don't care if the driver has the Biggest Margarita she can find.
Posted by Brig at 8:21 AM 14 comments: