It has been cold and wet around here lately. Today it was just cold. 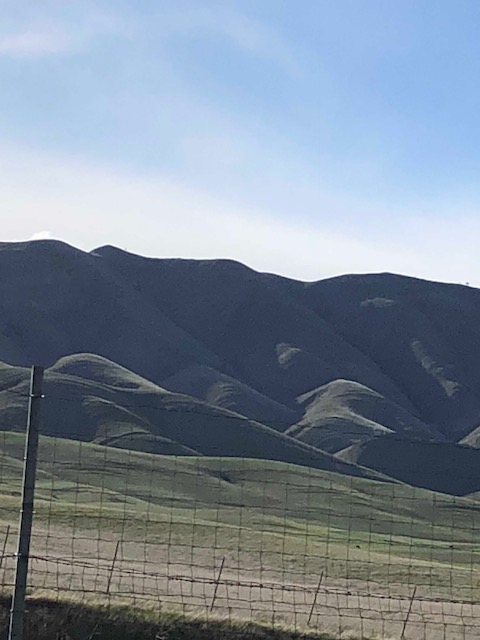 Since Willie and I had agreed to go to RB with a friend to watch her grandson team rope, I layered up with a turtle neck, a flannel shirt, and a weatherproof jacket on top. On the bottom half there were a pair of leggings under jeans, and mocs with heavy socks. 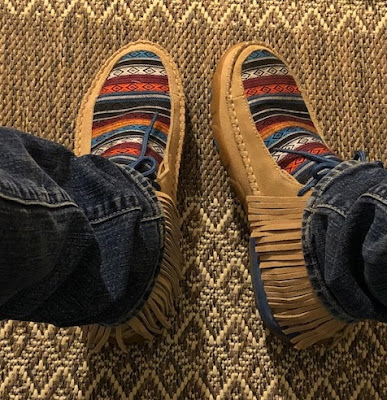 We had a good trip up, and though her grandson's header missed giving them a no time, it was great to see her grandkids. 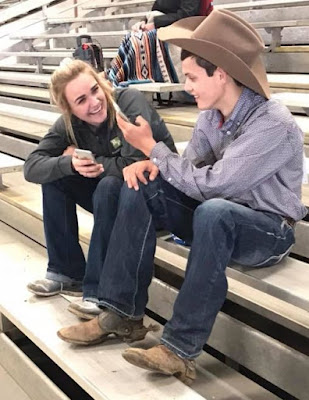 Other high school ropers warm'n up. 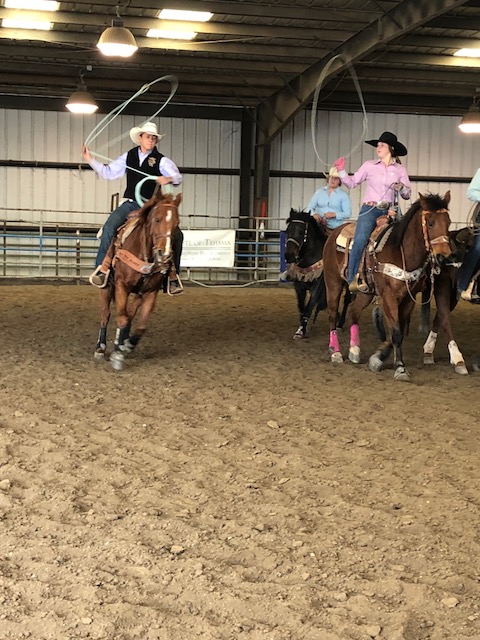 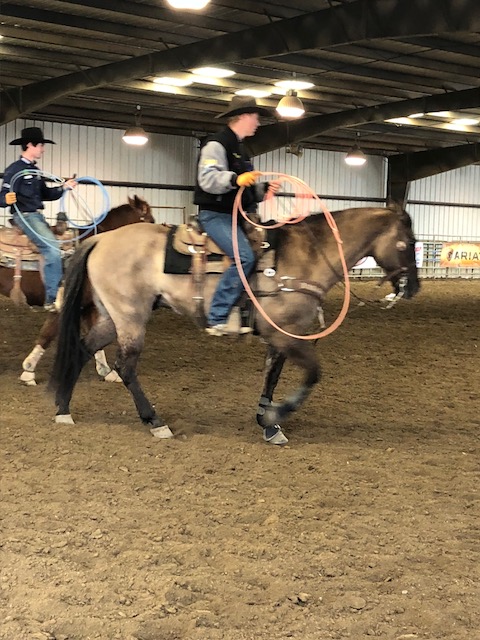 As we were driving back into her place I took a pick of some of her yearlings. 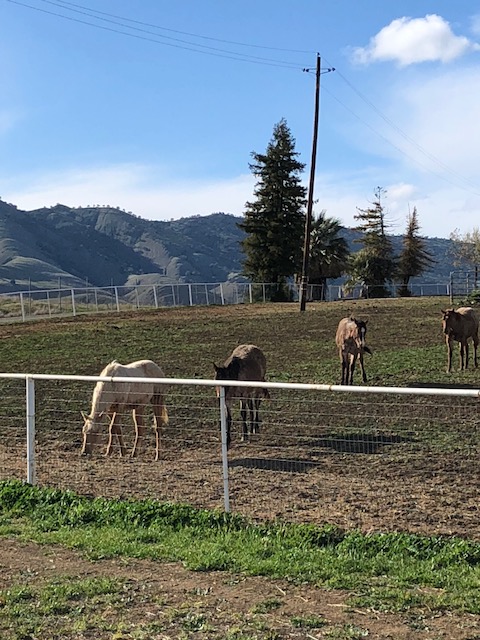 She said "Don't take a picture of them now, wait a week when they won't be so scruffy look'n!"
I told her, "If I take one now then I have an excuse for coming back in a week to take more pics!"

Up at the house I got to meet the newest member of her family,  a Minnie Aussie pup, named Cooper.  He is going to be her show & stud dog. 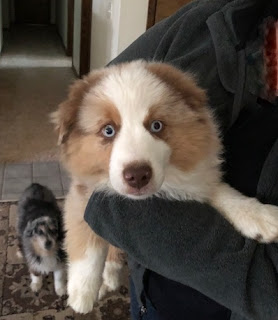 My friend's husband passed away recently.  She's a strong woman, and has lots of support from family and friends, still the transition is a big one. 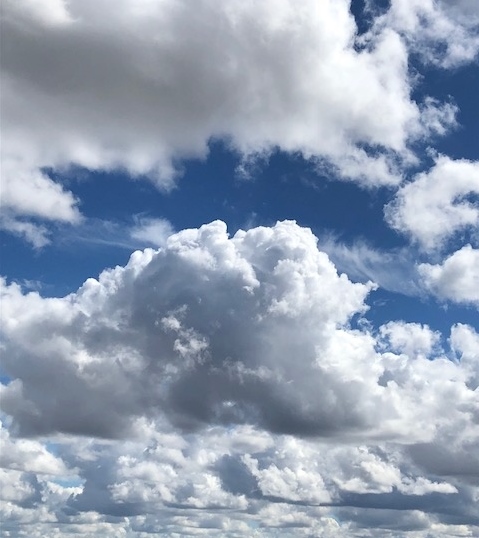 Dad's been gone a year as of yesterday. Lost my best fish'n, shoot'n, golf'n, fly'n, and travel'n buddy. Sure miss those twinkling eyes, that dry humor, and his shenanigans.

Willie's GPS tracker is working like a charm. Why the heck didn't I get one a long time ago, well because my old phone wouldn't support the required app. My old phone was way past the expiration date, and the kids all said I needed to get a new phone. Not that I listen to them, but  I went and got a new phone and changed carriers while I was at it.  The kids may be rethinking their encouraging me to do so, as Nanny works around the place with music blaring from her new phone.   https://youtu.be/8UHMSVOHddE

Yesterday evening I got home to find Willie acting like he had something stuck in his mouth. I couldn't see anything, but knew something was there. Called the emergency vet, got Willie an appt and we headed out.  Fortyfive minutes driving and a short wait later he was seen by the vet. Sure enough he had gotten three small sticks crosswise in the back of his mouth. They were removed and after considerable lightening of my wallet, we were on our way home.  I would have much rather gone on a St Patrick's pub crawl with the kids, and think Willie would have, too.
Posted by Brig at 10:43 AM 28 comments:

Sunday,
Test day for Walkabout Willie's GPS tracker by Whistle3.  After a few glitches getting it set up on my phone, it was put on his collar, and he was turned loose. He stayed close to me for a while, til he figured out he wasn't on a lead, then off he headed to visit the pack at Marymine's. Ping went my phone, "heads up Willie is 500 ft from home" and it showed me where he was on the map. YeeHaw, So far so good!
XSIL C (it's amicable) & grandson Colt finished mounting the motor on the frame for granddaughter Lauren's "off to college in the fall pickup".  (This is the third vehicle C & grandkids have rebuilt together.) 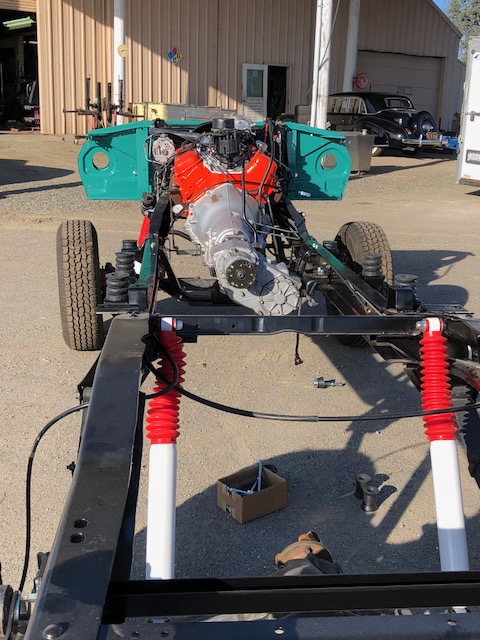 Colt used the forklift to gently put the cab on the frame and the boys bolted her down. 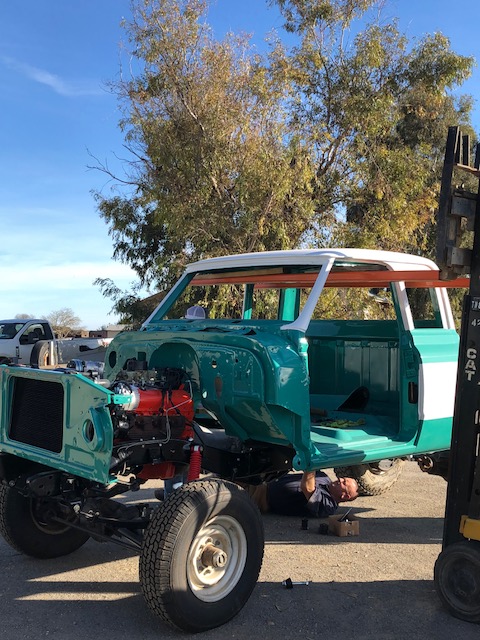 Progress is being made.  Kids tend to take better care of things they have helped to build.

I laugh when someone says, "I could never live in the country, the quiet would drive me crazy!"
Sure it can be quiet on occasion, but more often than not it is a bit noisy, especially when the neighbors are having a disagreement...

There is a beautiful old church in the area where I'm temporarily staying.  It is well maintained and loved by the small town (pop. 391) it is in. 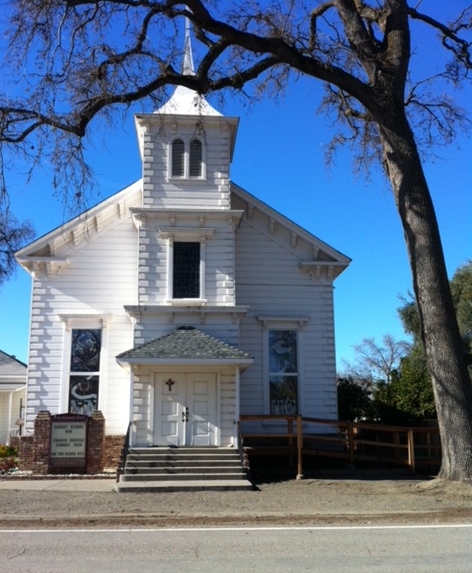 ***
Not far from the family compound is a shop that restores and rebuilds old vehicles, mostly for the locals.  I promised the restorer that I wouldn't tell where. He did give me permission to post photos of some of his work...

This is grandson Colt's other ride, though now he spends most of his time in his work pickup. Farming doesn't allow him a lot of free time, especially around here. 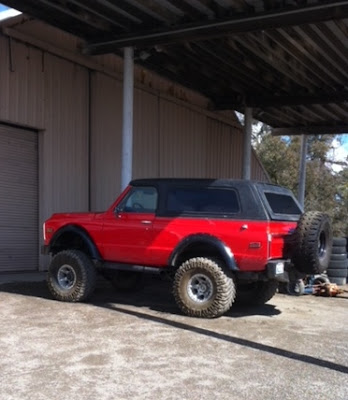 T, the restorer is finishing up a complete restore of a local farmer's pickup from when he was a kid. When it's done it will go to the farmer's daughter. I heard it being test driven the other day, and I'm pretty darn sure it's got a bit more HP than it originally had. 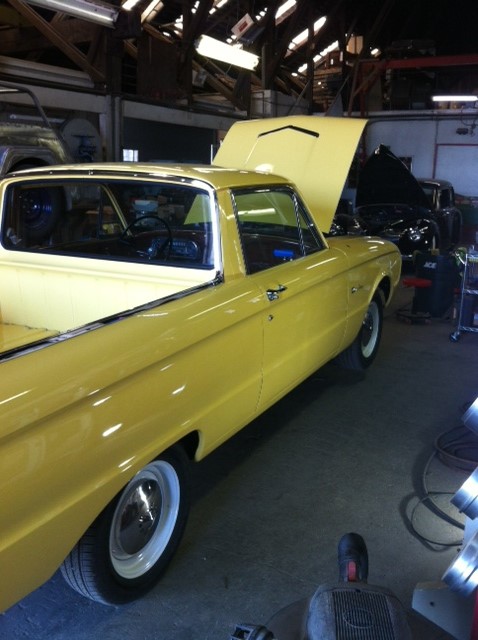 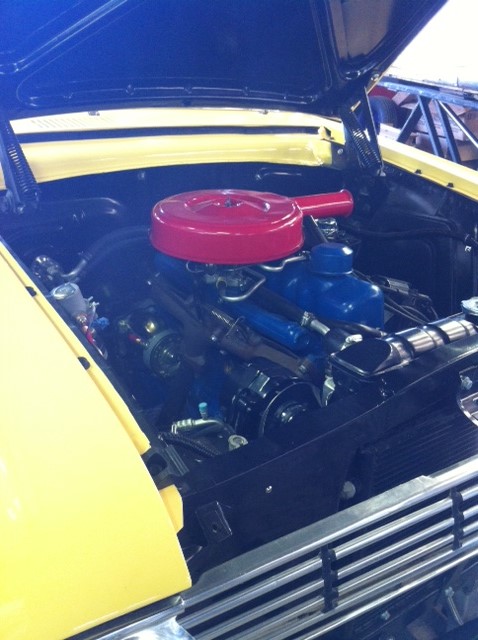 Really wish my photos where better as he does beautiful workmanship and his attention to every detail: engine, brakes, wiring, etc is amazing.
I don't know who he did this one for but it is sweet... 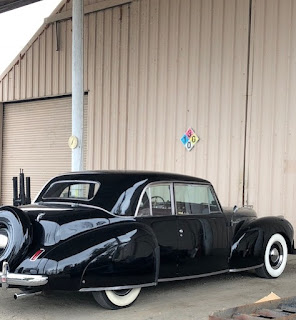 ***
I've been trying to make as many of granddaughter Lauren's games as possible, while I'm here. She's gone from playing basketball to softball in the last month.
***
Met with the accountant in RB on Friday, and that went well. As I've said before there are many good things about living in a small town. The accountant and I went over the figures, he called the estate attorney (whom he is good friends with), and said, " I see no reason why we can't get this finished and closed out!"  Then he instructed me to make some changes to the estate bank acct. I told him that was doable as I could certainly swing by the bank on my way out of town. About then we both realized it was a Friday afternoon... so he said "let me make a call to the bank" (he's on the board of that bank) he told them what he wanted done, and that I would stop by on my way out of town. I went by the bank, and was told it was all taken care of, and to have a safe drive home. This could have been a headache in so many ways, but it wasn't at all.  Like those small town Wrangler wearing accountants and attorneys!

***
Loving that my daughter and all the kids get together for a family meal once a week. It isn't always easily done as they all work full time, Cody & Lauren are full time students as well. Plus, they all do other things for the community: helping neighbors, coaching sports, being 4-H leaders...
Posted by Brig at 4:12 PM 20 comments:

Had a meeting with the estate attorney in RB last week to see what needed doing to get closer to buttoning up the whole estate shebang.  He set me up with an accountant in RB that has graciously worked me into his busy schedule to help with taxes and the like.  I meet with him next Friday.
You really have to love small town connections, turns out the accountant is a board member of the local bank that I use for the estate. A good friend of mine is the VP of the same bank, and on it goes... It helps to have people on your side.


Willie and I have been wandering the countryside, we take the road less traveled as often as possible. Yesterday we made a loop and saw a large field full of snows busy eating with the Buttes off to the side.  I stopped to take a photo and a gentleman stopped to do the same. As I turned to get back into my suv, the gentleman asked me if he could take a photo of me taking a photo. He gave me his card and explained who he was.

"Sure, if it's only going to show my good side."

Bless him, he's a man of his word.