Dad has been calling in all his markers to get back on the river fish'n. 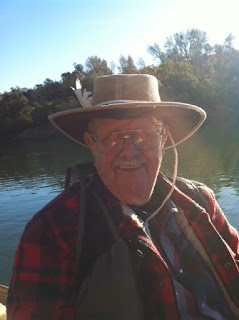 He talked Flash (pilotman) into pre-flighting Ol Ugly, so bright'n early Monday morning we put'er in the river.  I had rigged my new Pink pole just the way my SIL (fishing goddess of the Columbia River) told me. 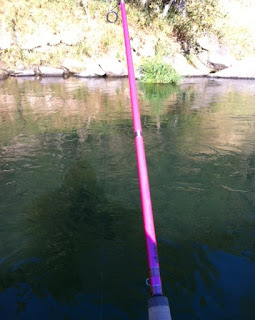 Dad wore his hat backwards for luck, Flash took the helm and away we went. It was cold on the water at o'dark thirty, but beautiful.  We only saw one salmon jump and didn't even get a bump on the stink bait coated flatfish. A trolling motor on Ol Ugly, and having Father Sherman bless the poles might be the answer. We saw lots of turkeys, hawks, and deer. None of which I managed to get a picture of...sigh.


Dad has been having vocal cord problems so his ENT had him scheduled for an Echo and a stress test (pre-biopsy) this morning. They were cancelled due to equipment problems at the doc's, and rescheduled for later in the week. I'm worried about the ol guy, though the ENT surgeon says that if it is the big C there is a 97% cure rate.
With the cancel on Dad's tests, and a call to arms from the gals, I headed to the range for a few hours of therapy...


The pistola gals gett'n ready to put some down range. 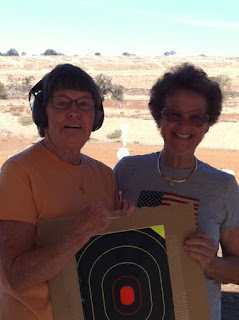 With the new front sight on the Walther (thanks to Flash) I managed to put a couple hundred rounds were they were supposed to go.  Still having low left problems with the little Sig. Still a good morning. 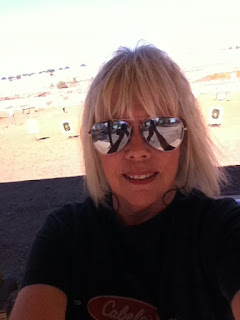 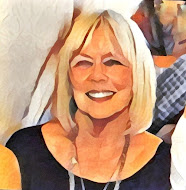