Flowers are blooming in my planters. 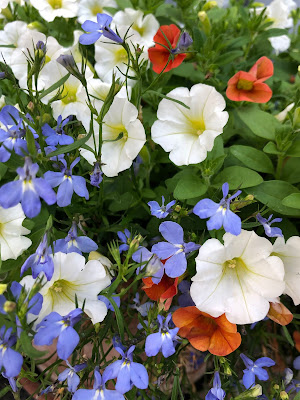 I have been trying to get a few fixits done around the hovel.

Placed rocks and spread new bark around my planter in front. 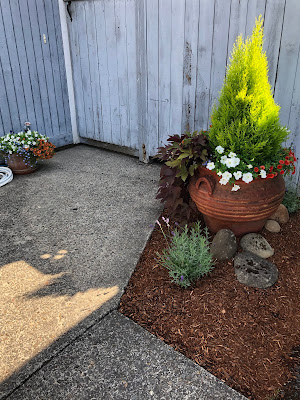 The front deck was dark and nasty, I don't think it had ever been cleaned.  I was going to borrow my Sean's power washer, but was afraid that would chew up the deck.  The local Ace hardware was having a sale so I picked up a jug of deck cleaner.  Mixed half and half with water, broomed it on, waited three minutes and hosed it off.  It looks a little better now. 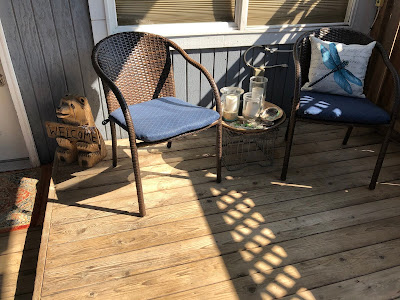 Finally... got my kitchen table and chairs painted. 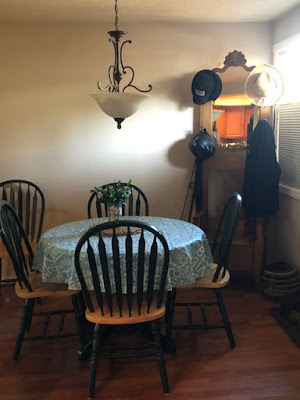 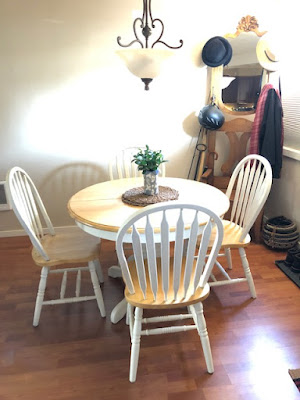 It's a very "rustic" paint job... lol   Still have the table top to refinish, but that's a project for another day.

I'm collecting crosses to make a wall collage for some (as yet undecided) area of the hovel. 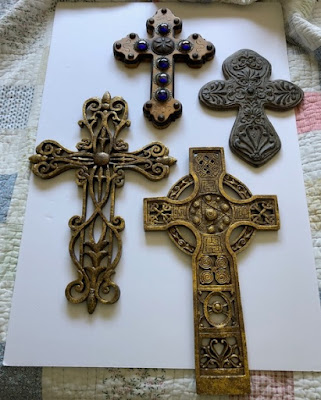 Went to the blood suckers this past week. Everything was going along nicely til the phlebotomist started and the needle was out of position.  Blood sprayed all over me.  She got the needle repositioned and went on with the draw.  She was very apololgetic, I laughed, learned a long time ago to wear old clothes to the blood bank.