Put Willie in his crate, dosed him up on calming chews, and hit the road for Astoria in the pouring rain Wednesday.
High surf warnings with rain showers off and on when we got over there.   A little weather doesn't stop us!
After I stashed my satchel at Sean's house, I went wandering up the hill to the 125 ft high Astoria Column. It is modeled after the Trajan Column in Rome, and features a hand-painted spiral frieze that tells the story of Astoria from the Native Americans to the arrival of the railroad.


from the base of the column looking S to Youngs River

looking NW to Astoria and the Columbia River 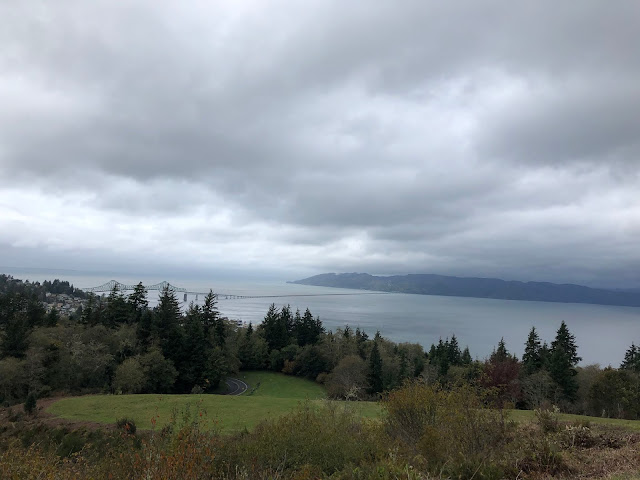 despite the cold wind and rain it was beautiful.

I went back down the hill, and visited the Astoria Maritime Museum.  So much to see and learn there. Really wanted to tour the Lightship Columbia docked there, but it was raining too hard to enjoy, so inside for me.  More info: http://crmm.org/maritime-museum-exhibits.html 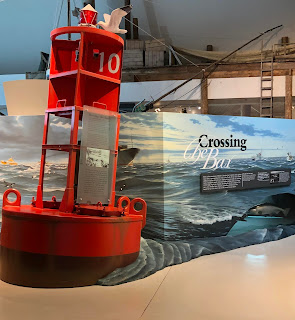 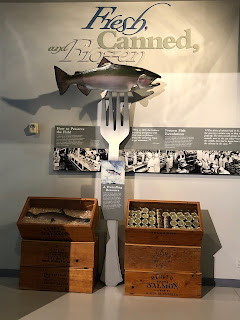 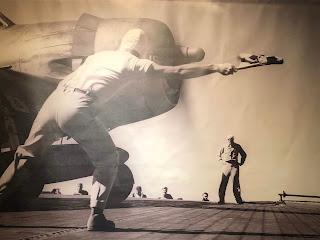 Back to Sean's house to meet up with him and go out to dinner.  Fish & chips at the Astoria Brewing Co. I had the Skipper's Sourmash Stout (their version of Guinness).  Actually the best beer I've had in a while. Will take a growler home next time, for sure.
Sean was up and off to work early the next morning.  Willie and I weren't too far behind him, as there were several places I wanted to visit before heading back to Vancouver.
We went to Ft. Stevens State Park and the Peter Iredale Shipwreck (the Peter Iredale ran ashore on Clatsop Spit, south of the Columbia River channel on October 25, 1906). 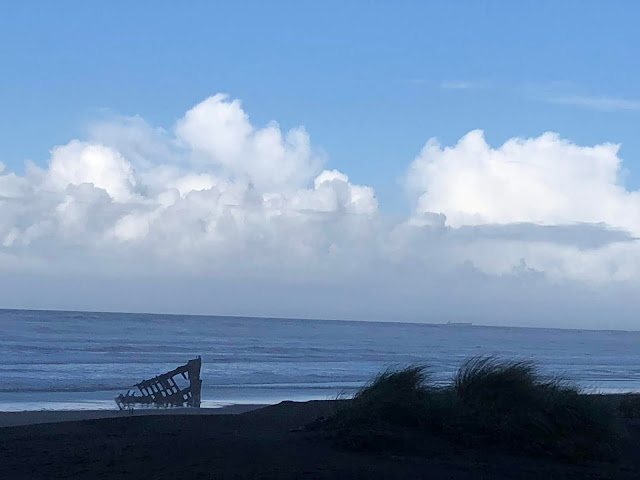 Then down the road a piece to Sunset Beach.

It was spitt'n rain and the wind was blow'n to beat the band, but with my windbreaker and watch cap on I was fine.  Willie couldn't wait to run on the beach and roll in every pile of washed-up debris. After burning off some energy there we loaded up and headed on to Seaside Beach. 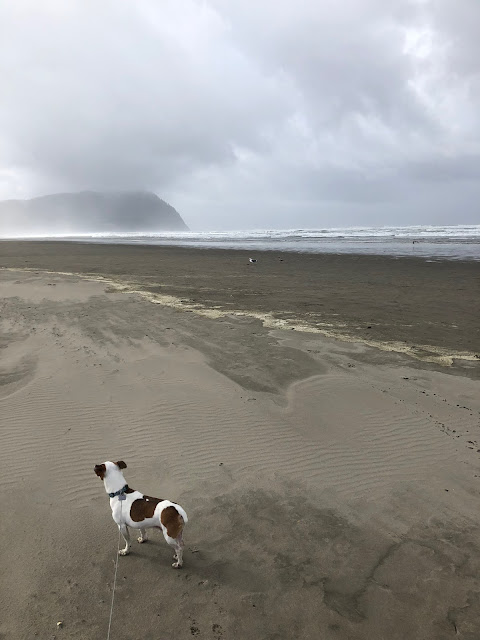 Willie wasn't too sure about blowing sand or the sea gulls... 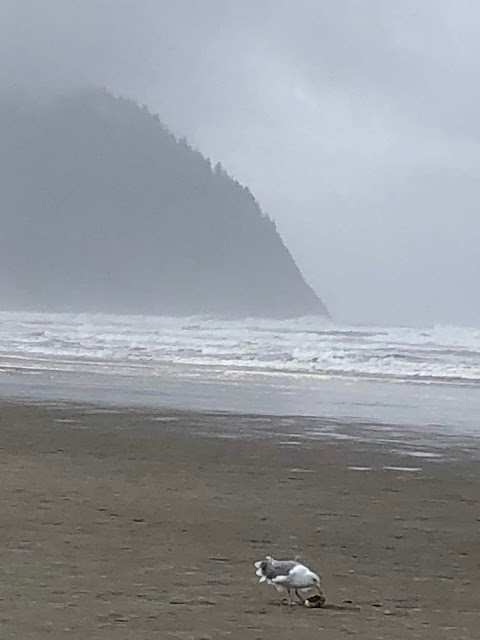 Then I visited a small but interesting museum in Seaside.  Intriguing bits of history there... 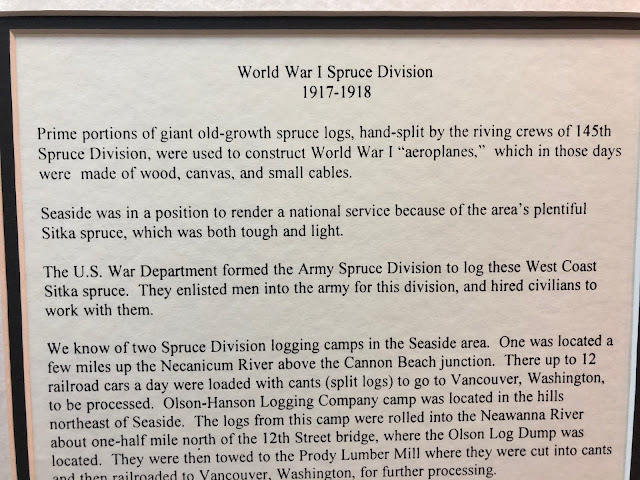 Another tidbit learned there..
Ft Clatsop, was the winter encampment for the Corps of Discovery from December 1805 to March 1806.  They stayed there to mine salt to preserve their food for the journey back East.  Next time, I'll visit Ft Clatsop.

Went back to Warrenton to meet up with Sean at the lumber mill he is currently project manager for.  I got The mill tour from Sean (will have a separate post on that).
Hit the road again, and back home.