Wednesday was a pie making class for me at my SIL Shell's. All my SILs are good cooks, but Shell is beyond good. Her culinary skills are legend in the family. 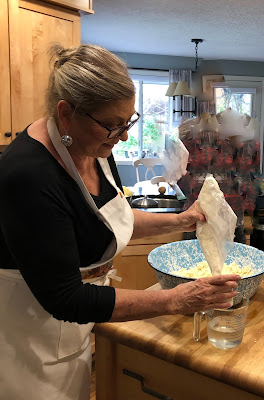 Why she was brave enough to take me on as an apprentice is untold.

My part of the supply list sent me in search of Spelt flour.  This was a must according to Shell, as it makes the best, light and flaky crust. 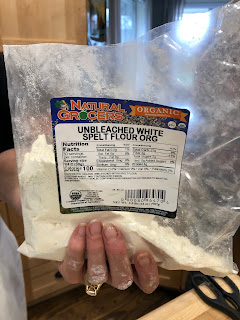 In a big bowl we mixed the Spelt flour with cubes of Crisco, added a touch of water, and a pinch of salt. Formed into balls and placed it outside to stay cold til we were ready for it. 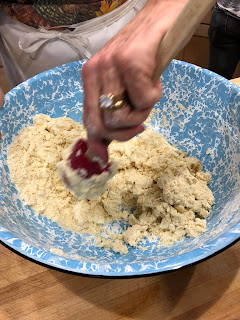 Next (with the help of my niece) was to core, peel, and slice several bushels of apples with ancient paring knives. We used Granny Smith apples, Shell says she prefers Pippins, but they are hard to find here. A mix of Granny Smith and Honey Crisp works for me. 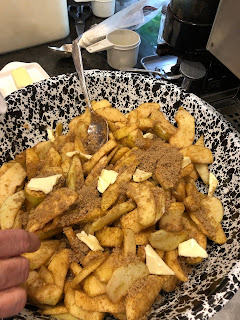 We stirred cinnamon, brown sugar, sugar, and butter into the apples and set that aside while we went on to make the pie crusts.

Shell whipped out her Mrs. Anderson's, floured it up, and rolled out the dough. 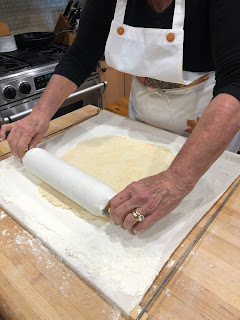 Crust was put in the pan, and filled with the apple mixture. Top crust made and placed over the filling.  Fluted the edges, and baked at 400 for how ever long it takes. 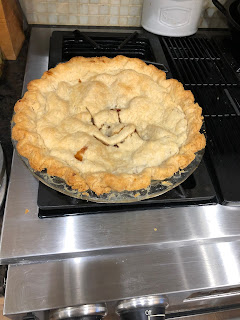 Have a Blessed Thanksgiving!