Yesterday morning the sunrise over the Sierras was a harbinger of things to come. 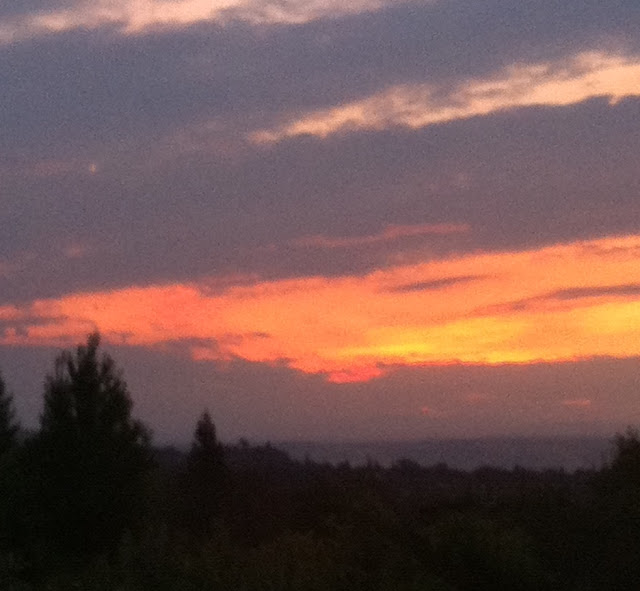 Thunder boomers  had been building all day, and the sky looked very angry indeed.  Only a few rain drops for all that threatening to do more. 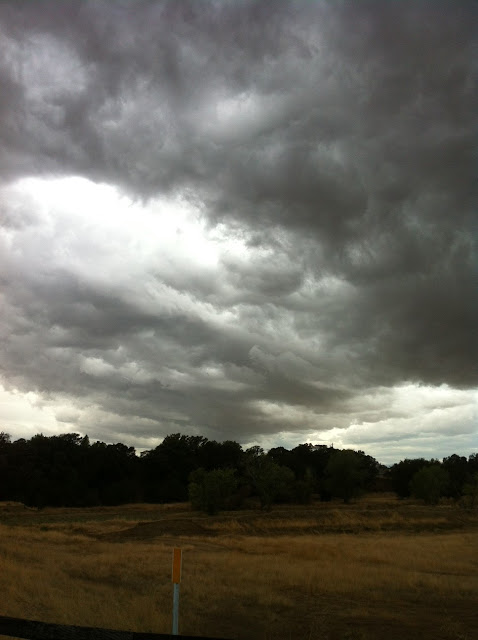 Running errands took me by the clock tower, a mere shadow of the beautiful old building that once stood on that corner. 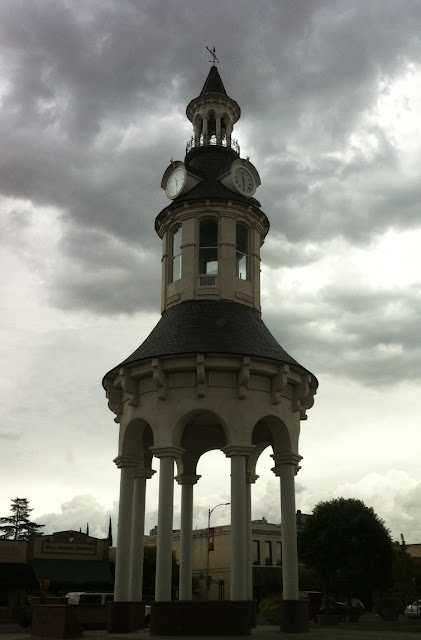 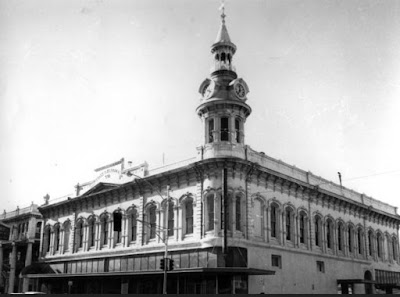 Cone and Kimball Building
Red Bluff, California
The two-story Italianate building with a corner tower was designed by A. A. Cook and named for the rancher Joseph Spencer Cone and the businessman Gorham Gates Kimball. It was built in 1886 and destroyed by fire in 1984.There is a replica of the clock tower where the building once stood.

I was outside in the late evening, when I heard fall coming... 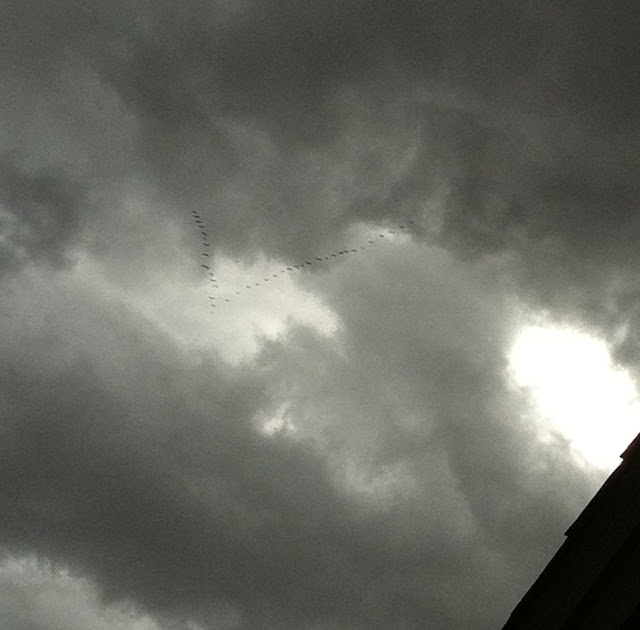 Usually they are heard late at night, as they drift South by starlight.  There was a bunch of honking back and forth, obviously a slight disagreement on leadership and direction.  They eventually settled to the course and were gone from sight.