Dad flew home from his successful trout fishing adventure in Ideeho, Monday.
Just down the hill from my brother's house, is a nice golf course, that no one seems to play. 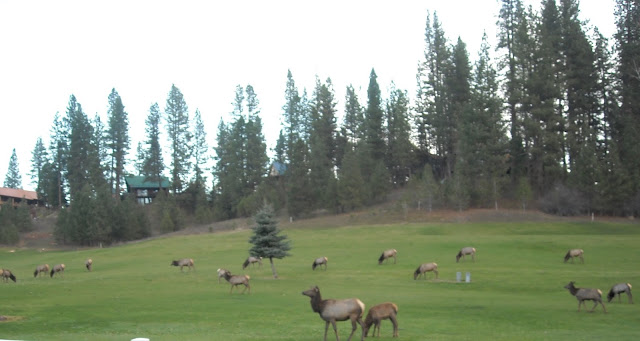 I asked Dad if he played the course while he was there, "No, I was there to fish. Besides, there are always herds of elk on it."
Dad was an avid golfer til a couple years ago when his legs started to fail him.  He has tried a couple of times since I moved up, but it is really not that doable, as he can't stand unaided, much less swing. I have tried holding him up, but he really can't swing like he wants to, and his balance is thrown off.
Yesterday he said, "Let's go play nine holes tomorrow. We can rent a cart."
Tomorrow became today. The weather was cold, but there was a clear blue sky, and we are ringed on three sides by snow covered Mt Shasta, Mt Lassen, & Yolla Bolly. A beautiful day to be outside.
We went to the nine hole course on the edge of town. 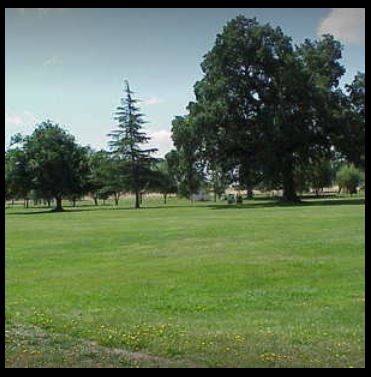 I got a cart, loaded up our golf bags, and a corona with lime wedge for me (Dad didn't want anything). Stuck the score card on the steering wheel and away we went. It was mid week, we have had rain daily until today, so there was only a couple other people on the course.
First hole, I talked Dad into going first, he barely made it to the tee, using both drivers as walking sticks, and my holding him steady.  He teed up, took a couple practice swings, and then swung, only driving the ball a short distance. He started to fall from his momentum and I grabbed him to keep him from going down. He promptly elbowed me in the nose. He said he was done, this wasn't going to work, but he really wanted me to play, and he would coach from the cart.  I felt so sorry for him, it has to be terribly frustrating to mentally be so sharp, and physically not able to do the things he used to do with ease.
I played four more holes, and then we ran out of daylight.
Dad's a good coach, and my game got a little better with his tutoring. I did miraculously manage to find the water hazards a couple of times. 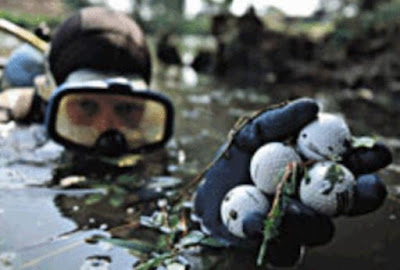 I walked the course while Dad drove the (beer) cart. By the time I finished my beer I had gotten my driver under control, and the walking was great.
On the way home I realized, for all the years mom and Dad played nearly every course on the west coast, they never asked me to play with them. Most likely because I was busy working, pushing cows, riding horses, and raising kids.
The things I like best about golf: you are outside, on green grass, and usually near water.
Dad says we are going to start golfing weekly. Now he's a crafty ol cuss, so there are undoubtedly hazards aplenty...
Posted by Brig at 10:03 PM