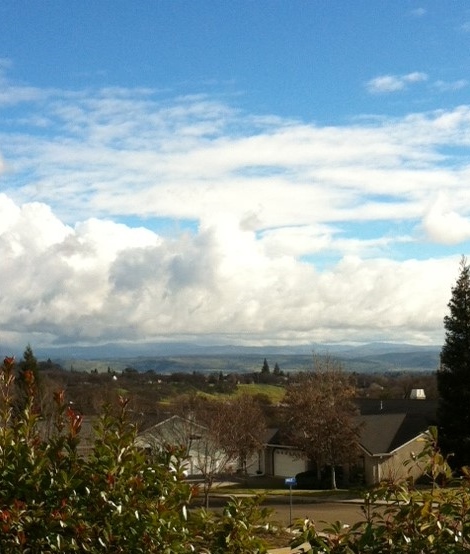 He's home, the sun is shining, and he says he is very happy to be Home.  Willie was thrilled to see him, and required being in his lap for extended periods.  Dad's fine with that, and sneaking treats to him.

The following are just random notes.  I'm posting it as more of a journal for me than anything. Please don't feel you are required to read on, though you are welcome to comment.

The new hip is working nicely, scar has healed well, and he has no pain from it.

He managed to get some orange chicken with rice and a small amount of a protein shake down after he got home. I fixed him corned beef hash with an egg last night, it was his request. It was good, but he struggled to swallow even a few bites. I've talked with his oncologist and the ENT surgeon, and this difficulty swallowing some things is part of what is at this stage. His coughing to clear his throat is about the same. It is frustrating to him that he can't eat many of his favorites without his choking. And we face the aspirating problem.

He is very weak and only manages very short distances with his walker. Then he sets in it and I push him where he wants to go. We have a wheel chair (left over from Mom) and a hoveround that he used to get back and forth to the mailbox(we live on a hill).  I'm not sure about him getting too dependent on mech things to do things for him, need to talk to PT & his doc about that, hopefully Monday.
This morning he was up for a while, got him changed, his three E's in, meds and eye drops in, and gave his legs a massage, and got part of a banana protein shake down him. He wanted his favorite CD of Roy Orbison on the whole house stereo system, so we were rock'n the house, and he spent some time in his den on his computer. He's back in bed now, and comfortable.
I have a dear friend that has been occasionally going to see him with me. She talks to him like this is just a minor bump in the road. I know that she means well, but it isn't the reality, and he & I know it.

He and I both know why he has been so adamant about getting home.

Monday, his home health caregiver will be here, as well as PT and a few others, that he enjoys interacting with. Hopefully they will cheer him up.

Lots of orders for his care came home with him.  He is on nocturnal oxygen, so they showed up not long after he got home and explained the equipment to me. I rearranged some things in his bedroom and that's all in place.  He is to use it when he naps, as well. That gets a little problematic as he is prone to just dozing off in his chair.  Last night was a process to get him ready for bed. Remove the 3 E's:  ears (hearing aides), eyes (glasses), eats (false teeth), put in his eye drops, turn on the big oxy machine, adjust it, put the nasal cannula on him, and the finger oxy tester thingy...  but we gott'er done and him tucked in for the night. Oh, and put the other things that he thought he might need on his night stand, including the big Donger (cowbell/handle)! 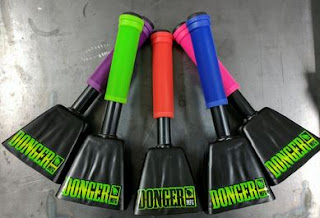 (I told him he better damn well be dying if he rings that thing in the middle of the night. He laughed, and said "Aah I Love You, Sissy, Thank You for taking care of me."   "I Love You Dad, and you are most welcome.")