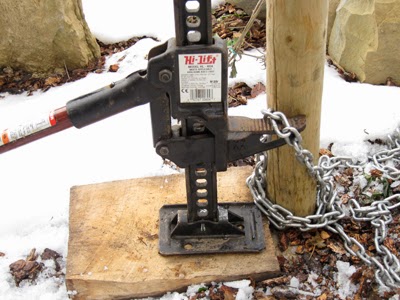 My Hi-Lift handyman jack has seen more country than a lot of truckers. When I moved up to Dad's I left mine under a tarp in the barn next to the bunkhouse. I didn't bring it, as I figured Dad had one.  Now that I could use it, I find he doesn't have one. He's been a townie too long.

There have been more than a few times that thing has saved me.  From using it to change a tire, or winch the heavily loaded Gator out of a sinkhole in the creek, to pulling posts or binding down a load of hay, it is just darn handy to have. A trip down to pick it up is on the agenda, and a cozy spot behind the back seat in the little SUV awaits it.

***
The turkeys are back in country.  Willie and I spotted them on the morning walk. A Jake and two small hens.  We were down wind and they never saw us, or they would have hightailed it out of there. 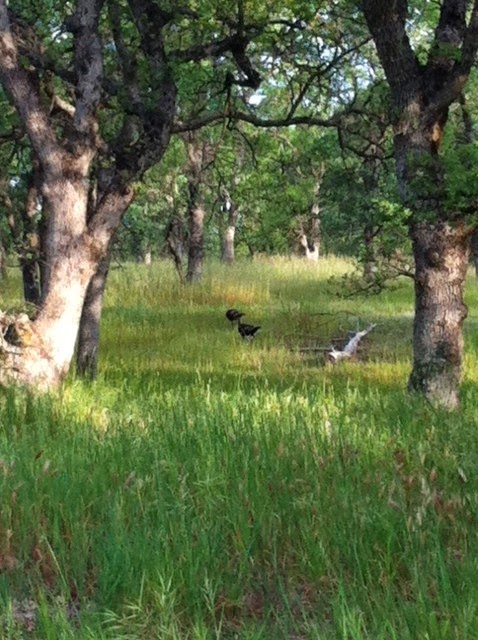 ***
Picked up Dad from his poker tournament and he was all smiles.  He came in 7th out of 100 players, and won a gift certificate to Home Depot!
***
As I have heard from more than one friend recently "you scare the crap out of most men, Brig".  Well dang, isn't that just special!  I'm going to take a nice long shower, paint the cowgirl toenails "Get it Girl Red" and call it a day.
The "Get it Girl Red" nail polish has gone missing, leaving me to decide between  "I'm Not a Waitress" and "Shoot Out at the OK Coral "....lol.
Posted by Brig at 6:40 PM