This week sorta got away from me, none of the chores got done til today. All the normal stuff was put on hold cause the rain let up for a day, the girls called, and we were gone to the range. 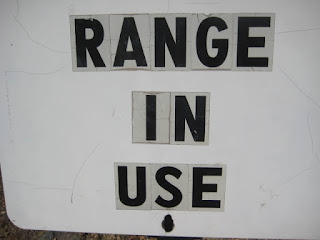 rant on: If you are going to have a big beautiful multi venue range (20 miles from much of anything) you should have first aid kits strategically placed around the facility. (I have a fairly complete FA kit in my range bag.)  I asked the gals about the ranges FA kits, as they are members. They said there might be one in the locked building, with a few band aides in it, haha. Not damn funny! rant off.
Still have trouble with the Walther being super picky about what you feed it. I'm keeping a tally book, so I don't buy ammo it doesn't like. On the other hand, you could probably put rocks in the Sig and it would shoot.
Gal Hint: If you don't normally paint your fingernails, and you paint them bright red before going to shoot, don't, it's damn distracting.
Next day was a 5K training day. There were things to do for Dad and it was pouring rain so that precluded my running in the AM. No worries I thought, I will go watch them sift the geldings at the Red Bluff Bull & Gelding Sale indoor arena and train in the evening. Picked up a friend and she and I slogged through a fair amount of rain, mud and horse manure to get to the bleachers.  All the usual characters were present. It was almost as much fun to listen in on the talk around us as watch the horses. 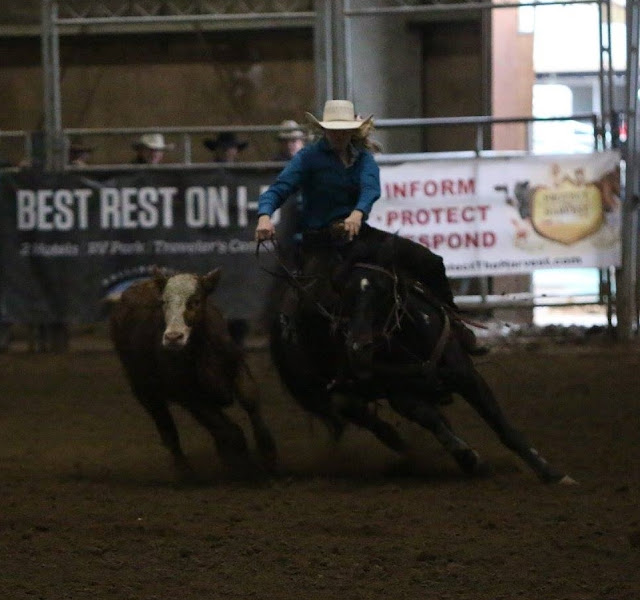 Met a nice older ranching couple from Oregon, that were seated in front of us. She and I swapped ranch horse stories when there was a break in the action. The specific horse we had come to watch was far back in the query, so three and a half hours later we watched it work, and we are out of there. I had not moved from that cold metal bleacher in all that time.  I know better then to set in one position that long, I also know that actions have consequences, or in this case inaction. Got up, grabbed the hand rail, walked down the bleachers, turned the corner, took one step down the stairs and went flying. It must have been something to see!  I made a darn near perfect four point landing on the concrete below with palms and knees. Got up, dusted myself off, thanked the gentlemen that asked me if I was OK.  Proud that I didn't even cuss, and we left the building.  My friend kept saying are you alright, there's blood on your wranglers. Well yes, that's because most of the skin on my knees is missing.
It will be fine, and it will be, but now I'm off a day in training. Speed walked and jogged in the mist this morning, cause the knees are a tad sore. It will be fine...
Posted by Brig at 8:40 PM