YeeHaw... the river god smiled on us this morning. 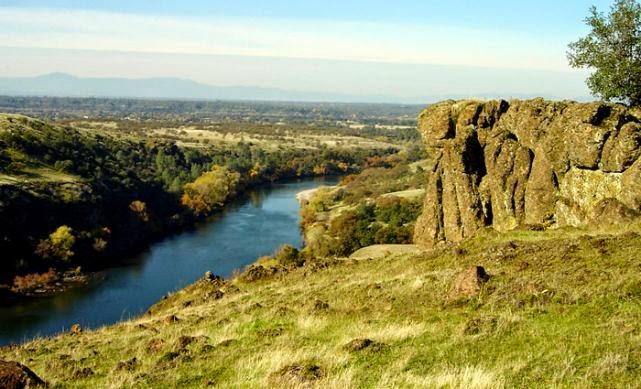 Understand that I have not been on this part of the river in ten years, I have never driven this boat, with this jet before, and the river she changes... often. With that in mind, and the fact that Dad at 90 can't move too well or fast... 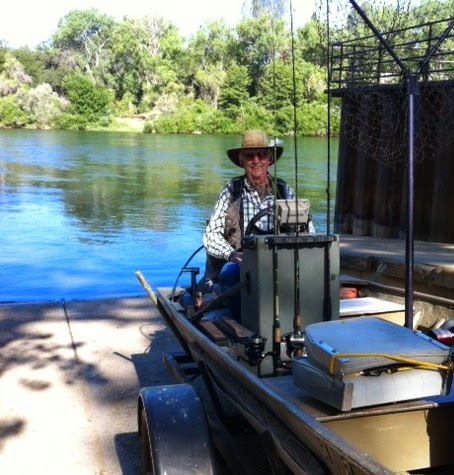 We put in just fine.  Dad put us in the middle of the river and said,  "Here Sis, (he calls me that among other things) take her down to the Buzzard Hole."
I promptly said, "Oh Hell No, we have to go thru China Rapids to get there. You drive down so I can get a bit of a read on the river and the boat. I'll do it after that."
And away we went as he pushed her to full throttle... During the trip down river there really wasn't much time to be gawking at the flora & fauna as what I had told Dad was true. China Rapids is a piece of the river that runs thru a long lava chute, full of rough water, shred you lava rocks, snags, and whirlpools.
We had gone down river to a promising looking riffle when Dad said, "Lets start fishing."
"Dad how about..You fish an I'll handle the boat."
"We can both fish if I throw out the anchor," he said as he started to try to get to the anchor. That was when I had a vision, of him following the anchor into the river, it was not comforting.
"aah you fish, I'll keep the boat in position and just enjoy being on the water."
Dad proceeded to cast, and cast, and cast, and snag the catch pole darn near every time. OMG, I had to bite my lip, to keep from laughing.  "ah Dad, how about I put that catch pole down so you can have a clear field?"
"Good idea, Sis".
Dad didn't catch anything, but he was ok with that. He got to use all the poles, a truck load of lures, and even came back and messed with the fish finder. He called it good, so I took us back up river. Just before China Rapids, Dad yells back, "Full throttle thru the rapids, and whirlpools. If you back off its all she wrote!"  Comforting thought Dad.  I put her in full throttle and away we went.  Was doing just fine, til Dad's honking big lure came unhooked from the line guide and flew right in front of my face. As I was brushing it out of the way, my thumb caught the hook. No big deal, but you know how a finger stick bleeds. Now I'm steering with one hand, as I needed to keep pressure and elevation on the damn thumb. Managed to make it thru the chute just fine, stopped the bleed, and away we traveled up river to the dock. Loaded it all up, and we were home before the home help was due to leave.
The river here is amazingly beautiful. It's constantly changing and there is lots to see. I saw critters, birds, rock formations, even a couple of cowboys watering their horses and dogs.