When the Cowman and I lived up a canyon, I worked for a little local feedstore/garden center.  The owner thought it would be a good thing if I took care of the garden/nursery area as well as marketing feed for all manner of livestock, critters, birds and fish. Fine by me I said, (I'm not a fan of cleaning hamster cages, or bagging live rats for snake food) just give me a bit of leeway to do some demonstration gardens.
I grew a trial straw bale garden at home, as we lived on a hard pan shelf, where the only way to dig a hole was with a stick of dynamite. Our bale garden provided us with all the veggies we wanted and then some, with less work, and less water than a traditional garden. 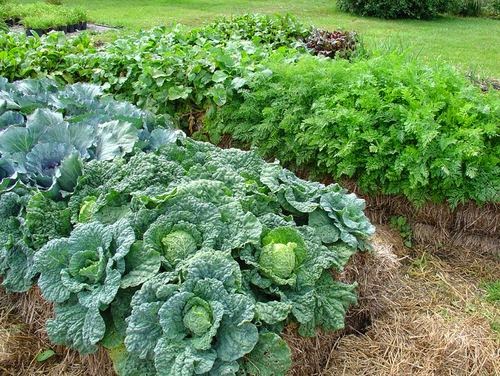 not my garden, not my picture

Next, I put in a demonstration straw bale garden at the store.  It worked well as we had wheat or barley straw bales, T posts, fencing, and starts and/or seeds of most every veggie that would flourish in our zone. My customers loved it. Especially the elderly, wheel chair bound, kids, and those living in places that had no regular garden space or poor soil.
One customer, a rather cranky little ol lady, who had been an avid gardener all her life, was moving from her home to a retirement facility.  She was not able to kneel or bend over easily, so I asked permission from the facility management to put a straw bale garden on her patio.  She planted veggies, herbs, and flowers in her bale (completely hiding the bale).  She loved her little bale garden and spent hours on her patio entertaining the other residents, and sharing fresh veggies.  The last time I saw her she was in the store happily planning her winter bale garden. 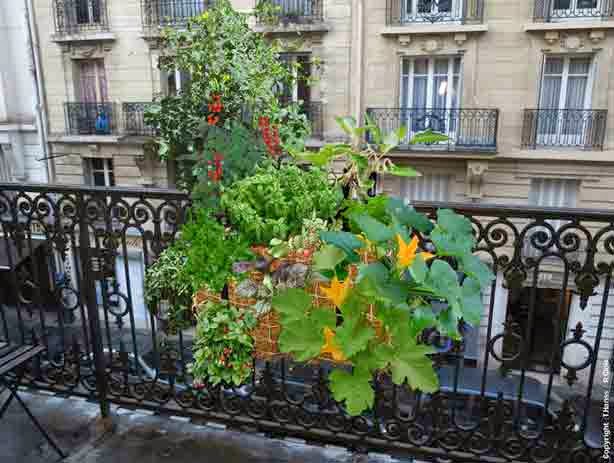 I had a wheelchair bound gentleman that put his bale garden in the strip of ground between driveways, and quickly became the go to neighborhood veggie man. He got a sense of purpose and pride out of repurposing what had been wasted space. It also helped him to reconnect with his neighbors.
The straw bale process I used was gleaned from a bunch of good articles*, and only slightly tweaked to fit our needs.

My home garden was all straw bales for the four years I lived up the canyon on the rock.  After I moved to the bunkhouse at Marymine's I put one in there as well, and that time used flakes from broken bales of alfalfa hay for the path ways.  The alfalfa flakes kept the mud and weeds down between rows, and further improved the tilth of the soil.
I enjoy straw bale gardening, and have successful grown most veggies. The only crop that didn't do well in my garden was sweet corn, even staked it was too top heavy. When space is available, I plant sweet corn in a square block. That way it saves me from hand pollinating.   Anyway, the farmers market has great sweet corn, cheaper than I can grow it. And I don't have to put the blowup GI Joe with a motion sensor squirt gun in the garden to keep the coons away...